He is the definition of perseverance and perfection as an online digital entrepreneur. 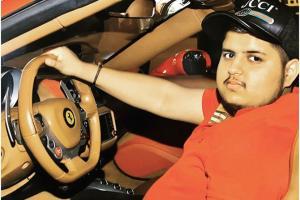 The more we see the technological advances taking place in the world, the more we automatically get inclined towards the same to know and learn about it. As all of us know, that the technological field has always been the one which has seen a surge especially in the recent times, many entrepreneurs, moreover youngsters have tried to make maximum use of the advancements in the field and implement their own creativity as well for excelling in the same. One such brilliant entrepreneur, who understood the importance of it and started working for his career while in school itself, is Utkarsh Raj. Utkarsh is a prominent name in the field of digital marketing and has achieved the status of a successful businessman at the age of 19 only.

All was never a cakewalk for Utkarsh; before becoming one of the youngest entrepreneurs, he went through a lot many struggles in life, failed multiple times to the point where he lost his investments more often; but what made him continue on his path was his upright confidence and courage to face all those bumps in life like a pro. He used to start from scratch every time he failed and worked determinedly to achieve his goals in life. While doing all these trials and errors in life, he realized the value of being consistent.

Talking about his journey as a kid and his love for technology; it all started when Utkarsh was only nine years of age and he aspired to learn everything that dealt with technology. So as he turned 12, he started to learn coding, created innovative apps with games for users, decided to invest in Bitcoins, and made his debut in the area of flipping electronics online.

His hard work made him succeed in all these areas and gave him more confidence to invest in crypto-currency by accumulating enough capital. He kept learning and understood more about the world of dropshipping and Facebook ads. He became the man who single-handedly created 30 Shopify stores, out of which three were made within weeks. And at 19 only, Utkarsh became a six-figure earning entrepreneur who achieved revenue of $50,000 to $100,000 per day. His areas of work so far has been into e-commerce, online marketing, blockchain technology and crypto investments.

Utkarsh while under 20, is enjoying the fruits of his hard work and constant efforts by living a luxurious life; that others can only imagine. However, there are still a lot many things that Utkarsh aims to achieve and this is to do with being the change in the society that could help people in one way or the other. He wants to be the change that can be helpful in altering people's lives and work towards making their lives easier and comfortable by solving their problems and supporting them in their struggles.

To all the budding young entrepreneurs, Utkarsh urges them to shine through their struggles in life and be consistent in putting in their best efforts for making their dreams a reality.

Next Story : Social Media expert Divya Gandotra Tandon gets candid about her journey