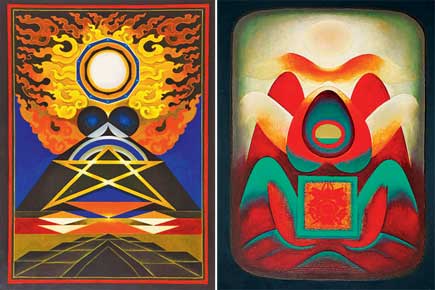 
Artist GR Santosh was one of the most important artists from the Neo-tantra movement known in Indian art. The self-taught artist began his career painting landscapes in Kashmir before he was spotted by SH Raza. It enabled him to study at the MS University at Baroda under NS Bendre. Tantra art is a mystical art form that uses abstract symbols and draws upon Buddhist and Hindu tantrism. Prominent figures in this art form are Shiva and Shakti. 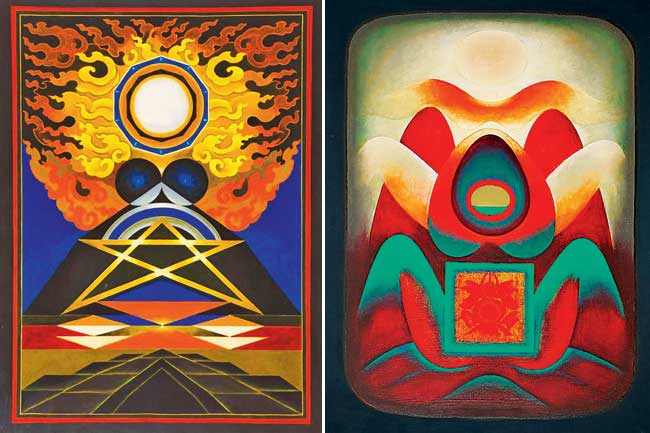 Santhosh spent a few years painting figurative and abstract art like the other Progressive artists but later veered to Tantra post a mystical experience in the Amarnath Cave (1964). Till his death in 1997, the artist continued the study and practice of Tantra.

The retrospective features 120 artworks and brings together works from his early abstracts to figurative works and landscapes as well as Tantra works.

The exhibition will also feature unseen archival material on the multi-faceted artist, consisting of his published and unpublished poetry in Kashmiri and English, his writings on Tantra in English, translated fiction from Kashmiri, his storyboard for a comic book and drawings of Tantra symbols that formed part of his research.

Next Story : World Literacy Day: Hoping for a lettered world