On World Book Day and for the ongoing Dalit History Month, here are some of the most notable and important works by social and political reformer Dr BR Ambedkar that one must read to understand the socio-political and economic oppression as a result of caste 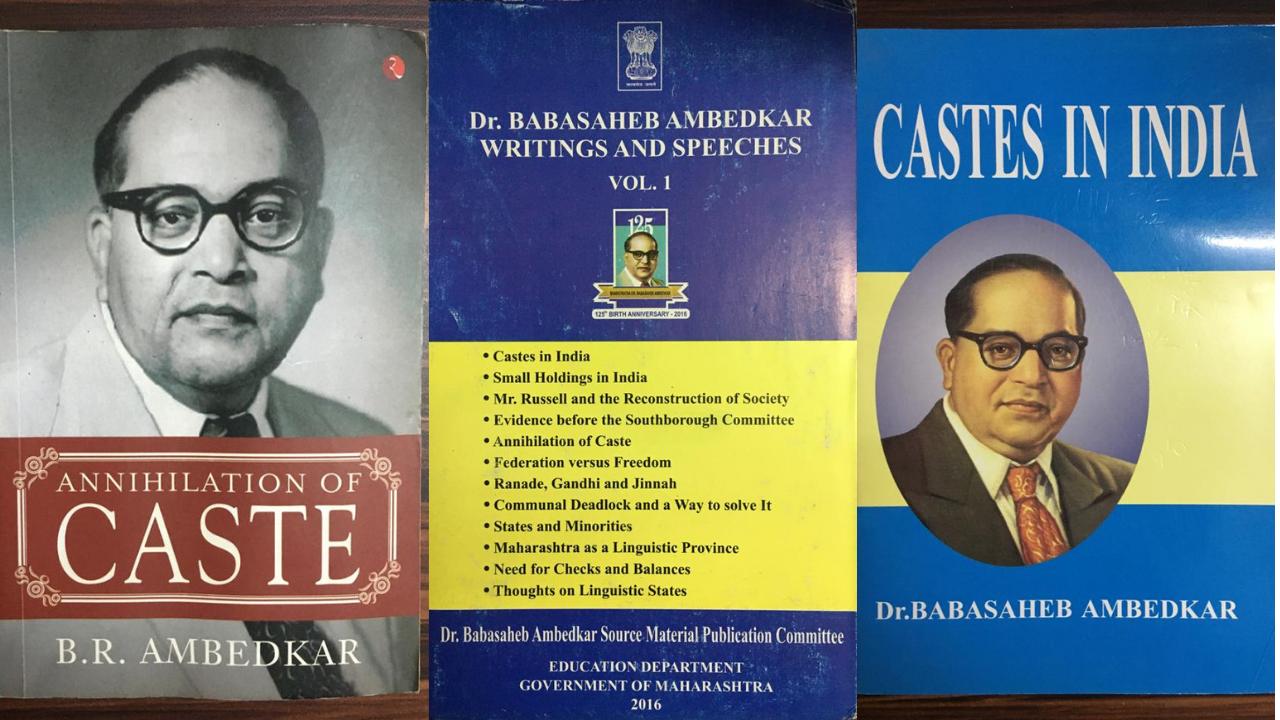 
The month of April is observed as Dalit History Month since 2013 to remember the historical oppression and marginalisation of Dalit communities in India and to highlight the works of anti-caste leaders, artists, scholars, writers and activists. It is also a celebration of these contributions, which have created a space for Dalit expression and assertion in the mainstream culture.

On World Book Day, we look at works of Dr BR Ambedkar, the champion of the social justice movement in the country, who extensively wrote on caste, religion, politics and economics of 20th Century India. To understand caste and other inequalities in Indian society, one must read the following texts by the architect of the Constitution of India:

One of the most important social and political speeches written by Dr BR Ambedkar in 1936, ‘Annihilation of Caste’ is a gate-way to anti-caste literature and sets the stage for conversations that question a Hindu’s religious and cultural belief system. Written for the Jat-Pat Todak Mandal, a social reform organisation of Caste Hindus, the speech remained undelivered because of opposition from the members to parts of the speech. These are the parts where Dr Ambedkar succinctly lays out the fundamental problems of caste, foundations of the Hindu religion, the technicalities of Hindu texts and the way in which Brahminism operated in the Indian subcontinent. For complete annihilation of caste, the speech elaborates on the need to annihilate the Hindu scriptures which continued to strengthen the caste system in multiple ways.

Waiting for a Visa

‘Waiting for a Visa’ is a 20-page autobiographical account written by Dr Ambedkar between 1935 and 1936. First published as a booklet in 1990 by the People’s Education Society, the book is a touching account of some of Dr Ambedkar’s most distressing experiences with caste during his lifetime. In six chapters, he goes on to narrate these instances to elaborate on how caste system impeded access of the Dalit communities to water, public transport, education, jobs and ultimately to a dignified life.

‘Dr Babasaheb Ambedkar Writings and Speeches’ is a collection of seventeen volumes of writings by Dr Ambedkar published by the government of Maharashtra. Available at the Government Press Library at Marine Lines, one can purchase the books for a reasonable amount ranging between Rs 150 and Rs 300. These volumes are also available online for free at the Ministry of Social Justice website and other online platforms centred on anti-caste literature.

Castes in India- Their Mechanism, Genesis and Development

This was a paper read by Dr Ambedkar at Columbia University in 1916. A part of the volumes collected by the government of Maharashtra, ‘Castes in India’ is an important document discussing the genesis of caste in Indian society in context of practices like endogamy, sati and child marriage and its global implications as a cultural identity.

Riddles in Hinduism: An Exposition to Enlighten the Masses

In ‘Riddles in Hinduism’, Dr Ambedkar dissects the philosophy of Hinduism and presents the interpretation and analysis in parts as riddles. In its introductory section, he writes, “This book is an exposition of the beliefs propounded by what might be called Brahmanic theology. It is intended for the common mass of Hindus who need to be awakened to know in what quagmire the Brahmins have placed them and to lead them on to the road of rational thinking.” A part of Volume 2 of ‘Dr Babasaheb Ambedkar Writings and Speeches’, this is another important book to understand caste and Hinduism.

“There is no better source than the newspaper to suggest the remedy against the injustice that is being done to our people at present and will be done in the future, and also to discuss the ways and means for our progress in the future.” - Dr. B.R. Ambedkar in Mook Nayak, 1920

As the quote suggests, Mook Nayak (Leader of the Mute) and Bahishkrut Bharat (Ostracised India) are the collection of editorials written by Dr Ambedkar in the newspapers of the same name launched by him in 1920 and in 1927. Dr Ambedkar’s journalistic works still remain an unexplored and lesser discussed area in the mainstream media. His journalistic writings reflect the entrenched realities of caste-system and poverty in India. An astute journalist with impeccable analytical skills and the right balance of sarcasm and humour in his tone of writing, he could communicate his message to the masses sharply and impactfully. These books are also available at the Government Press Library at Charni Road.

In addition to the above mentioned books, there exist writings by Dr Ambedkar, which focus not only on social subjects, but are also an analysis of political and economic affairs of the country at the time. Some of these include ‘Gandhi, Ranade and Jinnah’, ‘The Problem of the Rupee’, ‘Who were the Shudras?’, ‘Pakistan or the Partition of India’, ‘The Pali Grammar’ and ‘What Congress and Gandhi have done to the Untouchables; Mr Gandhi and the Emanicipation of the Untouchables’ among others.

Next Story : Use these decor tips to add colour to your weekend party