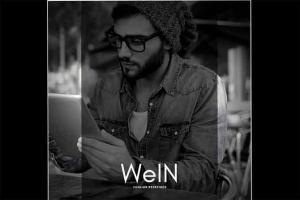 
It was very common for any company especially the brands in the fashion and apparel industry to enter and then even fizzle out after some time because many brands are not able to match up with the ongoing trends of the evolving industry. Umpteen numbers of brands have tried to make their mark in online shopping of apparel and clothing and give a new face to fashion in India; however most of the times it was always the international brands that did the job in India. However, Indians can breathe a sigh of relief now as many such Chinese apps have already been banned, including Shein which has so far been a dominant name in the Indian fashion markets. India has now paved the way for many local brands that can build and develop their names in the market. WeIN India is seen as the best Indian Shein alternative and soon going to control and lead the fashion industry of our country.

Shein-WeIN could have been fierce competitors had Shein still been in the Indian markets; still, WeIN can be the potential competitor for not only Shein but other international brands even globally once this Indian brand gains a global name. The time is very near when the words - Indian Shein-WeIn would be used to describe fashion in India, where WeIN shows extreme potentials to conquer the many untapped markets of the apparel and clothing sector.

For WeIN India, the mission is very straightforward, to make their name synonymous to fashion not only in India but all across the globe where they would be known as the new innovators of fashion and where they would redefine fashion for all their customers. It is the best made in India product and company that has maximized the opportunities they received in front of them and turned every chance into a path that would lead them to success.

The launching of the same would happen most probably by the mid of August. People on their social media handles are already going gaga over their increasing popularity even before their launch. WeIn fashion has decided to cater to all its customers, both men and women. The focus would be; however on women's clothing and would offer apparel in the lines of Shein clothes, Shein dresses, but with their own Indian touch that would not make any customers miss the Chinese brand; in fact, it will make them fall for this amazing Indian fashion company.

Two other things WeIN would be incorporating in them just like Shein; one would be a plus-size section for all their esteemed customers and second, would be to have a loyalty points system for all their loyal customers. WeIN definitely is showing all the possibilities of it becoming a market leader in fashion soon.

Next Story : Be a trendsetter with amazing blouse designs beating all the cliches