Anything for kicks: Inside the secret world of sneakerheads in Mumbai

With the rising influence of sneaker culture in India, inspired mainly by the west, the term ‘sneakerheads’ has gained prominence in metropolitan cities. What goes into becoming one? City sneaker enthusiasts offer a glimpse into their valued collections, talk about market practices and share community tales 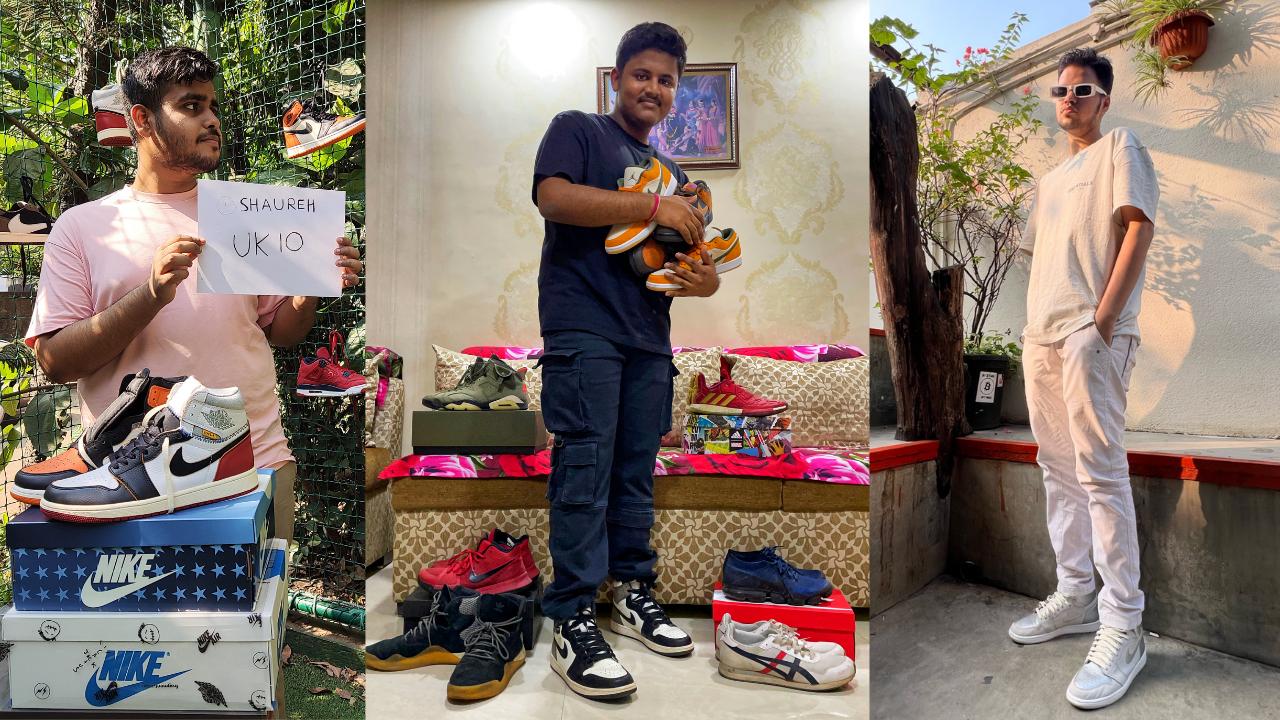 The ‘SneakerHeads of Mumbai (Cult)’ group on social media managed by Yash Anand (third from left) has played an active role in creating a community of the city’s sneakerheads. Image courtesy: From left; Shaureh Khan, Rahul Agarwal and Yash Anand


“Sneakerheads are not just those with a huge collection of sneakers. Every sneaker has a history behind its creation that increases its value beyond the price tag. You can have just one pair and still be a sneakerhead if you know the history of that sneaker,” says Yash Anand, a designer and student from Mumbai. The 21-year-old discovered his ever-growing love for sneakers in May 2020 when he bought his first Adidas Yeezy inspired by the American rapper Kanye West and “has never looked back since”.

Next Story : Here are 7 innovative ways to drape a sari