Time-restricted eating benefits those at risk for diabetes: Research 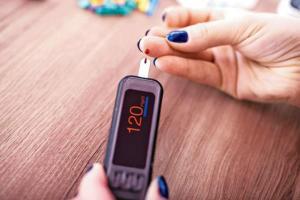 
Researchers have found that people who are at high risk of developing diabetes improved their health when they consumed all of their meals over a span of just 10 hours or less over a period of 12 weeks. The study published in the journal Cell Metabolism reported a form of intermittent fasting, called time-restricted eating, improved the health of study participants who had been diagnosed with metabolic syndrome.

Metabolic syndrome is the name for a group of risk factors, such as high blood pressure and cholesterol levels, that increase the risk for adverse health issues, from heart disease and diabetes to stroke. The researchers from the University of California in the US, found that when participants restricted their eating to 10 hours or less over a period of 12 weeks, they lost weight, reduced abdominal fat, lowered blood pressure and cholesterol and enjoyed more stable blood sugar and insulin levels.

"Time-restricted eating is a simple dietary intervention to incorporate, and we found that participants were able to keep the eating schedule," said study co-author Satchin Panda from the University of California in the US.

"Eating and drinking everything (except water) during a 10-hour window allows your body to rest and restore for 14 hours at night. Your body can also anticipate when you will eat, so it can prepare the body to optimize metabolism," Panda added.

Time-restricted eating (eating all calories within a consistent 10-hour window) allows individuals to eat in a manner that supports their circadian rhythms and their health. Circadian rhythms are the 24-hour cycles of biological processes that affect nearly every cell in the body.

Erratic eating patterns can disrupt this system and induce symptoms of metabolic syndrome, including increased abdominal fat and abnormal cholesterol or triglycerides.

The study involved 19 participants diagnosed with metabolic syndrome, with 16 taking at least one medication, like a statin. Participants used an app created by Panda called my circadian clock to log when and what they ate during an initial two-week baseline period followed by three months of 10-hour time-restricted eating per day.

They were told they could decide what time to eat and how much to eat as long as all food consumption occurred within a 10-hour window. At the end of the 12 weeks, participants averaged a three percent reduction in weight and body mass index (BMI) and a four percent reduction in abdominal/visceral fat.

Many also experienced reductions in cholesterol and blood pressure and improvements in fasting glucose. Seventy percent of participants reported an increase in sleep satisfaction or in the amount they slept.

"Patients also reported that they generally had more energy, and some were able to have their medications lowered or stopped after completing the study," said study researcher Pam Taub from the University of California.

Next Story : Social media use linked to eating disorder in children, finds Research