Is Lower Parel's new restaurant Theory worth a visit? Find out

Yet another restaurant opens doors in Lower Parel’s crowded Kamala Mills Compound. Does it have everything it takes to make it? We dropped in to figure 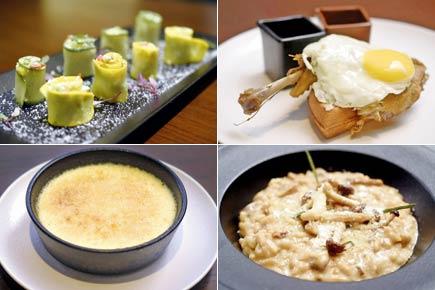 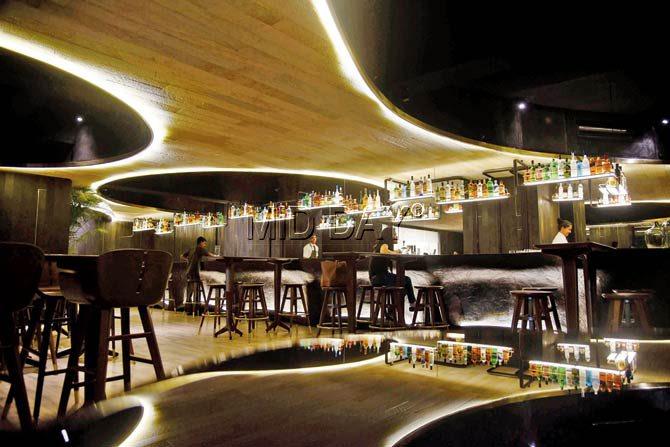 Theory’s interiors have been designed by architects Sameep Padora and Mansi Punde. Padora is the man behind the design of Indigo Deli in Lower Parel, too. Pics/Sameer Markande

Lower Parel is saturated with restaurants and pubs, to the point of distraction. Some have weathered the whims and fancies of diners in the area, while others have come and gone silently. Entering this big bad jungle is Theory, a restaurant that will be serving diners contemporary world cuisine. We stop by to sample an abridged version of the menu before it opens to the public. 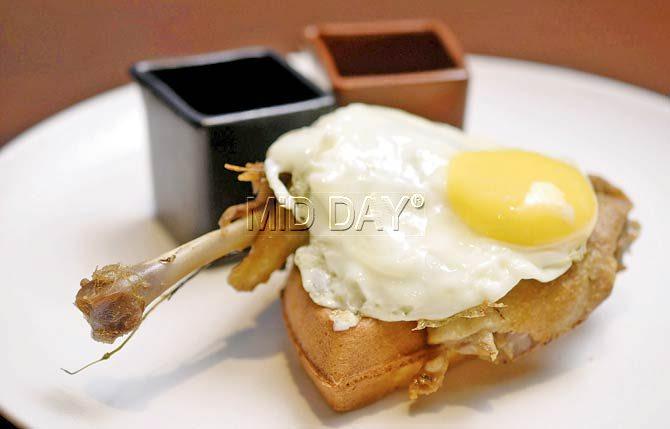 Theory’s interiors are done up predominantly in black and exude sophistication. The space can seat 114 people at a time, and features an open kitchen and a 100-foot-long island bar made of pressed coal — no need to jostle for elbow room if you choose to settle at the bar until a table’s available. 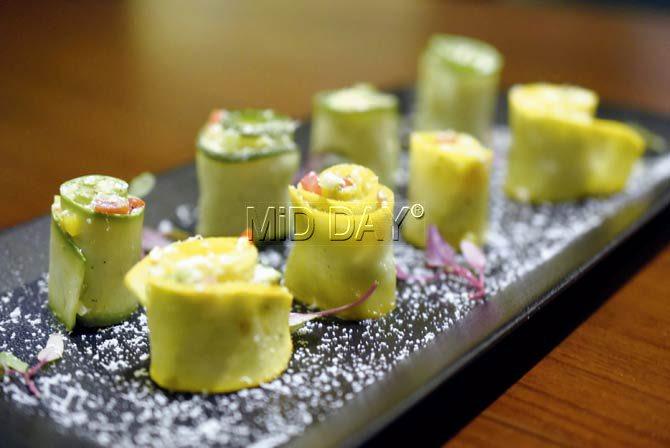 The Zucchini Carpaccio, one of the four versions of carpaccio on the menu

Small plates, big flavours
The menu has been designed by Mickhiel Pinto, managing director at Artisan Food Temple (which owns the restaurant), in collaboration with Simarpal Singh Virdi, who helms the kitchen. 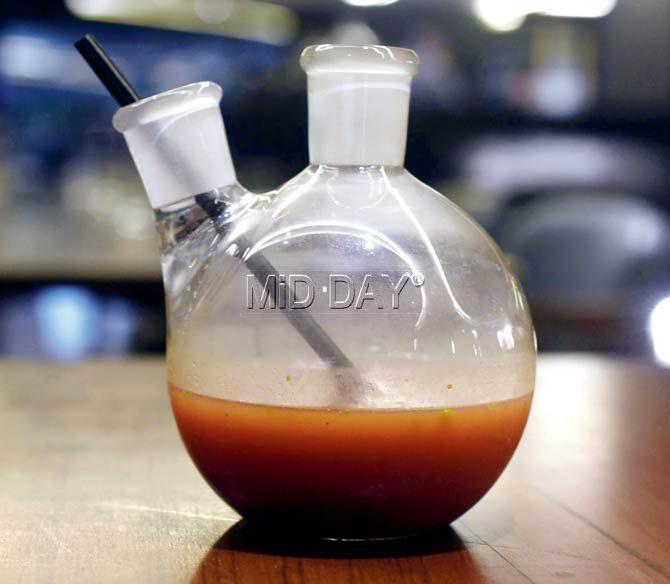 The Hickory Bong is a take on the classic Bloody Mary, but swaps the vodka for Scotch

Over five years ago, SoBo restaurant The Table kick-started a trend in Mumbai when they categorised their menu into small and large plates. This trend doesn’t seem to going anywhere anytime soon, and even Theory has chosen to ride this wave. There is also a small selection of soups and salads to pick from. Opt for the comforting Honey and Sweet Garlic Marinated Pumpkin Soup (Rs 455). 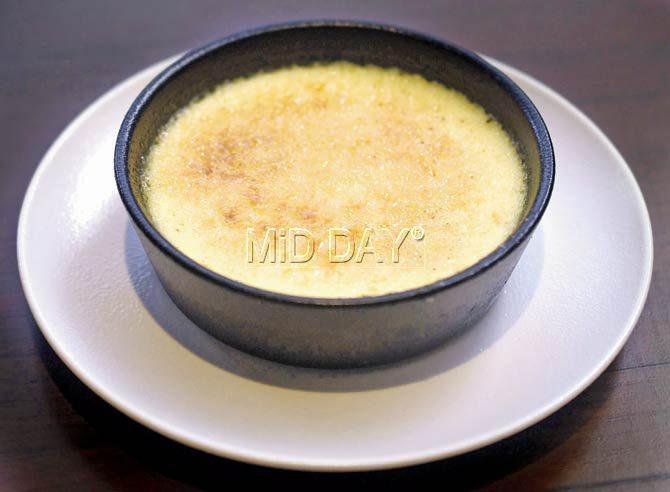 The small plates section has four types of carpaccio, among which the Prawn Carpaccio (Rs 745) — with its cling film-thin layer of prawns — emerges the winner, owing to the zesty yuzu dressing and the toasty sesame-infused olive oil. It’s nice to see that the menu places equal emphasis on vegetarian dishes, turning out a Yam Gnocchi with Crispy Kale (Rs 400), Grilled Artichoke (R780), and a Mexico-inspired Black Bean ‘Meat’ Loaf (Rs 720), topped with a creamy avocado guacamole and served with tomato salsa and tortilla crisps on the side. 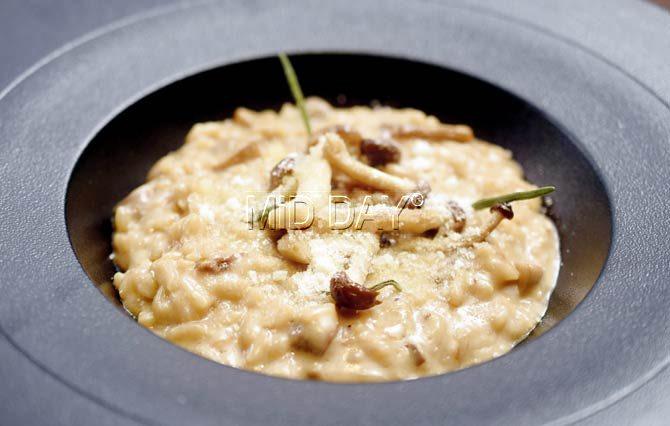 There’s a duck on my waffle
The large plates section is brief. The Porcini Risotto (Rs 675) is done right — rich and flavourful, with the ever-so-slight bite coming from the rice. The Duck Leg Confit (Rs 1,100), however, takes the cake.

A riff on UK-based Duck & Waffle’s signature dish, it features a crisp-skinned confit duck leg placed on a freshly-made waffle. Drizzle on a little of the duck jus and maple syrup, and you have a winner.

The desserts hit the mark too. The layer of caramel topping the Crème Brûlée (Rs 395) cracks ever so gently to reveal a creamy centre. The Blood Orange Sorbet (Rs 295), meanwhile, is for those who’d prefer to end their meal on a lighter note.

The signature cocktails, in comparison, are more experimental. For instance, the Hickory Bong ('850) is a classier version of a Bloody Mary, made special by the use of Scotch instead of vodka. There are several options for teetotallers as well, with the Carrot Ginger Parsley Spritzer ('250) packing a refreshing punch.

On the whole, Theory plays it relatively safe with its menu. That said, it does succeed at doing justice to the flavours it presents on the plate. But in a market like Lower Parel, the hotbed of new eateries trying to carve a niche for themselves, will it be enough to survive?