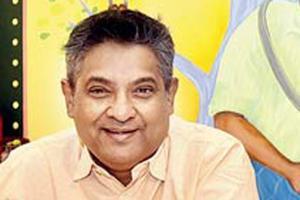 
Celebrity restaurateur-chef Floyd Cardoz who was in the city for the opening of the third establishment by Hunger Inc, The Bombay Sweet Shop. has been tested positive for COVID-19, a statement on behalf of Hunger Inc, has confirmed.

Cardoz was in Mumbai until March 8, and had taken to Instagram three days ago to announce that he had contracted the virus 10 days earlier, and that he had admitted himself in a hospital in New York. He said in the post that he didn’t know how and where he had contracted it. But he deleted the post shortly after and posted a new message two days ago, clarifying that his hospitalisation was a precautionary measure and apologising for the panic his earlier post had caused.

However, test results are out according to an official statement released by Hunger Inc, confirming that the star restaurateur-chef has been tested positive. Here is a copy of the statement: “Floyd Cardoz (59 years), currently admitted in hospital in New York, USA, tested positive for COVID-19 on March 18, 2020.  As a precautionary measure we have informed the Health Department in Mumbai about the same. We are also reaching out personally to people who have interacted with him during his visit to India, so they can take necessary medical advice should they indicate any symptoms (fever, cough, shortness of breath) and/ or self-quarantine. Floyd Cardoz flew back to New York from Mumbai via Frankfurt on March 8, 2020.”

Cardoz, who attended culinary school in Mumbai and later at Les Roches in Switzerland, made headlines in New York City in the late 1990s with the opening of Tabla, the fine-fine Indian restaurant, and later El Verano Taqueria and North End Grill. In 2014, he opened White Street. His first big imprint in the city came in 2015 when he opened The Bombay Canteen in Lower Parel. In 2016, Cardoz created a flutter in NYC with Paowalla, which he shut down in 2018 to reopen as the Bombay Bread Bar. The chef returned to India to open the Goan fine-dine O Pedro in BKC to redefine the state’s cuisine, and most recently with The Bombay Sweet Shop, that reimagines Indian mithai with influences from across the country.

Next Story : Digesting the facts