Mumbai Food: City chefs figure how to seduce the nerves of your nose

If you thought a dish lingers in your memory because it looked divine, or tasted delicious, you've been focussing on the wrong sense. City chefs tell us why they are spending time figuring how to seduce the nerves in your nose 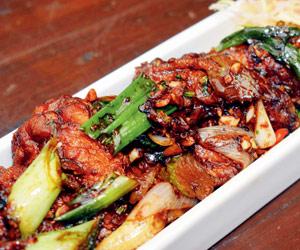 Four months ago when Amit Vaidya took over as executive chef of MRP in Dadar, he decided to do away with the sobriety in the appetiser menu, and introduce drunken chicken wings to entice young guests. "I thought what better than Old Monk to do the trick, because when dark rum marries chicken, it leaves a heady, caramelly cadence that is instantly inviting." Vaidya gives us a demo when we meet him at the restaurant on a rainy weekday morning. The 60 ml of Old Monk that he has set aside is poured over as finishing touch onto the wings once they are fried and pan-tossed. "You cook it for five minutes so that it blends with the chicken, and then serve," he suggests. When the dish is brought to the table, predictably, it's the aroma that hits us first - full bodied, sweet and smokey. We are sold. 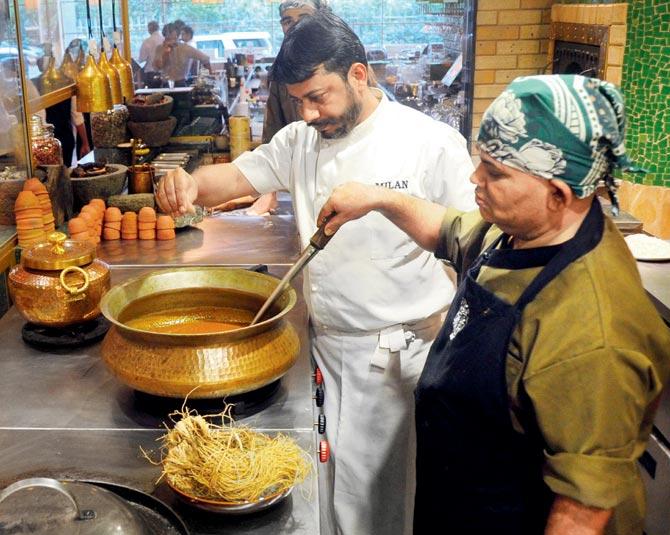 Vaidya is not alone in his experiment to play around with ingredients to heighten the dining experience, and they are not relying on taste alone. "Flavour has two components - aroma and taste. The aroma is the first invitation [to try the dish]. It plays a crucial role since it prepares our body for digesting food by triggering our salivary glands. Without this, our stomachs wouldn't be ready for food," says chef Himanshu Taneja, executive chef at St Regis, Lower Parel. Taneja has an ammo of ingredients that he uses to heighten aroma, including rose, khas, star anise, clove, and Asian herbs like kaffir lime, lemongrass and galanghal. "I have seen a lot of chefs use hickory smoke," he says of the concentrate made from actual smoke of hickory wood popularly used in barbecues. "You'll find it in a range of flavours including vinegar, maplewood and applewood. Add a few drops and the dish tastes like it has been smoked on charcoal," he says. It's also available in the form of a spice powder which when added makes a food taste like it has spent hours in a smoker. 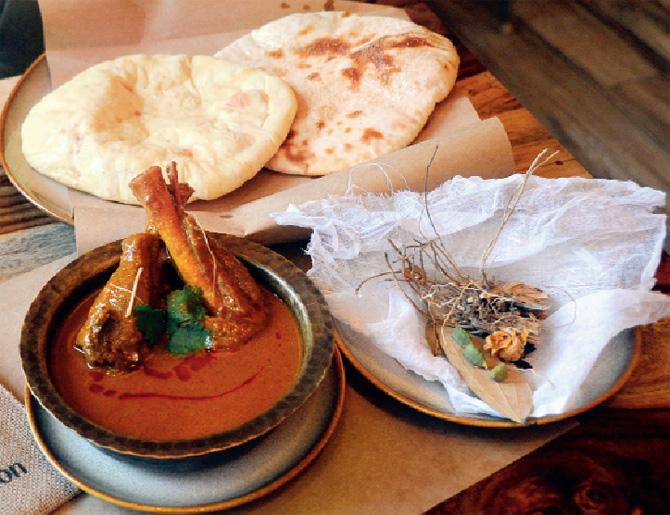 Evoking memories
Last month, chef and restaurateur Manu Chandra held a workshop titled Memory Recipes at the Serendipity Arts Festival in Goa, where he tried getting visitors to conjure up memories through the sense of smell. "It was remarkable how people experienced childhood memories through a set pattern of smell. It could be ajwain [carom seeds], hing [asafetida] or kadi patta [curry leaves] that do the trick. The memories associated with smell are some of the strongest in the brain," he says.

Funnily, the 15-minute workshop left participants starving, since their appetite had been whetted but there was no food on offer. The need for the workshop, says Chandra, emerged from his own desire to explore the connection between aroma and memories. "For me, the smell of wet earth and fresh coffee beans, top the list. They almost always evoke memories," he says. Chandra doesn't consciously design his food around flavour, because the "scientific truth is that 80 per cent of your taste is smell." "It's the sense of smell that constitutes the palate, and not taste," he explains. While Chandra may refrain from it, aroma therapist Amit Sarda, co-founder and MD of Soulflower, a venture of handmade soaps, massage oils, fragrant candles, often has restaurants approaching him for inputs. "Typically, fragrance is separated into three classes; head/top notes, heart/medium notes, and base notes; which denote groups of scents. 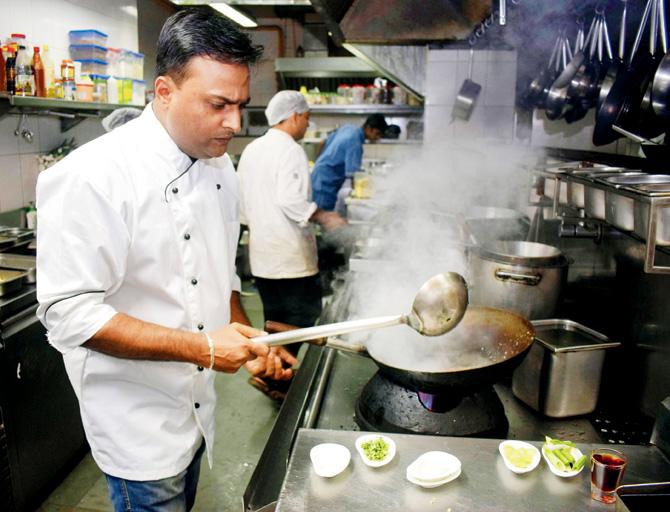 Restaurants normally invest in the head and heart notes because they want fast results," he says. He gives us the example of ginger, saffron, cinnamon, asafotedia, black pepper and cheese. These form the top notes and can instantly tempt the eater. "These can tempt you with the first whiff. Medium notes are usually mellow, rounded and are felt only after the first three inhalations. They will help you tell the difference between the top and base notes," he says. Garlic can serve as both, base and top note depending on how it's cooked. "If you add raw garlic to a dish, the fragrance will remain till you are done. That's the base. If you add crushed garlic as seasoning, it'll work as a top note." Sarda says it's ingredients with a base note that have maximum depth and permanency. These will remain constant throughout the dining experience. 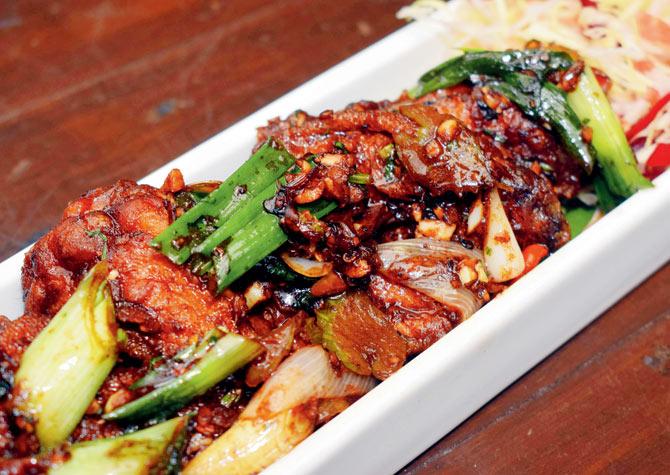 Diffusing in time
While the traditional Indian restaurant is usually engulfed with the aroma of fried onion and garlic, it's a feature that chefs at swanky, air-conditioned restaurants are happy to dissociate from. It's a tricky terrain, says chef Milan Gupta of the newly-launched BKC restaurant Taftoon, which earns its name from a cardamom and saffron bread. "On one hand, you want people to soak in the aroma, but you don't want it at the cost of interfering with the dining experience at a neighbouring table," he says. And so, in the gosht nihari he serves, Gupta prefers to use the vetiver root or what is commonly known as khas ki jad, sourced from Lucknow. It's known for its delicate and subtle aroma. "It's a special ingredient in the potli masala that infuses an edible fragrance or perfume, adding not only to the taste but also to the sense of smell when a guest tries the dish," he says. The subtlety of the ingredient, and the fact that the exhaust systems in the kitchen are now designed to keep the air-conditioned restaurants free of food smells, ensures guests at the next table are left unaffected. 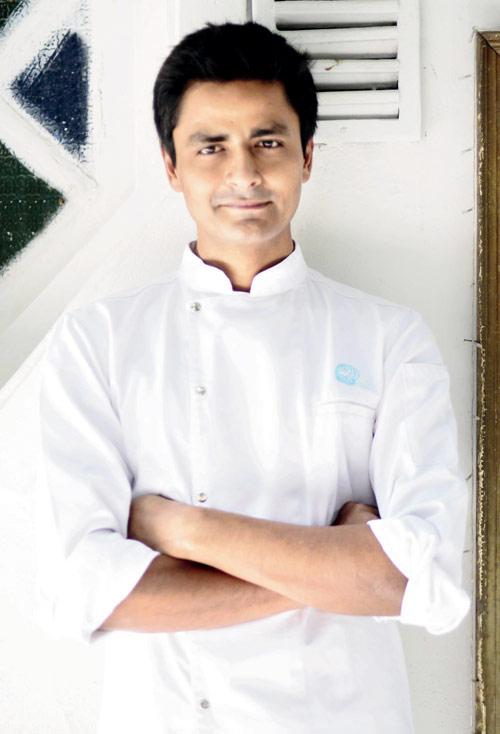 And, it's not just food, but drinks too that are being experimented upon. Mixologist Binny Dadhwal says guests are warming up the idea of identifying aromas. He normally gets questions when he concocts a drink using herbs. "I like the glass to leave a trace of aroma. When that happens, you know the memory of the drink will linger with the patron."