Air India: Crew recall days when Maharaja was the pride of the nation

As airline company Air India gets ready to move into private hands, crew members share their memories of flying around the world with the Maharaja and when they were synonymous with royalty 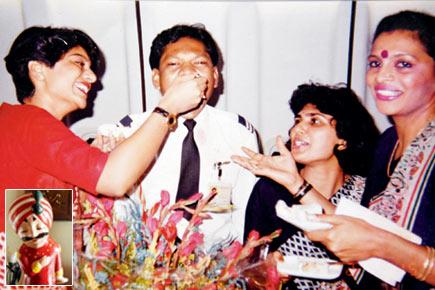 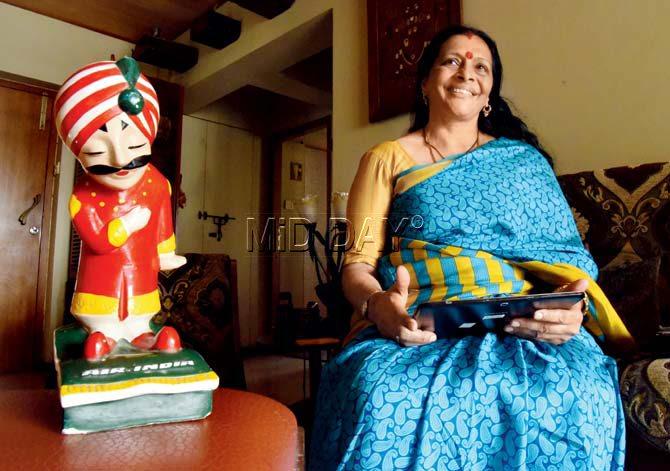 On the ninth floor of a tower block in Malabar Hill, the view is almost cinematic. We are sitting beside veteran pilot Captain CRS Rao, and, as we hear the nonagenarian regale us with stories from his rusty, yet incisive memory, we cannot ignore the irony. Overlooking us in the far distance, beyond the steely grey Arabian Sea, is the Air India building, the institution where Rao worked for over 30 years, before hanging up his hat in 1985. Having trained hundreds of pilots as director of training, the man whom Jehangir Ratanji Dadabhoy Tata, alias JRD, most trusted when laying the foundation for a supreme airline, still gets emotional when reminiscing about his days in the cockpit. It's but natural that the current state of disrepair that AI finds itself in makes Rao anxious. 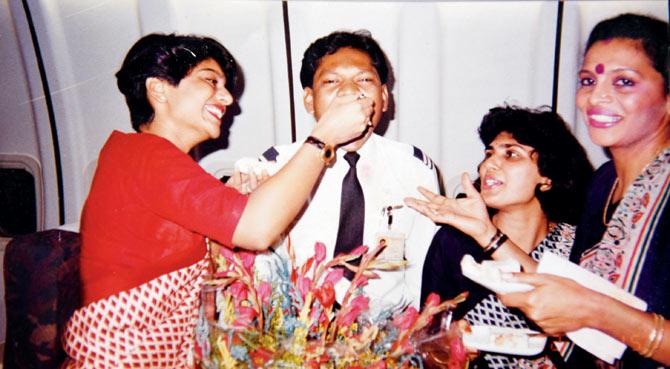 With the government giving its nod to the airline's disinvestment, there's a faint glimmer of hope that its fortunes will take a turn for the better. But, in this period of chaos, AI's most faithful squad would rather take comfort in the Golden Era of 'The Maharaja', when JRD's labour of love was among the frontrunners in the airline industry. 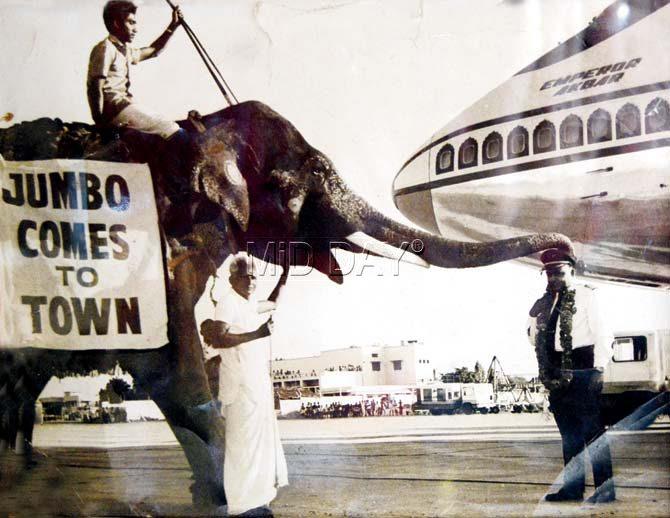 Capt CRS Rao says that when he flew the Jumbo aircraft, which had just been included in the Air India fleet from America to India, an elephant greeted him at the Chennai airport where he landed. Pic/Sameer Abedi

JRD, the architect of AI
Captain Jag Mohan Nath, 87, the only living Indian Air Force veteran to be decorated with the Maha Vir Chakra twice, abruptly ended his stint in the armed services to join Air India in February 1969. It wasn't unusual for IAF pilots to trade the fighter planes for commercial flights, he tells us. 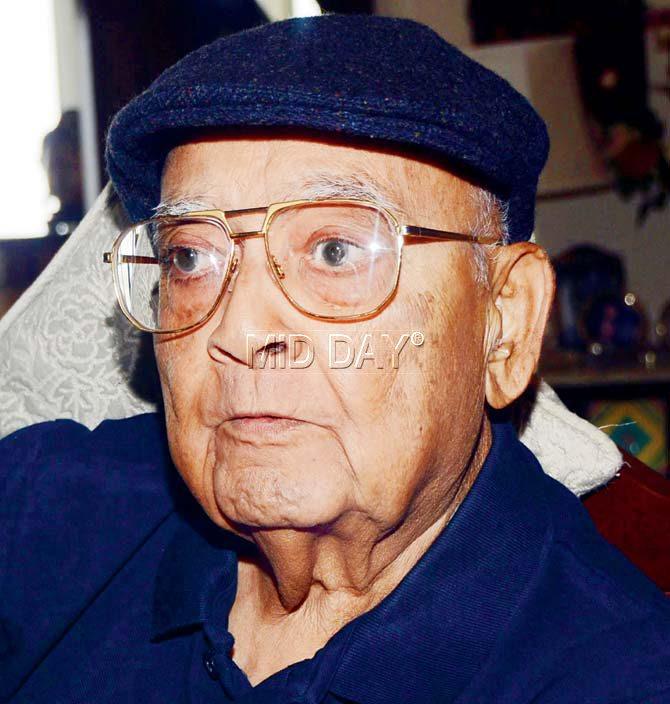 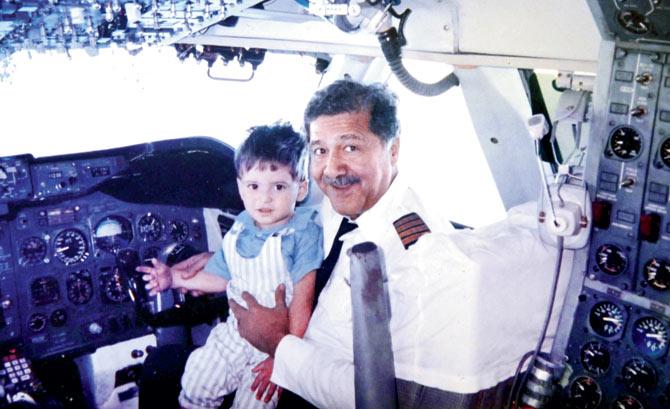 Captain Jag Mohan Nath, 87, the only living Indian Air Force veteran to be decorated with the Maha Vir Chakra twice, seen in the Air India cockpit with his grandson in the late 80s

But, barely had the former IAF aerial reconnaissance photographer started flying, he found himself at the heart of a major pilot strike when AI decided to end the three-year permanent postings for pilots in London, Perth and Hong Kong. JRD, who helmed AI then, called upon the IAF contingent of pilots to discuss the matter. It is during this meeting that Nath had his first encounter with JRD. When the Tata head probed him for suggestions, Nath didn't hold back. "Sir, this strike is being held because of you," Nath dared. Shocked by his defiance, some of the seniors in the room tried to hush him up. But, JRD encouraged Nath to continue. "We [pilots] miss you a lot. Maybe, you should have more interactions with the commercial staff and the operations crew," he added. JRD smiled and agreed to look into it soon. 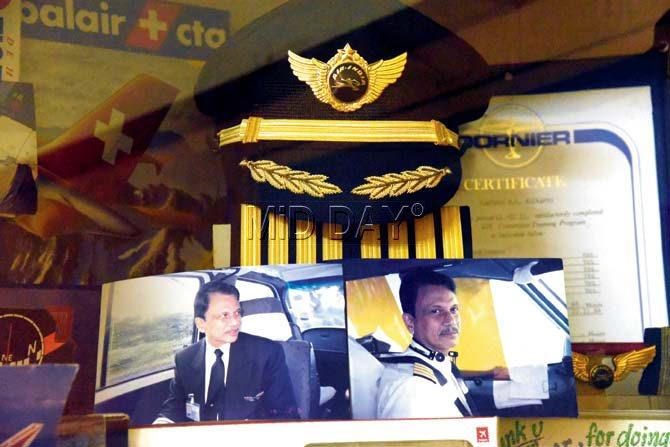 Capt. Anant Kulkarni, who retired from AI in 2002, says the airline’s floors were covered in Kashmiri carpets, and the aircraft would boast of bright art murals for interiors. PIC/Rane Ashish

While JRD was excessively involved with the airline, his primary focus had always been on building a top class cabin crew — one of the reasons why AI was No. 1, explains Nath. Famed solo traveller Meher Heroyce Moos, 72, who joined AI in August 1965, recounts, "Once, when he was flying, he quietly went behind and turned the curtains [separating the first class and economy] to see if there was dirt at the back." Everything had to be in order, says Moos, who retired as deputy general manager with the airline at 58. 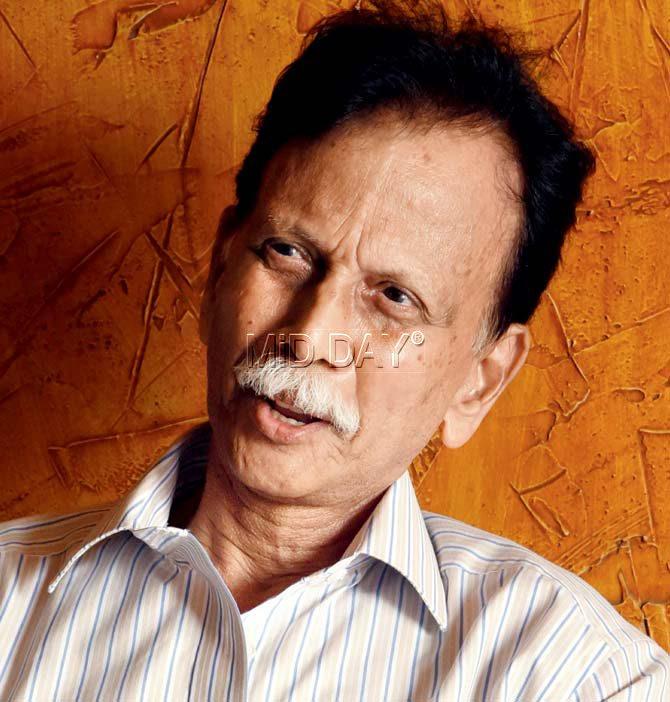 But, unbeknownst to many, the aviator boss had taken a few pilots into confidence. Rao, a close associate of JRD, who flew him many a time, remembers how particular the latter was about every minute detail on the craft. "Sometimes, he would call me to his office, and chat
about how the routes we were flying were faring." 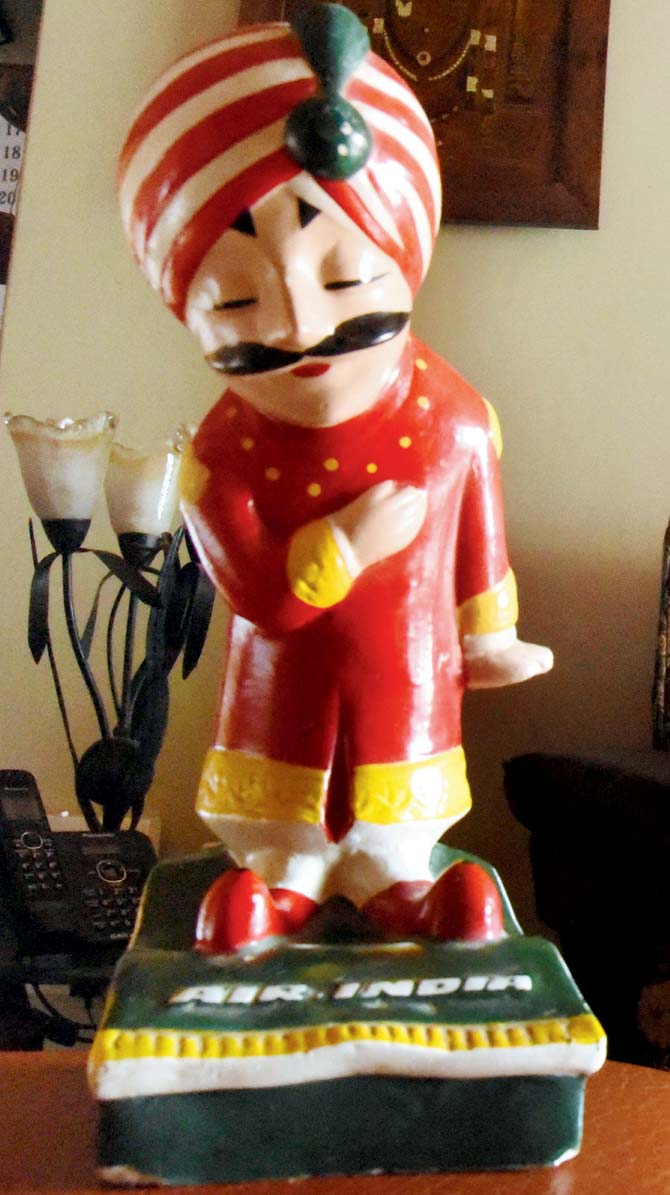 Then, there was a minister, whose name Rao's failing memory can't recall, who created a ruckus by insisting on reclining on a first class seat in a way that made it difficult for co-passengers to move or sit. When Rao brought it to JRD's notice, he immediately ordered that the design be tweaked so that no one would ever recline too far behind. 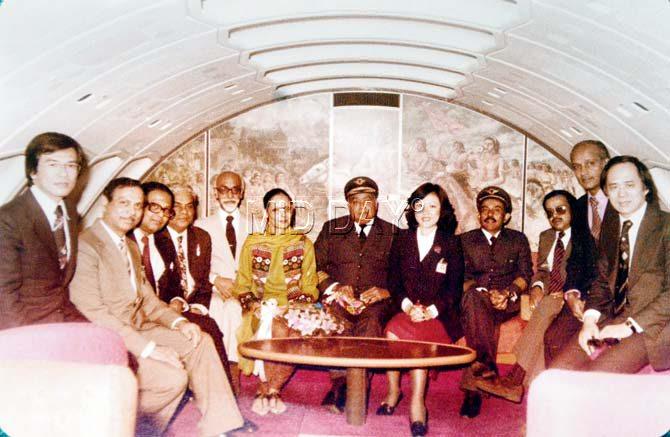 A palace on wheels
By the mid 1960s, flying with AI held great prestige value. The likes of Maureen Keelan and Parmeshwar Kaur, who were part of the cabin crew and went on to marry into the Wadia and Godrej households respectively, had already brought in the much-needed glamour quotient. The 70s had its own swing, recalls 83-year-old Captain KS Chandrasekar, who continues to train AI pilots even today. "The captains had an aura about them. We used to be called the Brylcreem [hair cream brand] boys because of the kind of look we had — gelled hair, smart uniforms and always surrounded by pretty girls. We were a source of great envy," says the IAF veteran. 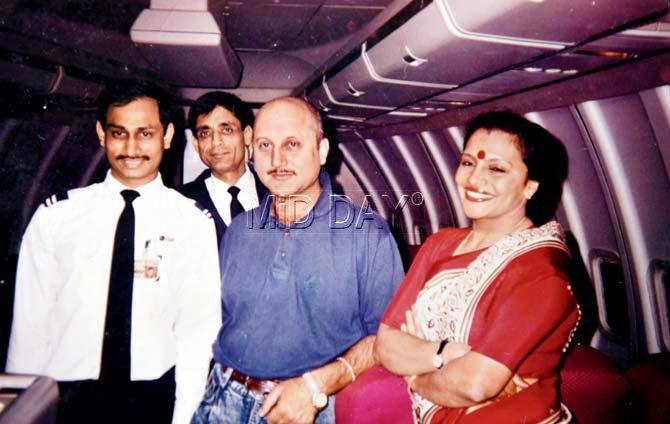 And, the aircraft, right from the DC 3, Super Constellation, the Boeing 707 and 747, were the best in the world, says Rao, who was among the few pilots to have had the opportunity to fly all of the aircraft. 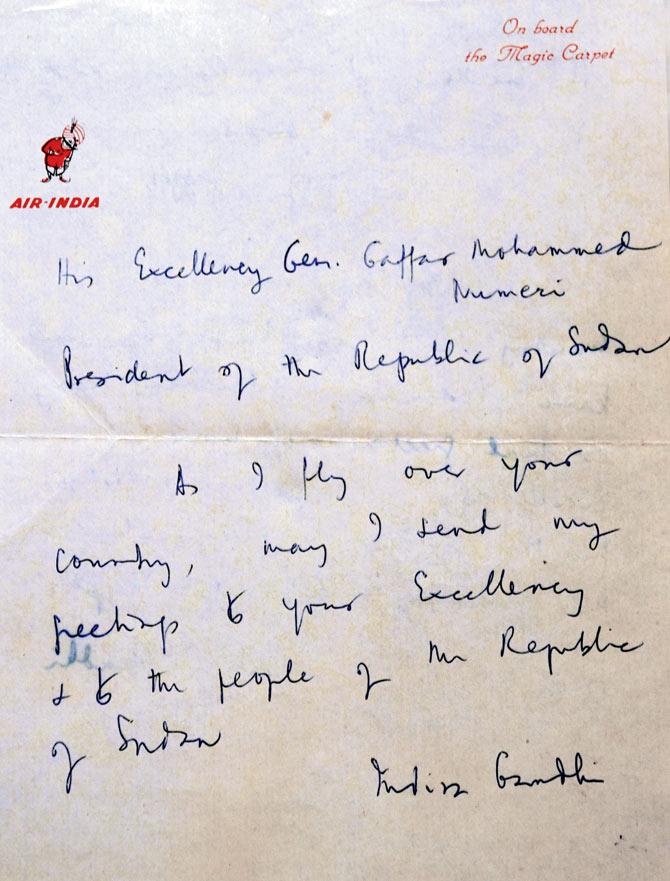 A hand-written note by PM Indira Gandhi that contains her protocol announcement to the President of Republic of Sudan, as she was flying over the country 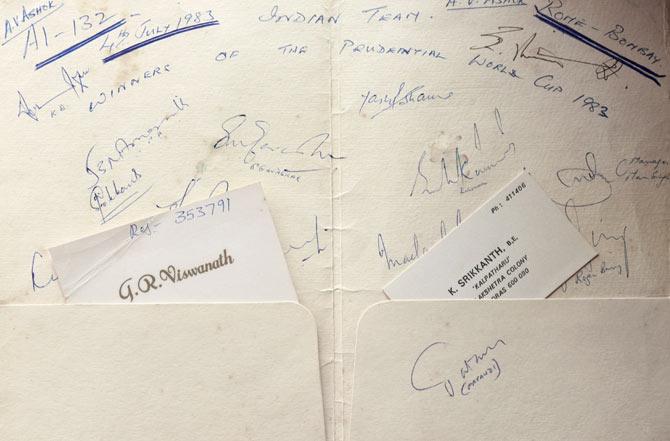 Retd manager and in-flight supervisor AV Ashok's collection of autographs from the Indian cricketers, who were flying from London to Bombay on the Air India flight, after their 1983 World Cup win

Retired senior manager and cabin in-charge Sheela Karunakaran, who met her husband AV Ashok on her first flight, when she joined the cabin crew in 1978, remembers the four-course meals that were served on first and club class. "Our meals were the finest in the world. In fact, people would choose AI because of the food. We offered a variety of liqueurs and only the best of French wines. For snacks, main entrée and desserts, the guests could choose from both Continental and Indian cuisine, all served on fine Doulton crockery," says Karunakaran, who also received a special award for her contribution towards maximum evacuations during the Gulf War, and most recently, Cyprus. 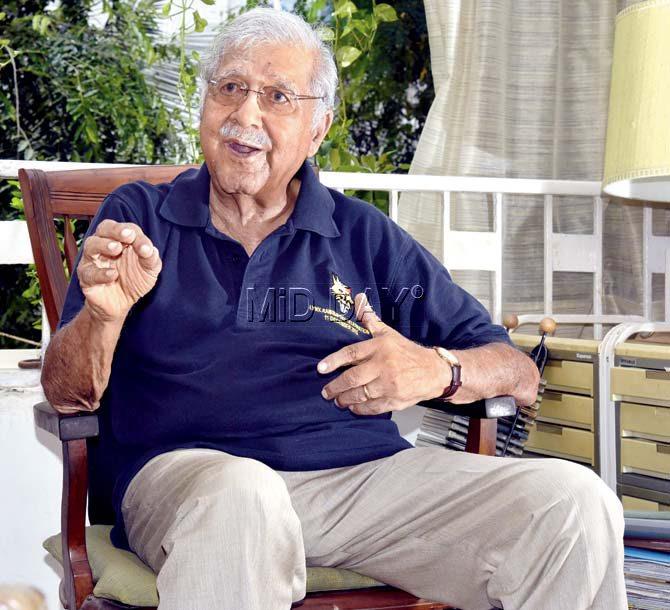 Captain Jag Mohan Nath, 87, the only living Indian Air Force veteran to be decorated with the Maha Vir Chakra, recalls telling JRD Tata, "We [pilots] miss you a lot. Maybe, you should have more interactions with the commercial staff and the operations crew." PIC/PRADEEP DHIVAR 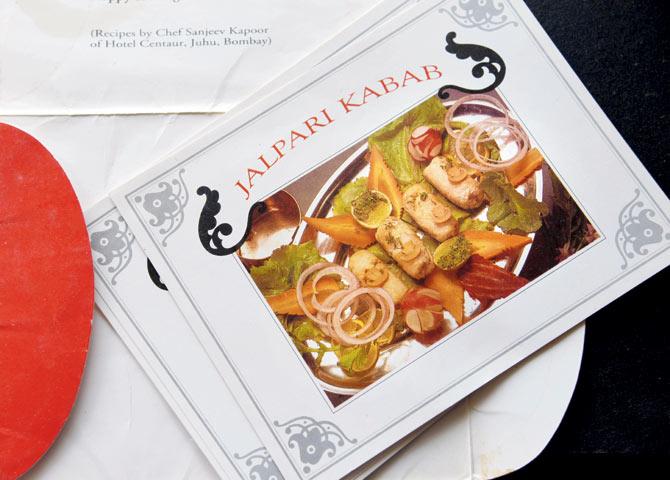 Menu cards from the 'first class' service at Air India

Ashok, who flew the 1983 Indian cricket World Cup team from London to Mumbai (then Bombay), mentions how at one point, the number of crew was determined by passengers on board. "We used to have a 21-member crew, making it easier for us to attend to every one. Later, the number of doors on the craft determined the crew number," he says. The gradual transition to having a smaller crew, currently 11 or 12, worked against the airline. The cost-cutting effort pulled it further away from JRD Tata's vision of quality service. "Too much interference by the government," is how Rao and Nath put it. 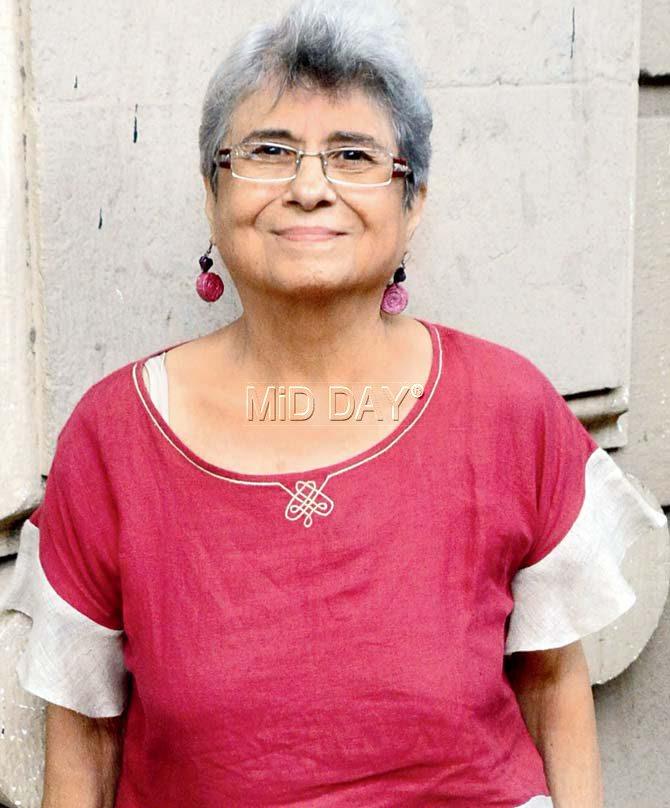 Famed solo traveller Meher Heroyce Moos, 72, who joined AI in August 1965, retired as deputy general manager at 58. However, she continues her travels with her favourite airline. PIC/Sameer Abedi

Capt. Anant Kulkarni, who retired from AI in 2002, still calls himself a product of "the Maharaja". "The floors were covered in Kashmiri carpets. Every aircraft, especially the Boeing 747, was a sight to behold," he says. Those, who worked on/and travelled with AI lived like royalty, he says. The Maharaja used to be the perfect host.

Next Story : R Madhvan: My hot selfie has put me under immense pressure