With their latest album, The Night Is Clear, Parekh and Singh step out in search of a larger and expansive theme with their fresh diverse compositions 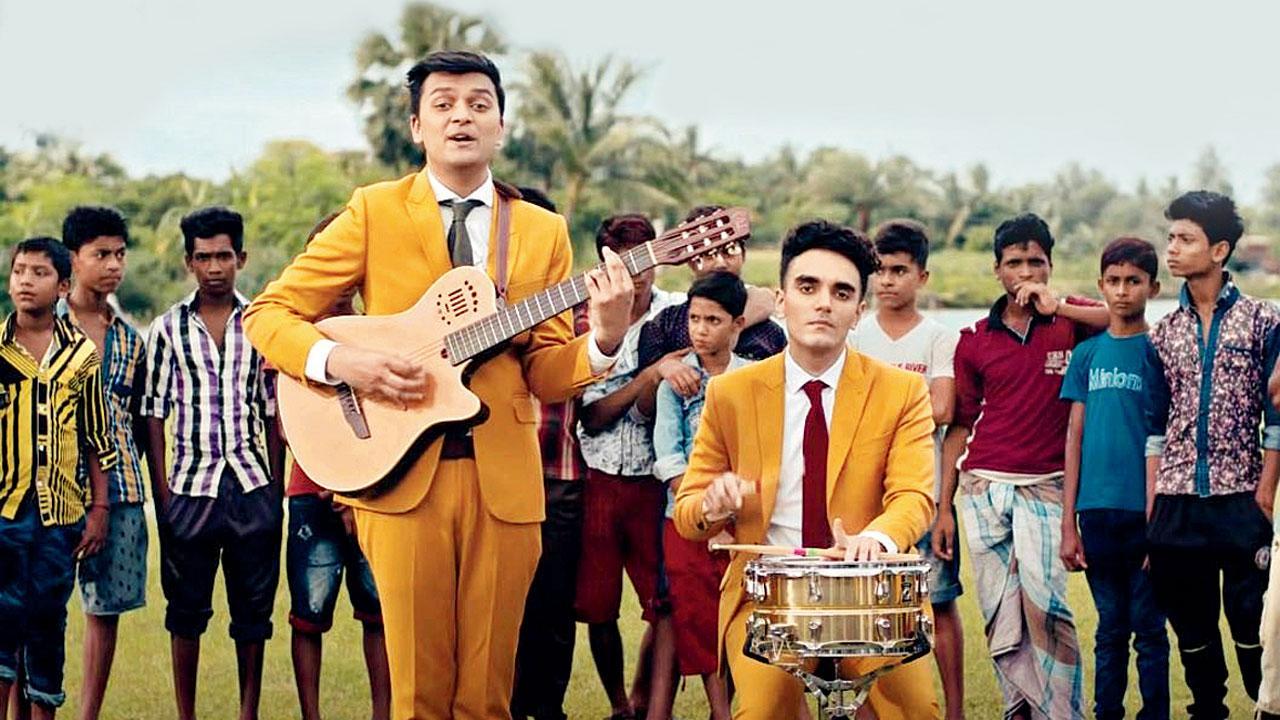 A moment from Parekh and Singh’s I love you baby, I love you doll. Pic Courtesy/YouTube


It strikes you as different, yet  there is something strangely familiar. It is a vibe that the Kolkata-based duo of Parekh and Singh has built their identity on. Formed by Nischay Parekh and Jivraj Singh, the band’s compositions carry the comfort of the familiar blended seamlessly with a touch of quirkiness throughout their visual and sonic aesthetic. Their third full-length album, The night is clear, also carries diverse musical touches, fancy themes and imaginative lyrics that are compelling.

Released in September, the nine-track album has already become one of the most talked about productions in the indie music space this year. The group spoke to us about their creation process, style and aesthetics.  Excerpts from our interview.

The album marks a new exploration of themes and dreamscapes. What were you looking to create differently with the album this time?
Nischay Parekh: For The night is clear, we wanted to create an album that felt like a fantasy novel that was quite expansive. Musically, we wanted to keep things quite simple actually. We did not want to overcrowd the arrangements in the album. We wanted each song to be subtle, with a touch of natural sounding instruments like the woodwinds and strings.

The lyrical melody of the songs stand out. King and Nightingale were particularly impressive. The former has shades of the storytelling narrative that you mention. Could you describe it further?
NP: It was a biographical song, and I wrote it about dealing with travel anxiety. I guess I wanted to tell a story and make it sound slightly more dramatic.

The use of chord progressions, synth and harmonics sounds different. How did you work those in?
Jivraj Singh: The harmonic content at the core of the album is Nischay’s work. His musical education has refined his innate sense of melodic and harmonic construction that has consistently developed with his musicality. What I bring is a slightly wackier approach to pure sound design. I relate to music in terms of architecture, sound and effect.

It is always a conversation between the two approaches that sums up our work. He builds the core structure and bigger blocks. I create the cracks and fill those up with unlikely content — field recordings, my voice, percussion that are not always used as straightforward percussive element.

From the Wes Anderson influence to the suits, what inspires the visual aesthetic of your videos?
NP: There was a central guiding principle for our music and it applies to our visuals as well. We like attention to detail. Our suits have remained constant in our photography, performances and videos as well. Then again, with this album, there isn’t a set of music videos. We wanted the sonic experience to be the driving factor here. Also, there was no plan in place to tell the story of the song in a music video. The visuals are also often a collaborative process produced with filmmakers and designers. But we do appreciate fans loving it. We see ourselves making more visual experiments in the future.

Was this aesthetic always in place, even when you started out?
NP: When we started out, there was no clear idea. It was just me with an electric guitar, Jivraj on the drums. We had no idea of how to produce our music or present ourselves. As friends, we had a lot of common interests at that stage and it just locked in. I don’t think we started curating these elements until much later.

With an India tour coming up, what are the expectations?
JS: Hopefully, the performances are true to the songs and allow the sound-world to expand even further. The aim is to be true to the recorded music, but also take it some place different.

Doesn’t the presence of the audience add a variable to the performance?
JS: The work of the performing artiste is to strike a balance between engaging the audience, and also remaining slightly detached to do justice to the music we play.

NP: There are certain bands and music that are fuelled by the crowd activity and their energy. There is also other music performed as pieces — classical or chamber music, for example. We have fans who will sing along to our favourite songs as well — that is a part of our performance — but the excitement is of presenting the new album. I think we are taking the approach where we want to showcase our music over performances.

Log on to: The Night Is Clear on spotify.com; Parekhandsingh.com

Next Story : Attend Bandra Flea Festival's vintage-themed pop-up to find things that will pique your interest