As LEGO celebrates 90 years, Mumbaikars reveal their collections and share tips for amateurs

For both kids and adults, these iconic building block toys are a popular draw. As the Danish company celebrates 90 years, Mumbai fans reveal their collections and share tips for amateur collectors 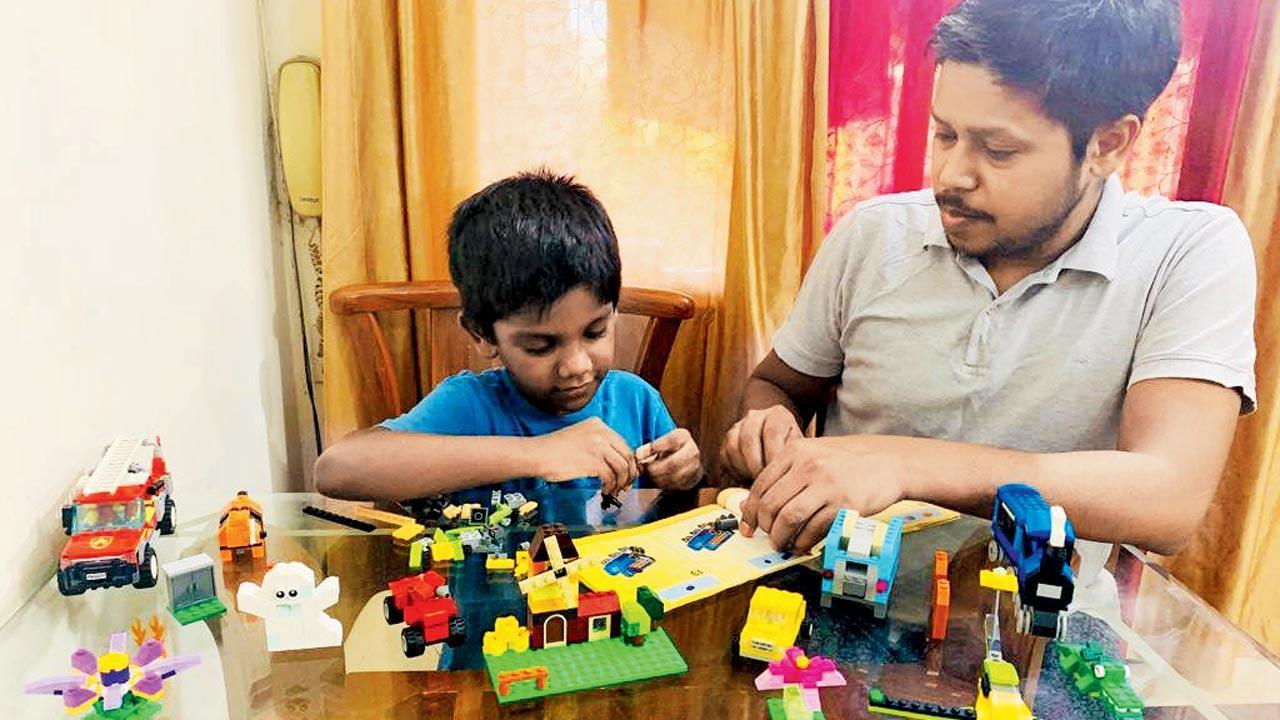 The eight-year-old and his father, Animesh Kumar, build a set together

All of eight, Aarit Choudhary began to immerse himself in the world of LEGO amid the first lockdown, wowed by the endless possibilities the colourful building blocks held. His parents were relieved to find him enjoying himself without resorting to screen time, his father Animesh Kumar admits. “Currently, he has at least 15 sets, which would amount to 8,000 pieces. We started documenting his creations and collections on Instagram [@lego_cr8tor]to encourage him,” Kumar shares. Some of his unique collections include a Taj Mahal set and an ocean exploration set. But to ensure that little Aarit continues to push his creativity, his parents focus on getting him the city and classic collections that allow him to craft different models — airports, a sanitiser, a police heist and more. 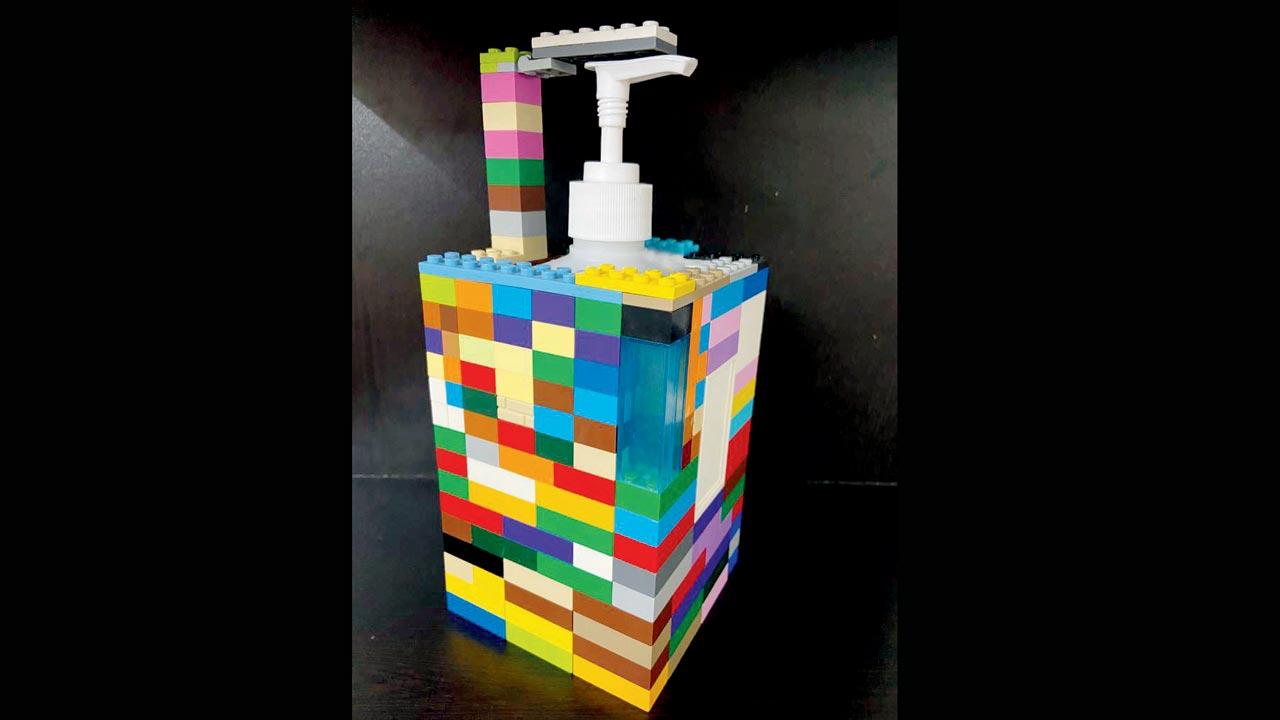 Pro tips:
. Design: While building models, first, make a rough sketch of the structure that  you are planning to build.
. Basics first: It’s always good to start with LEGO classic sets that come with colourful basic bricks. Once you are proficient with them,  you can move on to LEGO city, LEGO creator and more. You may need to get a LEGO base plate as well. Download the LEGO Building Instructions app for free.
. Building game: Look around for  some inspiration. The bricks are mostly squares and rectangles. To become a master builder, you can try making curves. 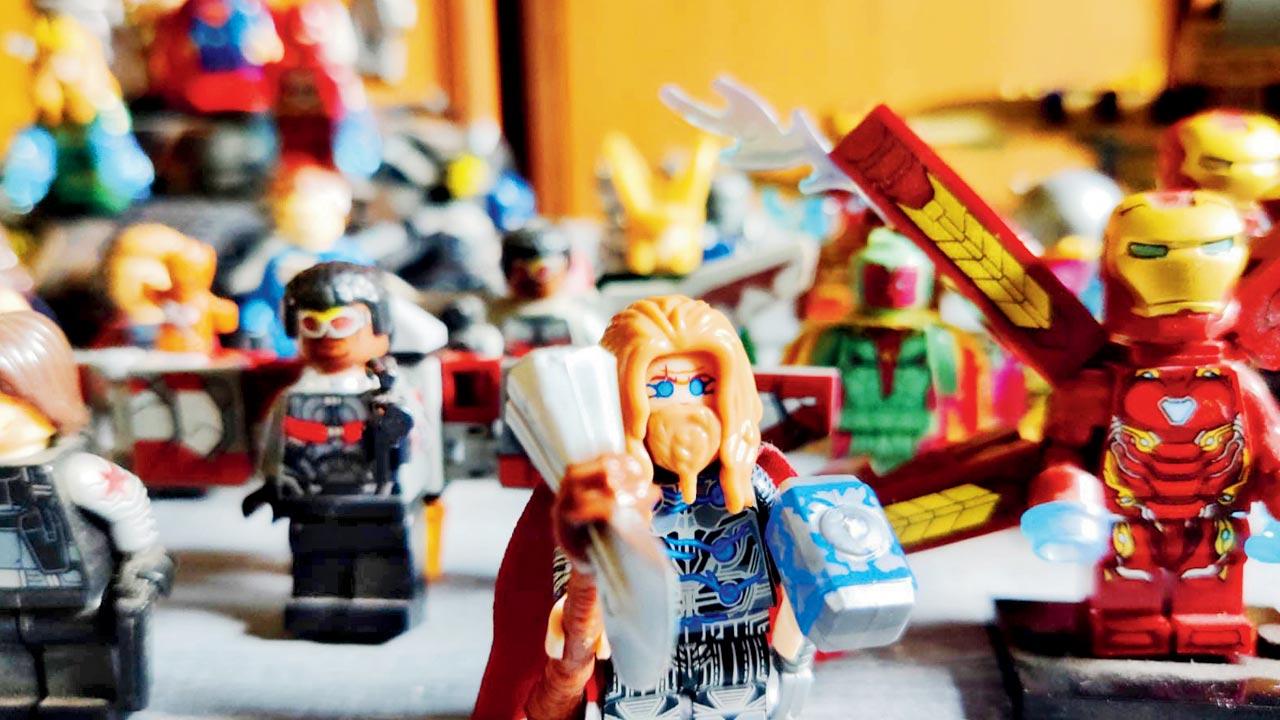 Mahim-based content strategist Chirag Shah’s tryst with LEGO kicked off when he was a kid. “LEGO allowed me to realise my creativity in a 3-D form. But it was expensive and back then, I thought it was a pipe dream to have my own collection,” shares Shah (@mr.capt_shah), who started inching towards his dream once he started working. In the past four years, Shah, who is obsessed with minifigures, has gathered 75 of them. “I focus on collecting superheroes. I have the entire Justice League and Avengers sets; I also have the Batmobile and Thanos’ ship collectibles. The Guardians of the Galaxy ship is also on its way.” 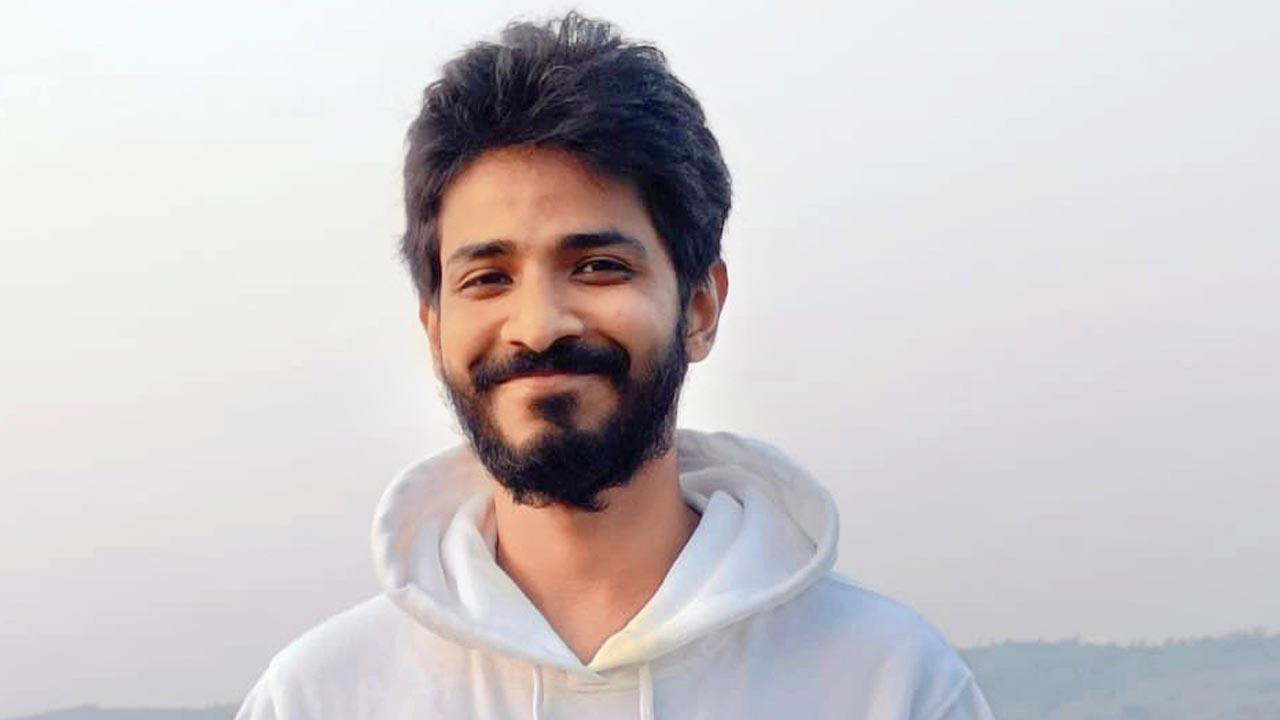 Pro tips:
. Save up: If collectors, especially children, are interested in building a collection, teach them to start early and save up. This practice will help them in the long run.
. Handle with care: Don’t try to stick LEGO pieces like minifigures on magnets; it damages them and  reduces their value. Keep the parts intact and don’t let the colours chip off.
. Clean: Use a small brush or ear buds, and dry-clean the pieces as much as possible. 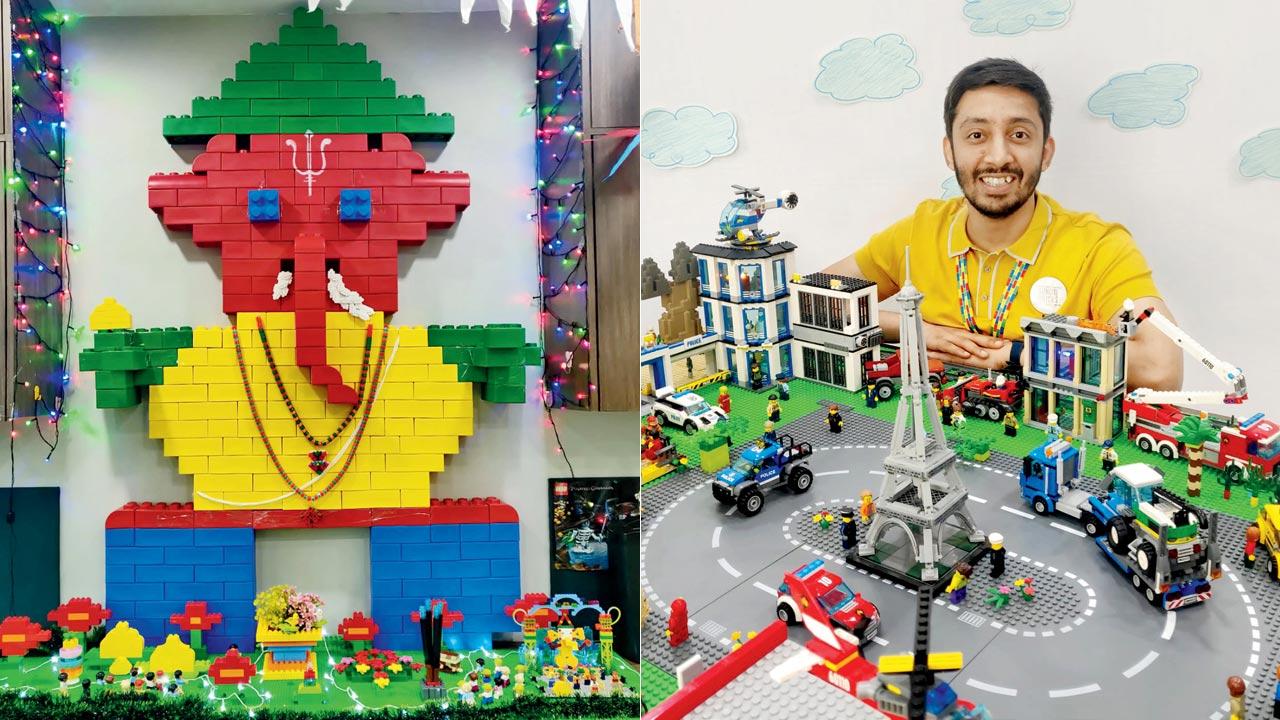 Mrunal Shah, founder of Sunday Bricks (@sundaybricks), which conducts workshops for kids in Vashi, is a LEGO fan and an educator. Shah — who has been collecting these building block toys since he was a kid —   harnesses the power of LEGO to help children develop fine motor skills, a sense of balance and STEAM skills. “When my son, Suhaan, was about five, I introduced him to LEGO, but he didn’t enjoy it initially. That got me thinking about ways to make it interesting. This led to Sunday Bricks in 2017. As both of us started building together, along with other kids, our collection grew to half a million pieces. I then started studying early education to understand how blocks can help kids,” he tells us.

Pro tips:
. Explore interests: LEGO has multiple verticals; explore your passion.
. Organise: Keep your pieces in plastic containers instead of the boxes they come in to avoid termites.
. Note for parents: There’s a lot that children can learn from LEGO; giving them the option to explore is important.

As part of its 90th anniversary celebrations, the toymaker has created a LEGO Playground in different cities, including one in Mumbai. Head to this suburban mall to explore a mini-figure hall of fame, a speed champions arena, new exciting sets, goodies and more.

Next Story : Let’s do the Samba: Experience Brazilian food and culture in Khar this weekend