A Mumbai-based artist’s latest virtual exhibition is a fusion of several art mediums and materials, created as an ode to her late mother 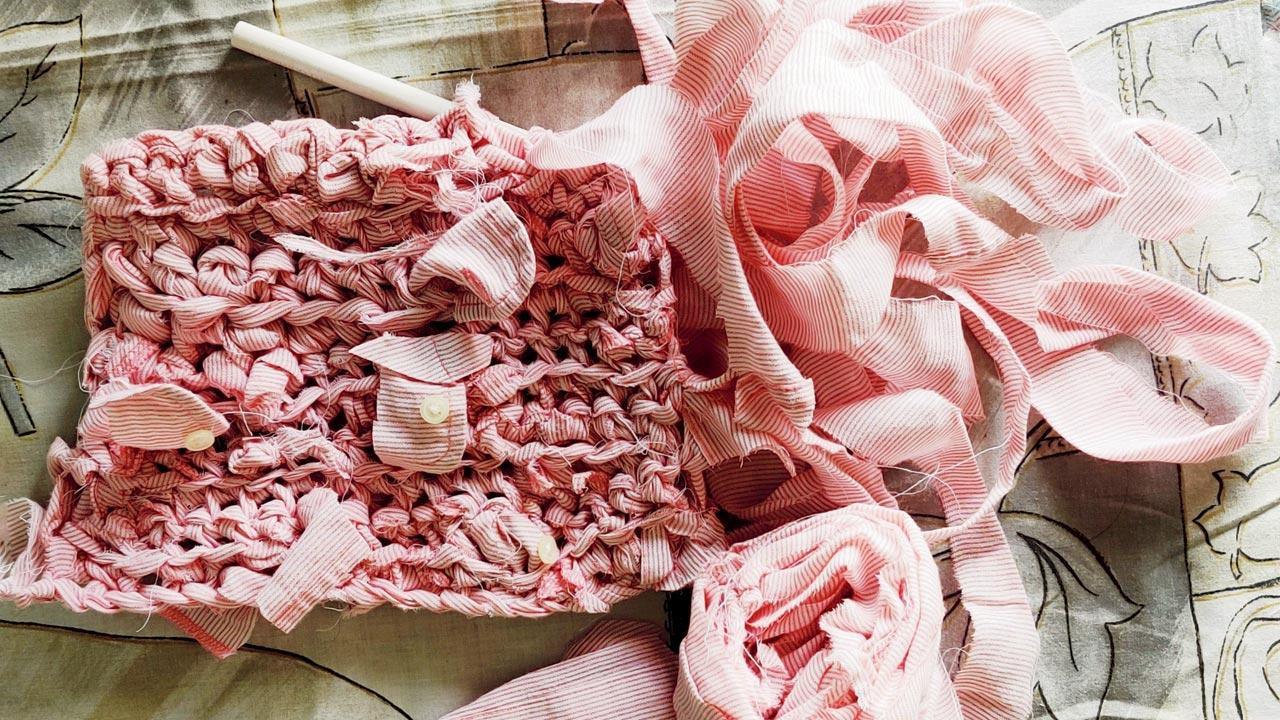 
Mumbai-based artist Al-Qawi Tazal Nanavati always shared a special bond with her mother Mumtaz. During her time at university in Chicago, she’d wake up early in the morning to make sure she spoke to her mother, who resided back home in Mumbai. Each conversation would inevitably stretch out to three hours, often surrounding mundane topics, but somehow the duo would never run out of things to talk about.

A piece titled In Memory of Your Memories, created using handmade paper, silk and crocheted materials

In 2018, still in Chicago, Nanavati learnt of her mother’s sudden passing due to a heart attack. This made her shift her base back to Mumbai, which proved to be a turning point in her artistic practice, as she began focusing her work more on her mother and the ideas of loss and grief. “While on the flight back home, I began writing to her. It was the only way to keep the conversations between her and I going. In the beginning, these were just letters I wrote to her privately,” says the 26-year-old.

An artwork called Her Brown Shirt, woven with bits of fabric that belonged to Nanavati’s mother

Nanavati, who had taken a sabbatical from creating art since her mother’s passing, soon began to revisit her most familiar medium of watercolour to transform the letters she wrote to her mother into paintings. “Eventually, I started using items like her clothes as part of the art. She taught me how to crochet, so I incorporated that into the works as well. I’d write some letters in a secret script that I created to communicate with her,” shares Nanavati. For her more recent pieces, she uses a pulp made of some of the letters and structures them into her mother’s garments. Materials like silk, clay, handmade-paper, gesso and even hand sanitisers have made appearances across her work. “When you lose someone, you cherish their belongings forever. My mother’s cupboards were the way she left them, but this way they get a new form,” says Nanavati.

A piece called Crumples, made of clay and thread

All these works and more are now part of Nanavati’s first virtual solo exhibition titled Letters To My Mother, on art platform Terrain.art that is up for viewing till September 17. “The pieces are in a way letters, even though mane3y of them are embroidered and some are watercolours. Even the paper pulp is a letter for me. The process was more to do with how to continue the conversation with my mother,” she adds.