In time for Republic Day, we have curated a reading list for children to learn about their country’s rich political and constitutional journey 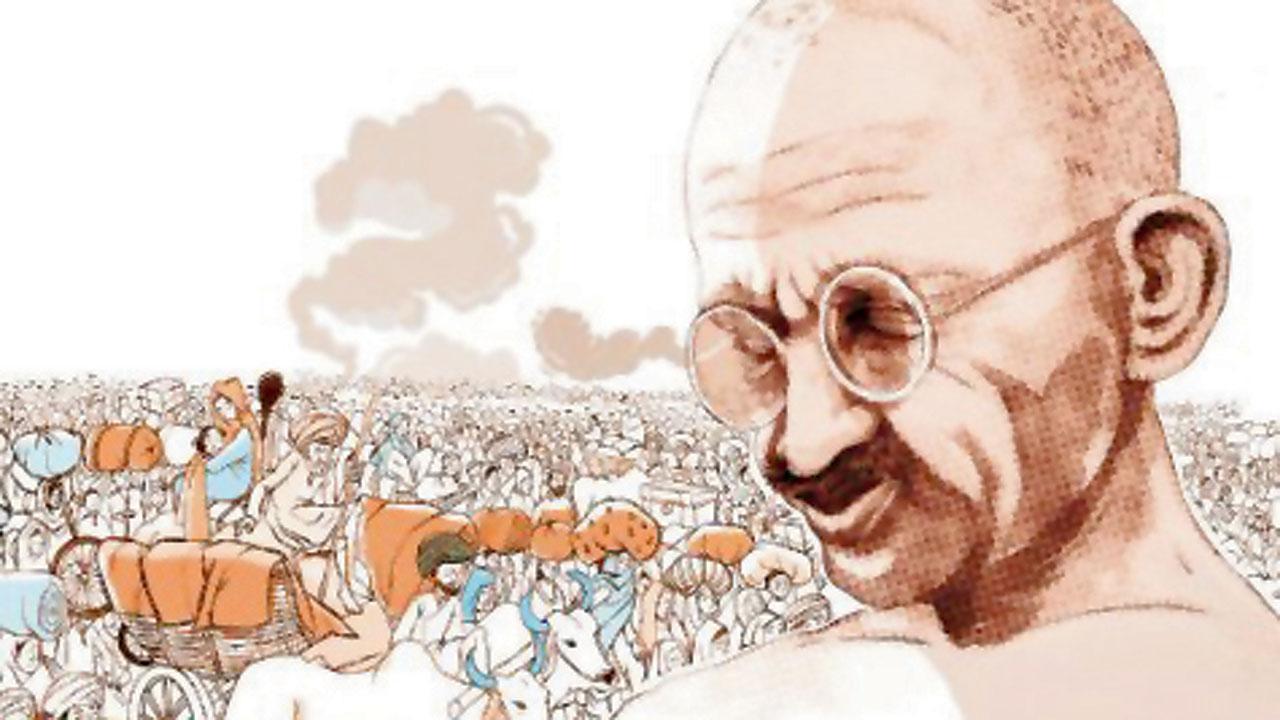 An illustration by Priya Kuriyan

Our Constitution, Our People — written by Harsh Mander and illustrated by Priya Kuriyan — answers what it means to be an Indian. The book refers to The Constitution of India and describes how it came into being as a vision, dream and set of promises. Mander explains through concise concepts what The Constitution of India, We, the People of India and the Right to Vote means and why it should continue to matter to the forthcoming generations.
Age group: Eight years and above
Log on to: storyweaver.org.in

When you hear about the freedom struggle, are you astounded by the courage and passion with which our freedom fighters fought for our homeland? In A Flag, A Song and A Pinch of Salt, writer Subhadra Sengupta talks about the lives, struggles and sacrifices of legends such as BR Ambedkar, Rabindranath Tagore, Raja Rammohan Roy and Sarojini Naidu, among others. Children can also refer to Sengupta’s Saffron White and Green, a powerful anthology of events that led to the defeat of the mightiest empire of the world.
Age group: 12 years plus
Log on to: amazon.in
Cost: Rs 163 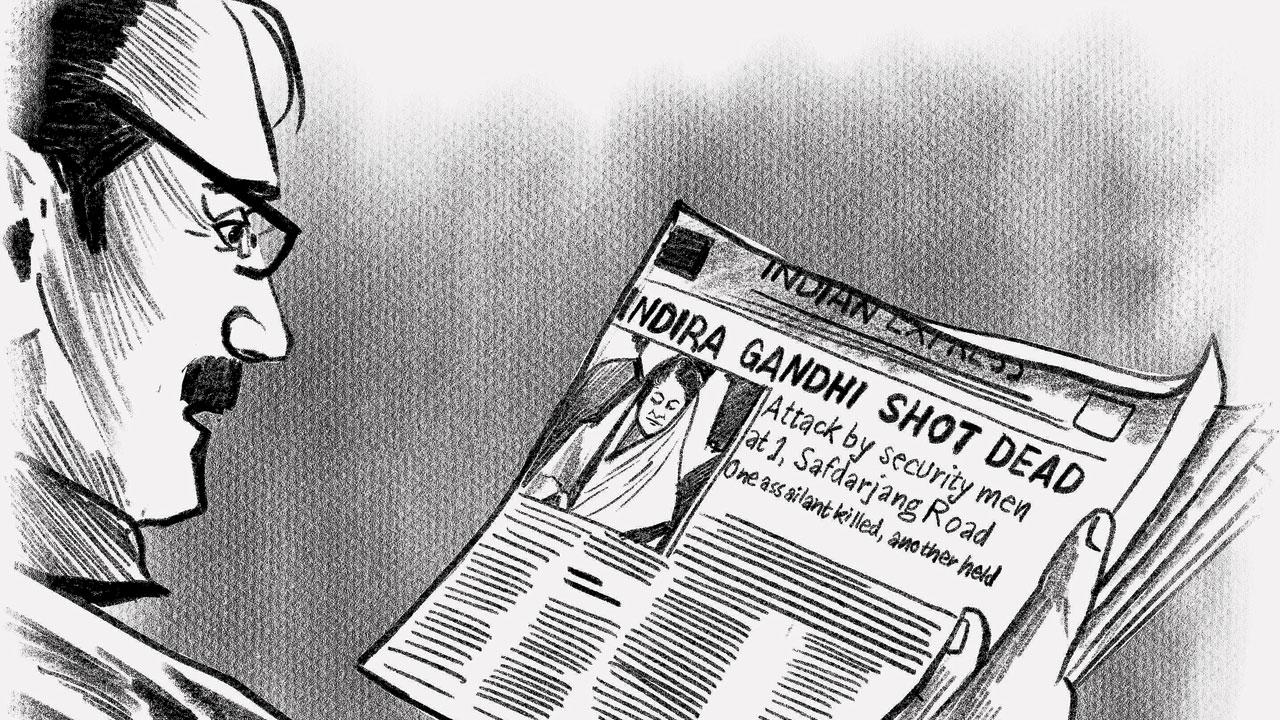 An illustration from After Midnight. PIC COURTESY/PENGUIN RANDOM HOUSE

Meghaa Gupta contextualises the challenges of the present by highlighting the blood and sweat of the past in her book, After Midnight. The narrative of this title begins after the country became independent. Guptaa points out the ideas, anecdotes and sweeping social, political, economic and environmental developments that shaped a nation’s becoming. At the time of Independence, many countries doubted that India — with British provinces and 500 princely states — would be able to survive as a nation for even a few years.
Age group: 10 years and above
Log on to: amazon.in
Cost: Rs 254

To the youngest citizen 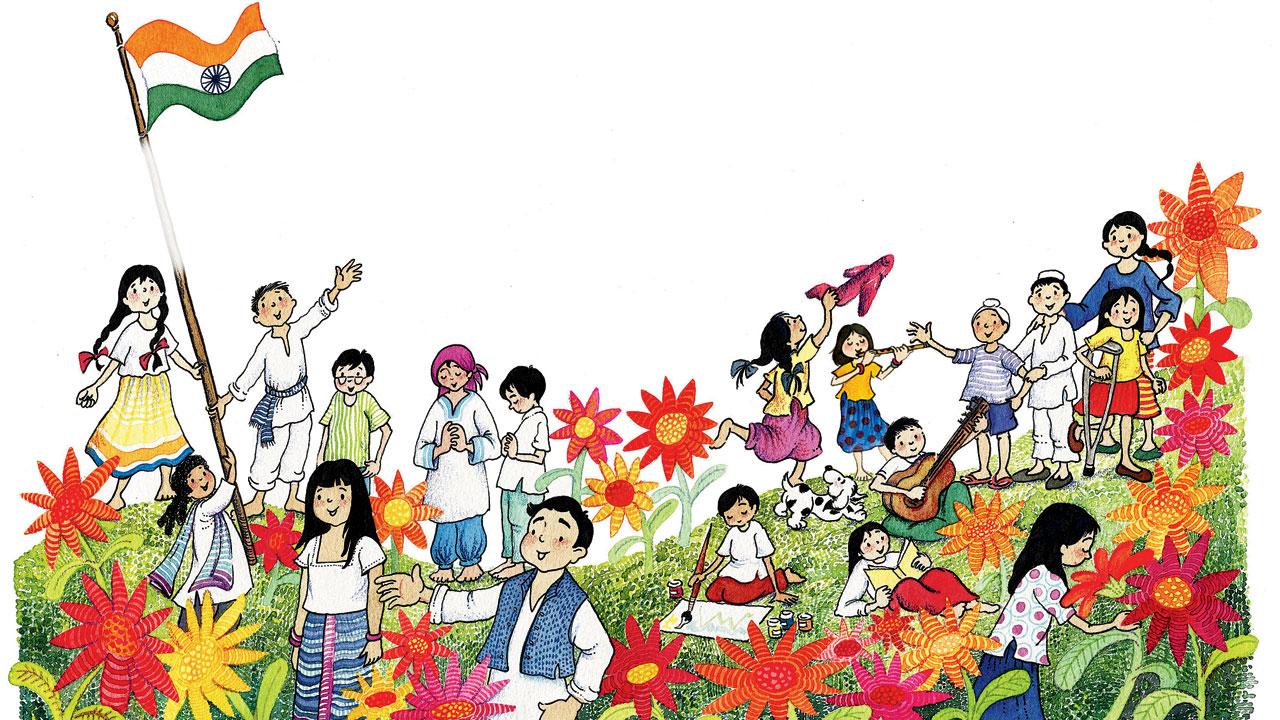 An illustration by Bindia Thapar from We, The Children Of India. PIC COURTESY/PENGUIN RANDOM HOUSE

In the book, We, The Children Of India, Leila Seth speaks to the young readers of the country. The voice of a former and the first woman Chief Justice of a state High Court, rings differently as kids know they are being addressed by someone who has witnessed the workings of the nation up close. In simple words and with interesting trivia and illustrations, the author explains India as a democratic republic, and a sovereign and secular state.
Age group: 10 years and above
Log on to: amazon.in
Cost: Rs 192

Rajesh Talwar’s The Boy Who wrote a constitution comes in the form of a play. In this title, the author upholds significant events from Bhimrao Ramji Ambedkar’s life and pairs it with snippets where five children respond to the happenings in his life as per their own identities and backgrounds. The contemporary structure of the book makes for an immersive read. Young readers would be inspired by Ambedkar’s childhood that was not free of challenges.
Age group: 10 years and above
Log on to: amazon.in
Cost: Rs 254

Next Story : Want to spend time with your partner? Indulge in these activities around Mumbai