Maharashtra now has 20 ministers, including the chief minister, after the council of ministers was expanded on August 9 with the induction of 18 members 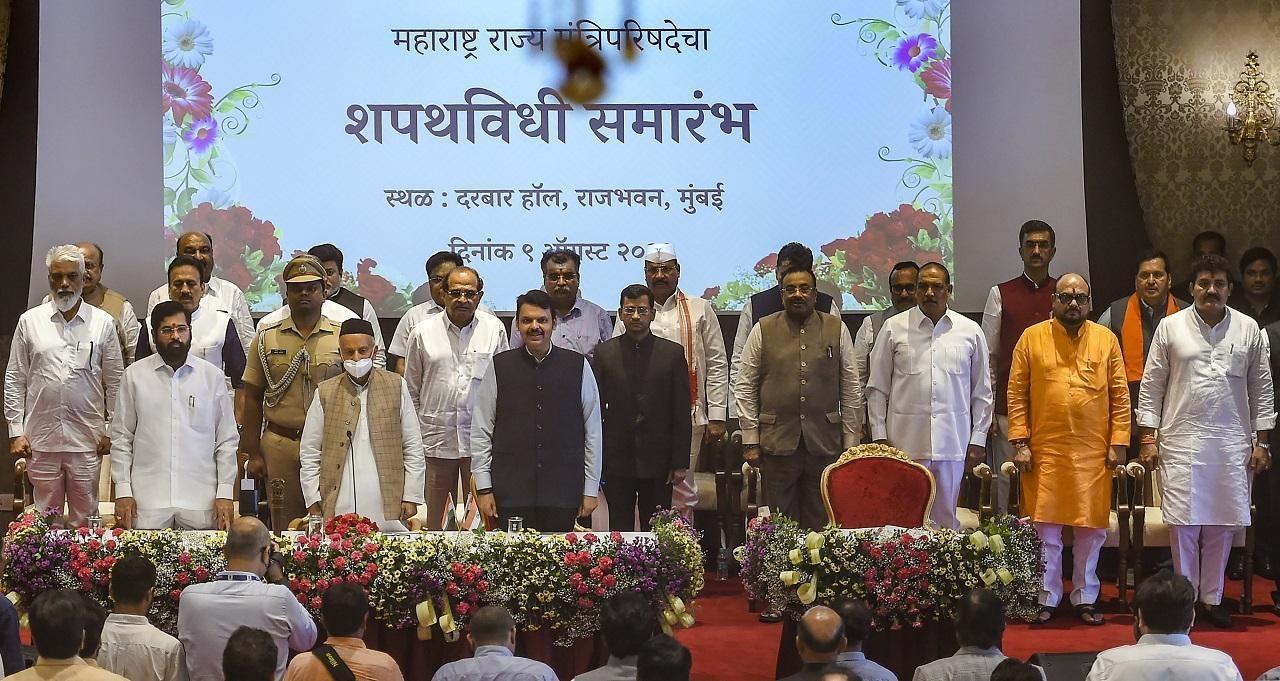 
Seventy-five per cent of the Maharashtra ministers have declared criminal cases against themselves, according to the Association for Democratic Reforms (ADR).

Maharashtra now has 20 ministers, including the chief minister, after the council of ministers was expanded on August 9 with the induction of 18 members.

After the cabinet expansion, the Association for Democratic Reforms and the Maharashtra Election Watch analysed the self-sworn affidavits of all ministers submitted during the assembly polls in 2019. According to the analysis, 15 (75 per cent) ministers have declared criminal cases against themselves and 13 (65 per cent) have declared serious criminal cases against themselves.

One minister holds a diploma. Four ministers are aged between 41-50 years and the remaining between 51-70 years.

Maharashtra Chief Minister Eknath Shinde expanded his two-member ministry by inducting 18 ministers on Tuesday, 41 days after he took oath of the office along with his deputy and BJP leader Devendra Fadnavis.

Of the 18 new ministers, nine each were from Shinde’s rebel Shiv Sena group and the BJP. Shinde and 39 other Shiv Sena legislators had revolted against the party leadership in June this year, which led to the collapse of the Uddhav Thackeray-led Maha Vikas Aghadi government.

Next Story : Mumbai: Trio pose as cops rob gold worth Rs 22 lakh from a man in Jogeshwari, held