The girls six-year-old brother walked in on them, and fearing that their relationship will be discovered, the boyfriend strangled the child to death 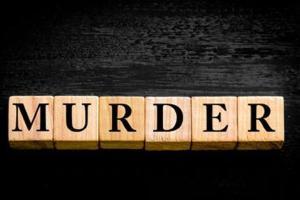 
A six-year-old boy died on Tuesday Eedhjagir village in Uttar Pradesh’s Bareilly district and the family thought that he died because of a fall. However, two days later, his sister told the parents that her boyfriend had strangled the child to death.

On Tuesday afternoon, the parents, who work as labourers, were not at home. In their absence, the girl’s boyfriend had come over. The girl’s six-year-old brother walked in on them, and fearing that their relationship will be discovered, the boyfriend strangled the child to death, according to a report in Times of India.

When the parents returned, the girl told them that he had fallen off the roof and was grievously injured. They rushed him to the hospital, where he was declared brought dead.

Bareilly SSP Shailesh Pandey was quoted as saying, “But she was depressed, guilty. On Thursday evening, she could not hold it in anymore and told her parents what had happened.”

After the girl informed her parents, they filed a police complaint and an FIR was lodged. The girl and her boyfriend have been booked under Sections 302 (murder), 201 (causing disappearance of evidence), 120B (criminal conspiracy) of the Indian Penal Code (IPC).

The girl, who is a minor, has been detained and will be presented in juvenile court. “Her boyfriend, who is on the run, has also been booked for rape since the girl is a minor. The boy's body will be exhumed and autopsy will be done,” Pandey said.