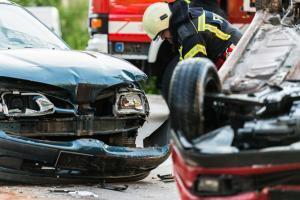 This picture has been used for representational purposes only


Recently, two Bangladeshi nationals along with two others were injured in a road accident on August 17. In a twist to the tale, it was revealed that it was not the 22-year old Arsalan Parvez who was behind the wheels but it was his elder brother Raghib Parvez.

The investigating officers of the Kolkata police confirmed that Raghib had managed to escape to Dubai after the incident and returned only when he was forced. He was arrested from the Beniapukur area of central Kolkata on Wednesday afternoon. According to the police, he has prima facie confessed to the crime. The police also arrested the maternal uncle of the two brothers who helped the elder son in fleeing.

After testing the Jaguar mechanically, the sleuths found that the person was arrested earlier was not even present inside the car when the accident took place. Joint Commissioner of Police (Crime) Murlidhar Sharma told news agency PTI, "From the data accessed (during the mechanical test) from the system of the car, it was found that the elder brother was driving it. He had fled to Dubai with the help of his maternal uncle who was also arrested today."

During the investigation, the police also found CCTV footages from the accident spot which revealed that it was the elder brother who was driving the Jaguar.

The accused was allegedly driving at a high speed and he had also jumped the red signal at the four-point Loudon Street-Shakespeare Sarani intersection in south Kolkata, which is where the accident took place.

Edited by mid-day online desk with inputs from Agencies