Cruise ship drugs case: The line that got Aryan Khan off the hook

Arbaaz Merchant retracts his statement that the 6 gram charas procured from him was for his and Aryan Khan’s consumption, says he was forced to sign on a blank paper and claims he never made such a statement 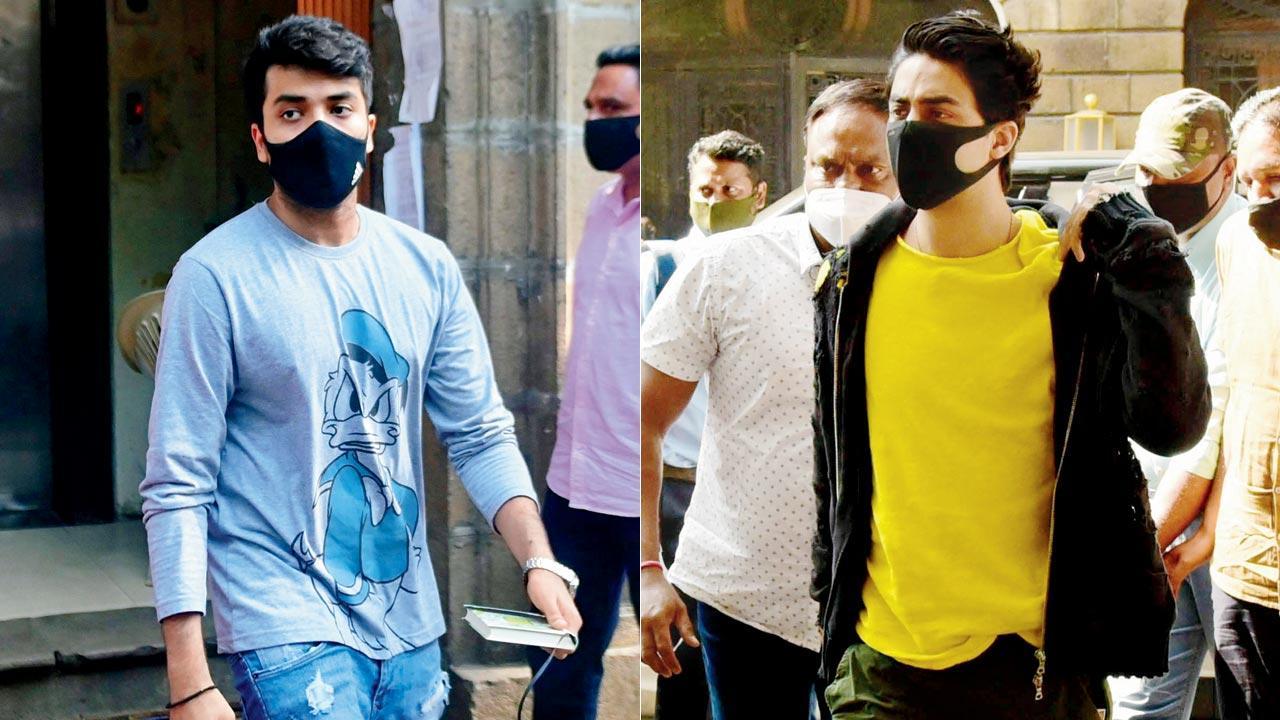 
The NCB, Mumbai, led by Sameer Wankhede, arrested actor Shah Rukh Khan’s son Aryan last year in October based on a statement by his friend, Arbaaz Merchant. After an eight-month-long investigation, the SIT headed by IPS officer Sanjay Singh gave a clean chit to Aryan, again based on the statement of Merchant, on Friday. According to sources, Merchant told the SIT that he did not make any statement before the Narcotics Control Bureau (NCB), Mumbai.

He also claimed his signatures were taken on a blank paper by NCB, Mumbai officers. In October, Mumbai, NCB arrested Khan after Merchant, in his voluntary statement, said that the 6 gram charas procured from him in a raid on a cruise ship, was for his own consumption and that of Aryan Khan. Later, NCB, Mumbai recorded a statement from Khan where he too confessed to consumption of the drugs. Apart from Khan, the agency has also given a clean chit to 5 more accused including four organisers. The charge sheet filed before the special NDPS court was against 14 people and six were given a clean chit due to lack of evidence. The 6,000-pages charge sheet was submitted before a special NDPS court on Friday, the court is yet to take cognisance of it. 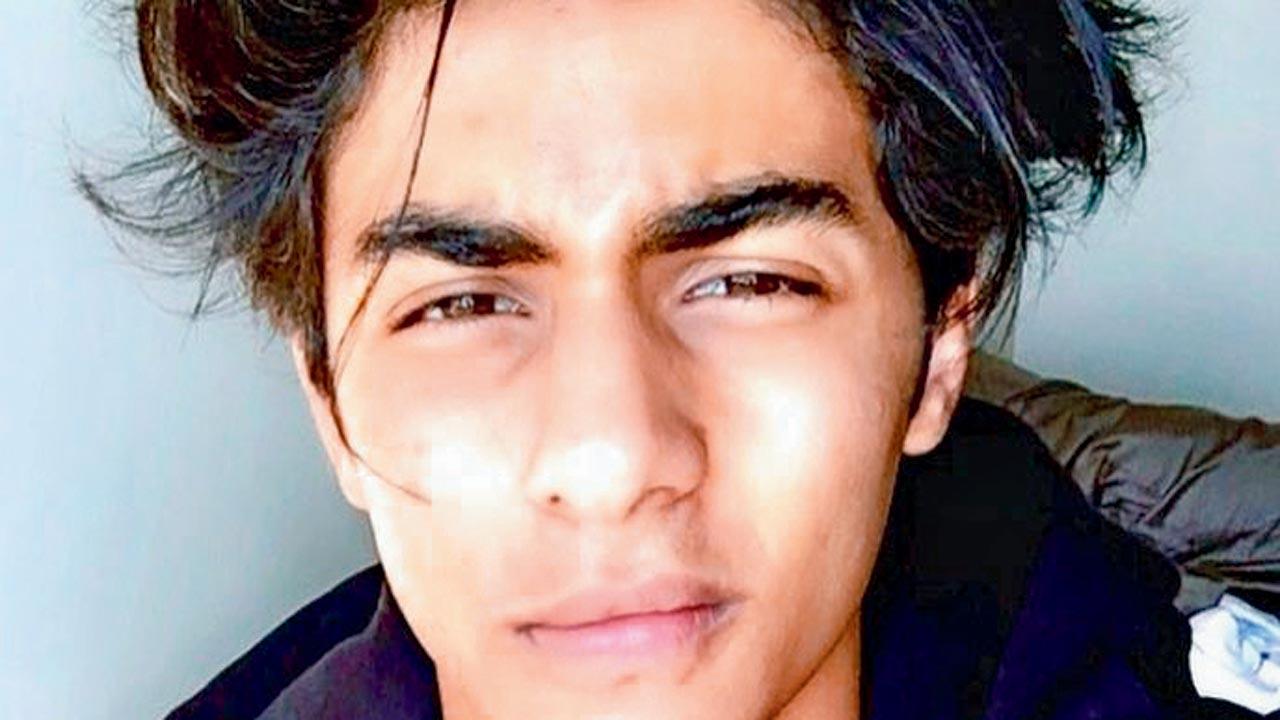 In a statement issued by the SIT, its chief Sanjay Singh said, “The SIT carried out its investigation in an objective manner. The touchstone of the principle of proof beyond reasonable doubt has been applied. Based on the investigation carried out by the SIT, a complaint against 14 persons under various sections of the NDPS Act is being filed. Complaints against the remaining six persons are not being filed due to lack of sufficient evidence.”

Speaking to mid-day he said, “Our job was to conduct an impartial investigation to reinstate the faith of people in the NCB. During the course of investigation we didn’t find any evidence against the six accused including Aryan Khan.”

“The arrest and detention of Aryan Khan for 26 days was unjustified, more particularly when he was not found in possession of any drugs, there was no evidence of any kind, there was no material of any nature of violation of any law, much less the NDPS Act. We are happy that the Special Investigation Team under Sanjay Kumar Singh investigated the case in an objective manner and decided not to file a complaint against Aryan Khan for lack of sufficient evidence. Satya Meva Jayate,” said Khan’s lawyer, Satish Maneshinde.

‘Never made the statement’

Sources in the agency have confirmed that Khan has also said in his statement that he never confessed about consumption, and never said that the drug found in his friend’s possession was for his consumption. The first investigating officer, Ashish Ranjan, who has been  suspended by the NCB DG, had recorded the initial statements of Merchant and Khan. According to their first  voluntary statement given to NCB Superintendent VV Singh, Merchant said that the drug was for consumption by him and his friend Aryan Khan, and based on his statement, the agency secured the two friends custody from Killa court in October last year. While recording his statement before the SIT, Merchant retracted his statement, and said that he was forced to sign on a blank paper and he never made such a statement. “The entire case was based on his statement. He now claims that he was forced to sign on a blank paper and now he has retracted the statement which was the only evidence against Khan. As there is some truth in his statement given before SIT, Khan’s name has been dropped from the charge sheet as there was not sufficient evidence.” a senior officer of NCB told mid-day.

According to Merchant's statement to NCB,  he was travelling with Khan to the cruise party.  In front of Investigating Officer Aashish Ranjan Prasad, Merchant accepted that he had kept charas inside his shoes. He did not say that the drug that was recovered from him was meant for any other person including Khan. In the second voluntary statement of Merchant given before Ranjan Prasad, he said that Khan was aware that he (Arbaaz) was an occasional consumer, and that is why he told him (Merchant) not to carry any hash to the cruise, as NCB was very active these days and they (Merchant and Khan) will be in trouble.

The NCB has also cited a statement of crucial witness, Prabhakar Sail who died recently, saying that he was asked to sign on a blank paper by another panch witness, KP Gosavi, who was present at the time of searches and he (Sail) did not witness any drug recovery.

‘Chats not related to case’

The second aspect on which the NCB led by Wankhede had relied on, was WhatsApp chat and through Additional Solicitor General Anil Singh, the agency claimed before the sessions and Bombay High Court, that Khan was part of an international drug cartel. However, the SIT has said those chats were not related to this case and hence there was no relevance.

The SIT in its internal note has also said, “It is strange to note that in spite clear denial by Arbaaz regarding the involvement of Aryan in the procurement and possession of drugs from him, the investigating officer started looking at WhatsApp chats of Aryan Khan, even formally seizing his mobile phone. It appears that the IO was motivated to somehow implicate Aryan Khan in the drug case. Khan, while arguing for his bail before the Bombay High Court, argued on the seizure of the mobile phone, saying it was not formally seized by the agency.”

In the internal note submitted to the DG NCB, the agency has also claimed, “In the Punchnama that was drawn after the search and seizure at the Cruise Terminal, it has been mentioned that the mobile phone of Aryan Khan was voluntarily handed over by him to the Investigating Officer. It is to be noted that this was not followed by formal seizure procedure as laid down in the law.”

“Investigation has further disclosed that data extraction of Aryan’s mobile was done and it contained various WhatsApp chats with different people alluding to consumption ofweed, hashish, etc. Witnesses and accused were asked to join the investigation based on the contents of the WhatsApp chat treating them as if contents of WhatsApp chats are the primary source of evidence,” the NCB’s internal note reads further.

According to the NCB, the Supreme Court has time and again questioned the evidentiary value of WhatsApp chats. Therefore, “our excessive reliance on WhatsApp messages will be severely counterproductive during the trial of the case, considering the fact that integrity of data extracted from Aryan’s phone is questionable as there is no seizure memo for Aryan’s phone to show how and when his phone was seized.” the internal note reads further.

After Khan and the others were arrested and after allegations by NCP Minister Nawab Malik, the NCB formed a SIT headed by Singh to probe the matter further. After the clean chit from NCB, the family of Malik, from his Twitter handle said, “Now that Aryan Khan and 5 others get a clean chit will NCB take action against Sameer Wankhede his team and the private army or will it shield the culprits?”

According to sources, based on the findings, the SIT has submitted a detailed note to NCB DG SN Pradhan to take action against the investigating officer and Wankhede. Pradhan has also initiated departmental enquiry against them. Wankhede is already facing a vigilance probe and two officers, VV Singh and Ashish Ranjan, have been suspended. Wankhede was not available for comment, but sources close to him said that the decision to arrest Khan and others was collective and everyone was informed with the evidence. Apart from Khan, the four organisers of the cruise, Gopal ji Anand, Samir Sehgal, Bhaskar Arora, Manav Singhal and another accused, Avin Sahu, have not been charge sheeted due to lack of evidence.

Five
No. of other accused besides Aryan Khan who were also not charge-sheeted