In a recent incident, TV actor Kruttika Desai was approached by some people posing as NCB officers, who accused her of drug consumption and demanded to search her car 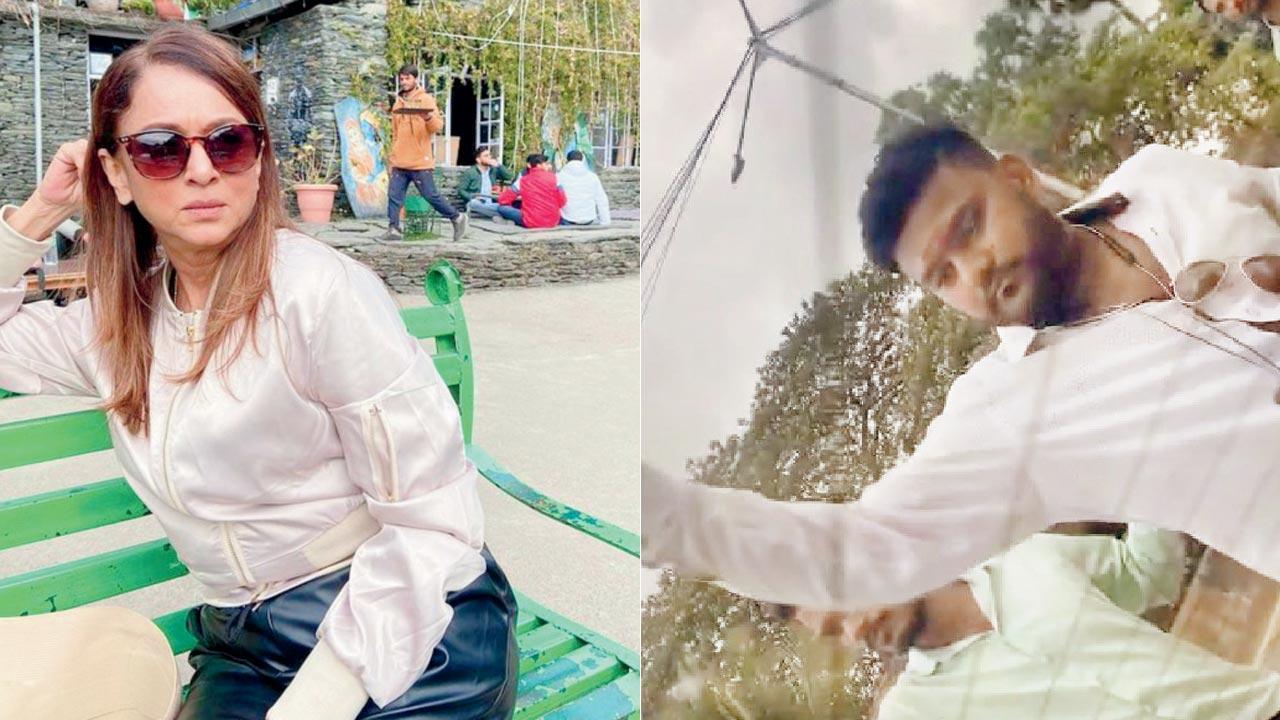 
The city imposters who initially duped people posing as cops are now flaunting a new badge—that of the Narcotics Control Bureau (NCB). The shift comes against the backdrop of recent widespread media coverage of high-profile drug cases. In a recent incident, TV actor Kruttika Desai was approached by some people posing as NCB officers, who accused her of drug consumption and demanded to search her car. She managed to escape, and approached the Dindoshi police the next day with a video clip of the three accused men, but no action has been taken yet, Desai told mid-day.

The fear of getting caught with the drugs, considering the rigorous imprisonment under the NDPS Act, makes the targets more vulnerable to such extortion. After being cheated, the drug users don’t approach the police fearing being booked on the charges of consumption,” said a city police officer, who is supervising a case involving an imposter NCB cop. 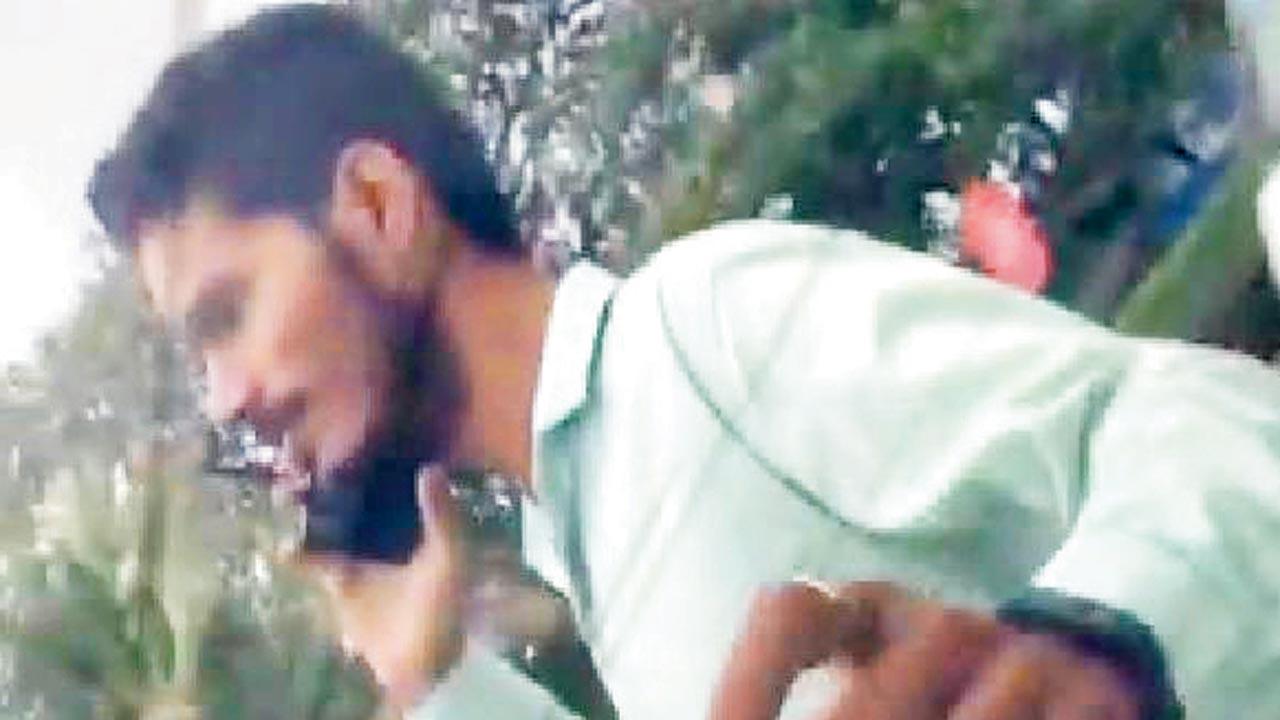 Another imposter who tried to extort Kruttika Desai

Until a year ago, such criminals would pretend to be from the city cops or Crime Branch officers. The NCB unit, which was lying low with almost no cases until a year ago, suddenly came to the limelight after the deputation of the then zonal director Sameer Wankhede. The agency started investigating cases involving the late actor Sushant Singh Rajput, Rhea Chakraborty and even questioned Deepika Padukone, Shraddha Kapoor, Sara Ali Khan, Arjun Ramphal and Rakul Preet Singh.

The most controversial case was one involving actor Shah Rukh Khan’s son Aryan Khan, which made the NCB’s city unit popular and the serial cons decided to cash in on it, said police officers. Since then, there have been several extortion cases involving imposter NCB officers, and in one case, an actress ended her life.

Desai appears to be the latest victim, though she managed to escape the imposters’ clutches. She was approached by three men while she was heading home after a shoot at Aarey Film City on June 9.

“Three people stopped us and parked their bike in front of my car, and told me that they were from the special police department. They demanded to search my car, claiming I was carrying drugs. I asked for their ID cards, but they showed me a yellow card that didn’t have any photo or logo. I realised they were imposters and started recording them,” she told mid-day.

“One man claimed my hand smelled of drugs and demanded to smell it. I asked them to call a lady constable. Two of them pretended to call someone. In the meanwhile, I asked my driver to roll up the windows. They let us leave when I started shouting at them,” Desai added.

Desai said she visited the Dindoshi police station on June 10 and met the station house officer. “I reached the police station at 7 pm and the officer told me that it will take over two hours to register an FIR, even though I had the video and a written complaint explaining the entire incident. I gave him the complaint letter and the video, and left, as I couldn’t stay that long. The officer said he will give me an update. But I haven’t received anything yet,” the actor said.

Police said the modus operandi shows that the accused are targeting people at pubs, bars and other night hangouts. The imposters befriend the security guards, bouncers and other staff of the pubs to get information on the vulnerable visitors. Once they set eyes on a target, they follow the person home, check their financial background and wait for the right time for fake raids. The imposters then extort money by threatening to arrest them. They even claim to be involved in cases related to Aryan and Rajput, said the city police.

An assistant director overcame his drug addiction after being targeted by imposter NCB officers whom he paid R1 lakh. The D N Nagar police managed to arrest the three accused identified as Deepak Vilas Jadhav, Pankaj Kumar Pal and Sachin Santosh Singh. They had previously targeted two others. On June 14, he was stopped by six men, who knew about his drug purchase history, which shocked him.

A police officer said, “The accused told the director that they have evidence, and demanded Rs 3 lakh. However, they got Rs 1 lakh. Later, when the director enquired about the trio with his sources, he learnt that they were fake NCB cops. He then approached the police and filed a complaint. During the probe, police learnt that the trio had been following the director from the pubs and bars he frequently visited.”

“That day, the accused took away my phone and wouldn’t allow me to call anyone. Scared, I did whatever they asked me to. They knew everything about me, and there were six people against me. They even threatened me. The accused should get the harshest punishment,” the director told mid-day.

Police Inspector Anil Mule (Crime) of DN Nagar police station said, “This is the first case we have registered so far, as per my knowledge. We request people to come to the police immediately when such an incident happens, so that the accused are caught. Most of the time people don’t come forward as they are scared. In this case, three accused are still absconding.”

In December 2021, a 28-year-old Bhojpuri actress died by suicide after two imposter NCB officers demanded Rs 20 lakh from her. Later identified as Suraj Pardeshi and Pravin Walimbe, the duo had raided her house while she was partying with her friends. They called her to a five-star hotel to pay Rs 20 lakh, which she didn’t have. On December 23, she took her life at her home. A police officer said the duo had got her information from the pubs and bars she frequented.

Police sources said such extortionists also have contacts with the drug peddlers, who give out the buyers’
information.