Deceased had prevented accused from going through bins on his territory 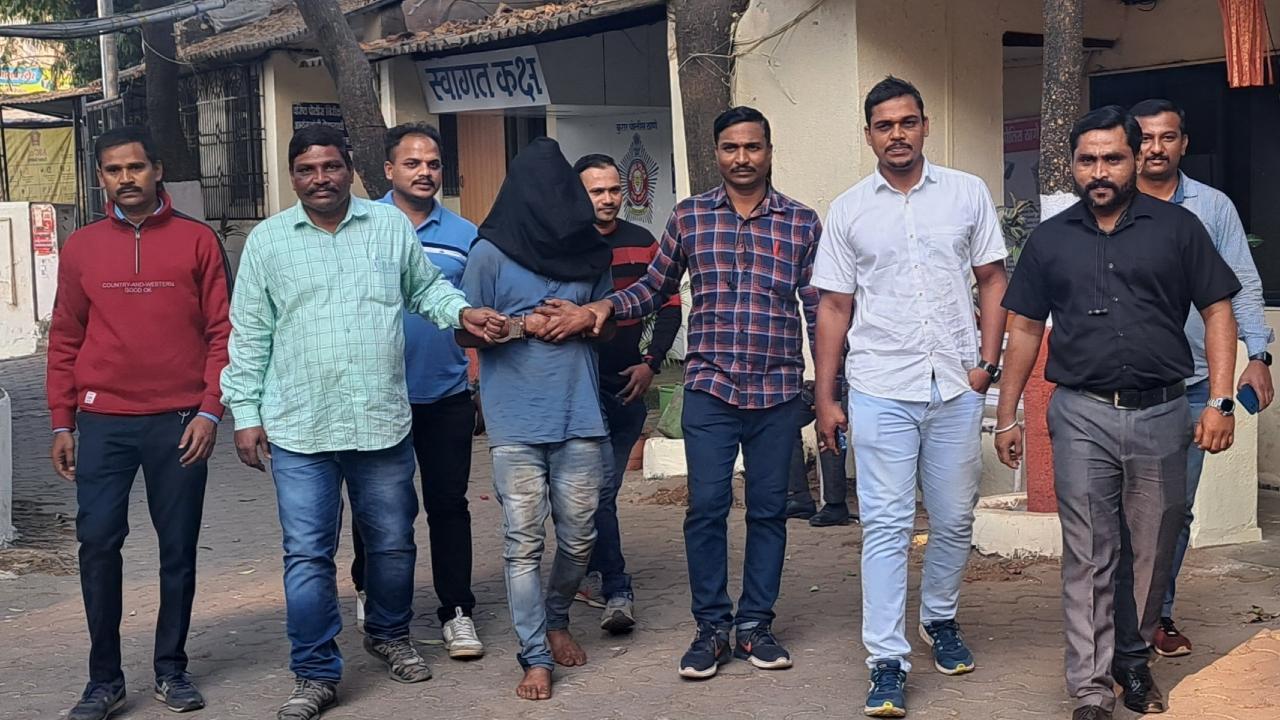 The accused and the team that nabbed him


While turf wars between underworld factions are not unheard of, blood has been spilt over scrap from dustbins. The incident, where one scrap picker murdered another in a brawl over territory, occurred in Malad East.

According to sources from the Kurar police station, the blood-soaked dead body of an unknown person was discovered by patrolling cops around 4 am on Tuesday near Shantaram Talao.

The deceased was eventually identified as Sankesh Deepak Rane, 25, who resided at Parekh Nagar, Kurar. He used to sell scrap to a dealer in a nearby locality.

"It was this dealer who revealed the identity of the deceased as well as his address. We had no clue as to who killed Rane," said an officer.

Also read: Mumbai Crime: Search on for body of girl who went missing from same spot in 2016, says Police

He added, "After meeting Rane's mother, we inquired about his close friends and acquaintances and three people's names came to the fore. We summoned two, but the third, Manishkumar Shukla, 30, was absconding. We got information about his whereabouts and finally caught him on Tuesday morning at Goregaon."

During the interrogation, he spilt the beans and has been arrested the officer added.

Shukla, a Malad East resident, would pick up scrap from dustbins in Kurar.

According to the police, Rane and Shukla were close friends and used to drink together often but in the past six months, Rane had allegedly stopped Shukla from picking scrap from dustbins in an area that he had demarcated as his own.

On Monday evening, the duo once again fought over the matter. Shukla then called Rane to a settlement near Shantaram Talao late at night and served him a drink. Later, the accused allegedly attacked Rane with iron implements that he used to use.

"Shukla will be produced before the court on Wednesday," said Senior Inspector Satesh Gavde of the Kurar police station.