Shivdas Kumavat had gone for a walk after dinner and did not return; family says he was losing his memory 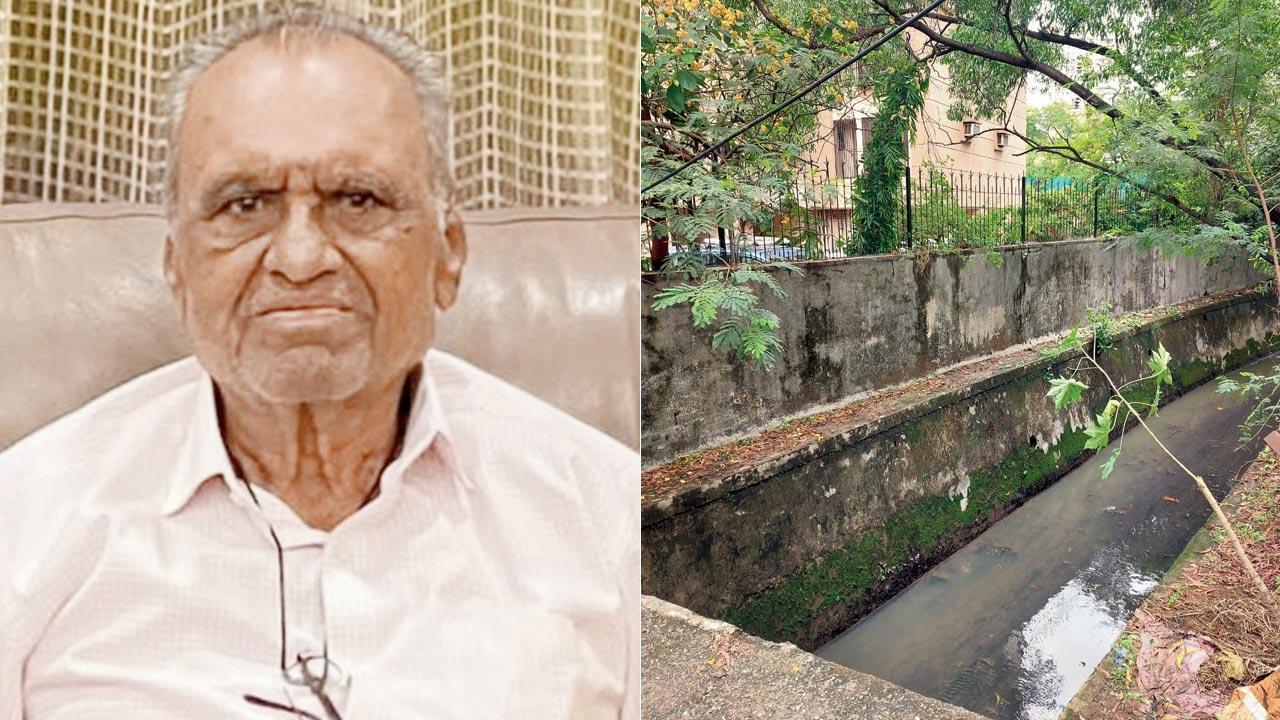 Shivdas Kumavat. His son is also in the police department; (right) The nullah where the body was found. Pics/Rajesh Gupta


The body of an 87-year-old retired police inspector was found in a nullah at Mulund East when it was being cleaned on Sunday morning. The police said he had been missing since June 15 and Navghar police had registered a missing complaint. The deceased’s son, Kishore, is also in the police department and works as an Assistant Sub-Inspector (ASI) at Nehru Nagar police station.

The deceased, Shivdas Kumavat, was  a resident of Sai Ram Apartment at MHADA Colony in Mulund East and stayed with his son and family. The police said due to old age Kumavat had memory loss and on June 15 he left his home for a walk but didn’t return. Mulund’s Navghar police registered an Accidental Death Report (ADR) and started investigation.

According to the police, after Kumavat had dinner and went for a walk, he got lost and took another road and reached Mahalaxmi Tower in the area. While walking on the footpath Kumavat probably fell into an open nullah.

A relative of Kumavat said, “Every day, he would go for a walk after having dinner, but on June 15 he didn’t return  home. We checked the entire area’s CCTVs. Navghar police also helped us, but were unable to trace him. He was losing his memory day by day and we assume that he missed the regular road and went on to another and fell into the nullah.”

Speaking to mid-day, Senior Inspector Sunil Kamble of Navghar police station said, “On Sunday morning while cleaning the nullah a person found a floating body. The body was in a decomposed condition. We sent it for postmortem to find the exact cause of death. Primarily, we found that Kumavat died due to drowning but are waiting for further report. We handed over Kumavat’s body to his family after the postmortem for last rites.”