Mumbai: Thief got your phone? Don’t forget the FIR

Even though Crime Branch finds their phones, hundreds of people are unable to get theirs back, because police didn’t file an FIR 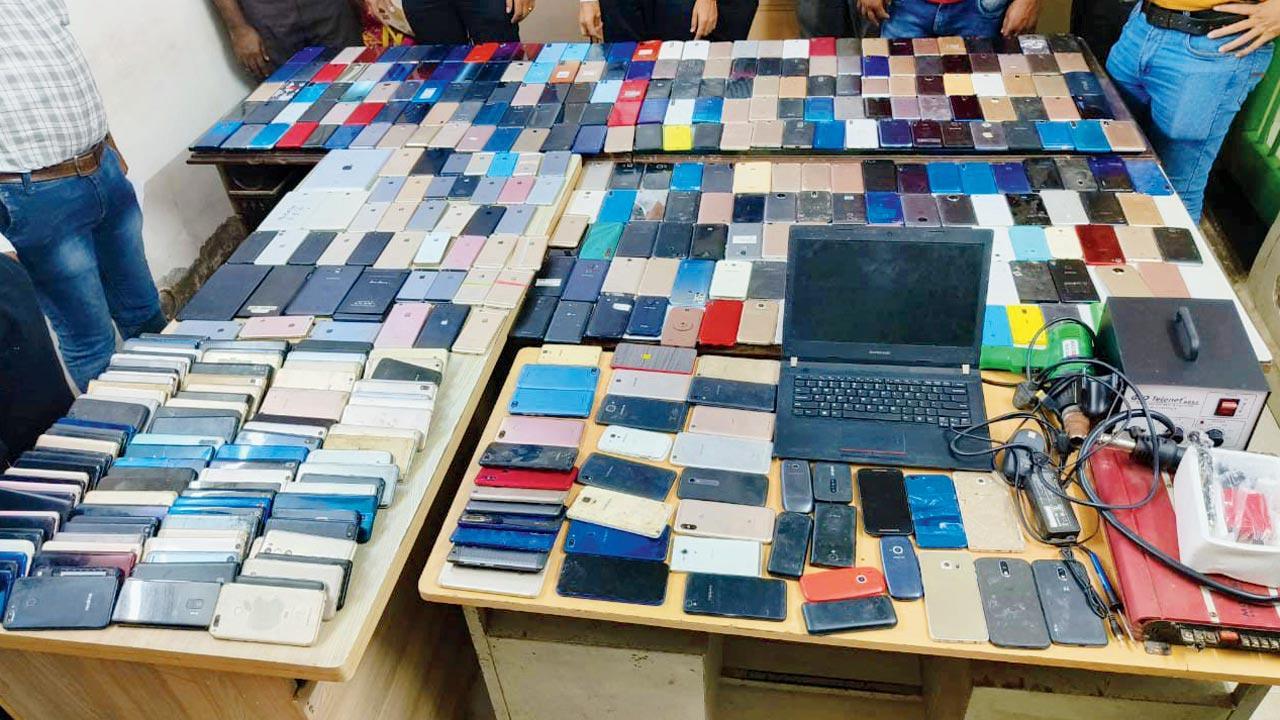 Phones seized by cops. Court mandates a record at the police station for returning stolen goods to owners


If you ever lose a phone in a theft, ensure that you file a complaint and the police register an FIR. Also, do not forget to take the copy of your FIR. This will help you get your phone back when found.

The Crime Branch officers recently recovered over 620 phones in raids on racketeers involved in smuggling of the smart devices. They managed to trace over the owners of more than 100 phones, but only seven of them could submit a copy of their FIR, while others could not. The reason: the police did not file a complaint when victims approached them after losing their phone.

The court makes it mandatory to have a record at the police station of the stolen property, for its return to the legitimate owner.

“The FIRs serves two purposes—one for submission before the court so that it can order the return of the property to the owner, and the other to ensure longer jail time for the accused after they are handed over to the concerned police station,” said a Crime Branch officer on condition of anonymity.

The Crime Branch managed to extract the IMEI numbers of the mobile phones, and has contacted the owners to ask them to claim their device. But, most owners are facing a hurdle due to the absence of an FIR.

“My phone was stolen in Malad a couple of months ago while travelling on a BEST bus. I visited Malad police station, but they just gave me a missing note. The Crime Branch called me yesterday and informed me that my phone had been found. When I visited the unit’s office, officers demanded a copy of the FIR which I don’t have. This is frustrating,” said a 43-year-old Malad resident, not wishing to be identified, fearing local police might not help him with the FIR.

A 21-year-old woman had approached the RCF police three months ago, but the police refused to file a complaint. “My phone was stolen when I was travelling on a bus. The police only gave me a missing note, and said it was enough to get a new SIM card. A couple of days ago, I was happy to learn that the Crime Branch had found my phone. But my happiness didn’t last long, as they wanted an FIR to process my claim. Now, RCF police say they can’t register an FIR for the same mobile phone, as they had issued a missing note,” the Chembur resident said.

A 23-year-old college student from Chembur is tired of making rounds of the police station for the complaint. “If I have receipts and bills of a mobile phone with an IMEI number, why is the phone not being handed over to me? I am tired of visiting the police station as they just shoo me away. This is frustrating,” he  said, after being found arguing with Crime Branch officers.

Officers from Unit 6 of the Crime Branch are now calling each police station to file FIRs, and informing them that they don’t need to do any investigation as the phone and culprits have already been found.

“The previous police commissioner had made it mandatory to register an FIR for missing phones, too. But, as we are calling the owners and asking them for an FIR copy, it’s getting clear that police were refusing to abide by the order,” said the Crime Branch officer.

According to police sources, an internal notice was flashed to all the police stations, along with the IMEI numbers, to register the FIR and forward it to the Crime Branch’s Unit 6. “To reduce the hassle for the complainants, we have asked the investigating officers of the police stations concerned to forward us the FIRs,” said Deputy Commissioner of Police (Detection 1) Sangramsingh Nishandar.