How a cyber expert told NIA that former police chief paid him to doctor report tracing origin of threat to industrialist. And all the inside dope from the document 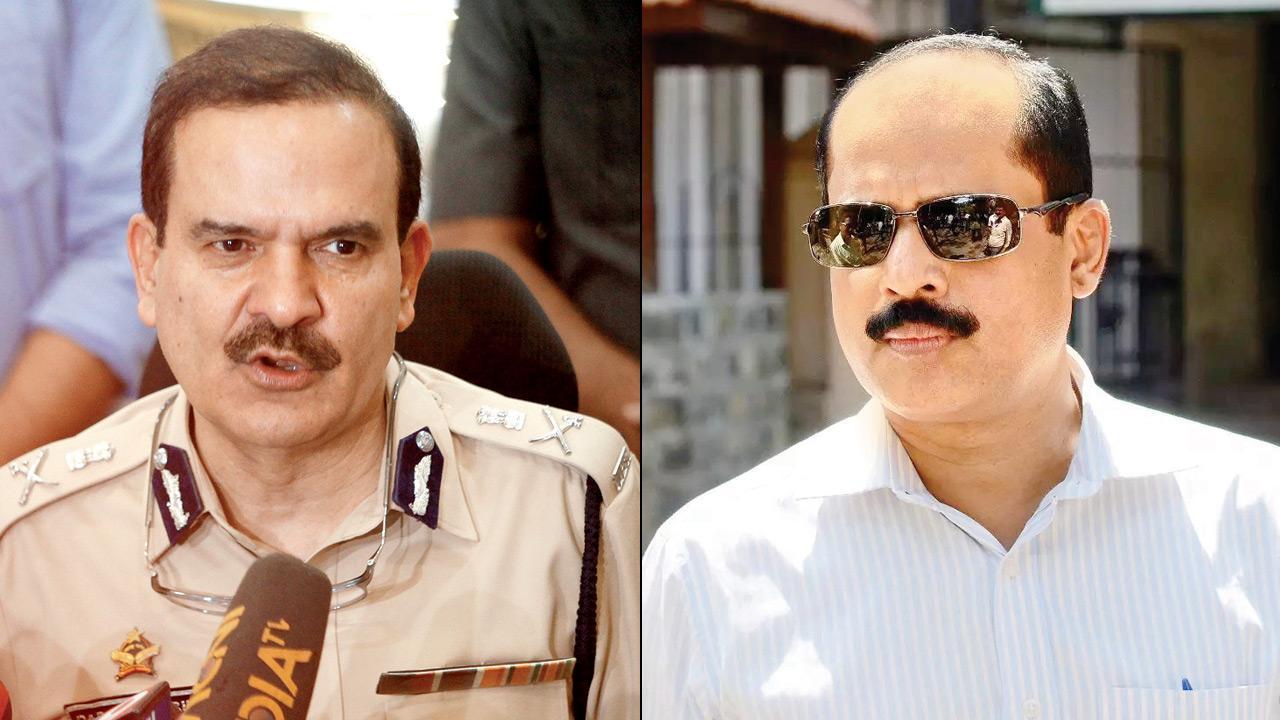 
The 10,000-page charge sheet filed by the National Investigation Agency (NIA) in the Ambani bomb scare case reveals how former police chief Param Bir Singh misled the probe by faking the involvement of terror group Jaish-Ul-Hind. A cyber expert’s statement says Singh paid him Rs 5 lakh to doctor the report to show that the terror outfit used a Telegram channel similar to the one it used for a bomb blast near Israel Embassy in Delhi in January.

Since the beginning, the NIA was suspicious of the involvement of former commissioner of police (CP) Singh in the alleged conspiracy about Jaish-Ul-Hind. However, nothing has been mentioned in the charge sheet as far as Singh’s role is concerned.

But the charge sheet features a statement by a cyber expert, who allegedly wrote the doctored report attributing the threat to Jaish-Ul-Hind, saying the outfit, on a Telegram channel, claimed responsibility for placing an explosives-laden car outside industrialist Mukesh Ambani’s residence. The cyber expert, in his statement recorded before the NIA on August 5, stated that he modified the report on Singh’s insistence.

The cyber expert, who has been training IPS officers across India and has been helping various intelligence agencies in tracking cyber terrorism, stated, “... I had visited the office of the CP Mumbai on March 9, 2021, in connection with a training programme that concluded on 15.01.2021 for the Crime Branch, Mumbai, and a second training which started for Addl. CP Mumbai in the first week of February, 2021. Besides, a new training was verbally proposed for South Mumbai under the supervision of Addl. CP South. During the said meeting I mentioned to Sh. Param Bir Singh, IPS, the then CP Mumbai that the Telegram Channel ‘Jaish-ul-Hind’ on which a post had appeared on 27.02.2021 claiming responsibility or the Antilia terror scare has been resolved by the Special Cell Delhi Police and that the mobile phone number linked with the said Telegram Channel was found to be used from within the premises of Tihar Jail. I told CP Sir that as a cyber security expert I, too, had been following a Telegram Channel with a similar name since the time a blast had occurred outside the Israel embassy in New Delhi on 29.01.2021, and that since I was already into such work I have shared with the Special Cell Delhi Police information gathered by me and thereafter I was asked by the Special Cell to collaborate with the Special Cell Delhi Police. After sharing the above information with CP Mumbai, I was asked whether I could give such a report in writing. I said that the work was confidential and was being done by the Special Cell Delhi Police and hence it would not be proper on my part to give any report in writing in this regard. But the CP Sir said that it is a very important matter and that I should be giving the said report and that CP Sir was also going to talk to IG NIA in this regard.”

“As per the insistence of the CP Mumbai, I prepared a report on my laptop sitting in the office of the CP Mumbai. The said report was in one paragraph and I showed it to the CP Mumbai. After going through the report Param Bir Singh Sir asked me to insert the poster that had appeared on the Telegram Channel ‘Jaish-Ul-Hind’ claiming responsibility for the Antilia scare. He told me that IG NIA is expected shortly and that he would like to show the report to IG NIA. Accordingly, I modified my report and inserted the poster that had appeared on the Telegram Channel ‘Jaish-u-Hind’ and mailed the said report to the official email id of CP Mumbai,” his statement read.

‘I tracked outfit in another case’

The expert stated that the report, which he had sent to the Delhi Special Cell regarding Jaish-Ul-Hind, was for a different case, but had to insert in it a poster of Jaish-Ul-Hind claiming the responsibility of Antilia bomb scare. “It is now pointed out to me that as per the above said report given by me to the CP Mumbai, I had fetched the IP address linked with the Telegram channel ‘Jaish-Ul-Hind’ since 3.28 pm on 26.02.2021, whereas the poster claiming responsibility for the Antilia terror scare had appeared on 27 02.2021. I was asked as to why I was following the Telegram channel ‘Jaish-UL-Hind’ a day prior to the appearance of a poster claiming responsibility for the Antilia terror scare. I would like to clarify that the Telegram Channel that was identified and resolved by me was different from the one on which the poster had appeared. The one resolved  by me had only 3-4 members and there was no poster related to the Antilia terror scare on that channel. I say that the Telegram Channel ‘Jash-Ul-Hind on which the poster appeared was in fact resolved by the Special Cell Delhi Police and not by me. However, when I shared my input with the Spl. Cell Delhi Police, it came to light that the IP address pertaining to both channels were found to be linked with the same virtual number +191******47 linked to TextNow App, which was further resolved by the Special Cell Delhi Police with TextNow and found linked with Airtel number 93*****819, which was found to be operated from within Tihar Jail.”

A screenshot of text on Jaish-Ul-Hind’s Telegram channel, which was shared with the private firm after it went viral

“I am now asked as to how the said report got leaked to the media. I say that while handing over the report to CP Mumbai on 09.03.2021, I had conveyed that the information was very confidential and that the Special Cell Delhi Police was still working on the input. But I was shocked to see the details appearing in newspapers the next day and was very upset about the same,” his statement read.

“Further, it is submitted that the case is being investigated vis-a-vis threat post emanated from Jaish-Ul-Hind evidences are also being collected against the accused persons as well as to ascertain the role of other persons in the entire conspiracy,” the NIA charge sheet stated, without mentioning the names of the suspect. The agency recently sought custody of dismissed police officers Sachin Waze and Sunil Mane stating that it has evidence, but the court denied their custody. mid-day is not revealing the name of the cyber expert, as he is a crucial witness in the case and the NIA’s further investigation in connection with the Jaish-Ul-Hind conspiracy continues.

Meanwhile, the NIA has dropped terror charges against dismissed API Riyazuddin Qazi who was probing the Antilia case at the initial stage. It has charged him for destruction of evidence and criminal conspiracy. “The terror charges have been dropped against my client. And we will fight whatever charges he is facing now before the court of the law. We have full faith in the judiciary. He never knew anything about Sachin Waze before the latter joined the CIU. People should stop calling him the close aide of Waze,” his lawyer Zeeshan Khan said.

Next Story : SUV bomb scare case: How Mansukh Hiran was trapped and murdered