The couple were living in an apartment in Arekere on the Bannerghatta Road and soliciting customers through WhatsApp and online channels, said the police 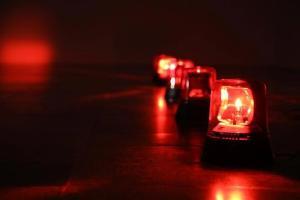 
A couple from Delhi were among three persons arrested on the charge of running a prostitution racket in the city, run discreetly online for pimping and receiving payments, an official said on Tuesday.

"We have arrested the couple from Delhi, who shared pictures of women through WhatsApp and had made arrangements at a lodge in Arekere for customers to meet sex workers," Central Crime Branch Deputy Commissioner of Police (DCP) Kuldeep Jain told IANS.

Henry Singh Solanki, 30, and Heena Singh Solanki, 28, were living in an apartment in Arekere on the Bannerghatta Road and soliciting customers through WhatsApp and online channels.

Incidentally, the couple was careful in circulating phone numbers with a clean call data record.

"Instead, they were only conversing through WhatsApp calls and messages to bypass any police surveillance. If someone called them directly, they would not pick those calls," he said.

Similarly, they were accepting money only through online mode.

"Sometimes, the women deputed by the couple were receiving the money transfers to re-route the same to them," said Jain.

Incidentally, police got a tip-off on the couple from a family members of a person who was trying to contact the couple for paid sex, and shared the two phone numbers.

"It took us some 12 days to slowly track the couple and arrest them on running the prostitution racket," said the DCP.

On Monday, police raided the Comfort lodge in Arekere and also arrested Annappa, 28, the lodge manager, on charge of colluding with the couple. Two young women were rescued, one from Punjab and another from Uttar Pradesh.

Police is investigating the number of women involved by the couple in the racket.

All three accused arrested under Section 370 of the IPC dealing with immoral trafficking will be produced in a court on Tuesday.

Next Story : Woman gang-raped at gunpoint in Rajasthan's Dholpur