Sheena Bora murder case: Indrani Mukerjea walks out of Byculla jail, says she has forgiven all who hurt her

Supreme Court had granted Indrani bail in the case on May 18. She came out of the prison around 5.30 pm and was seen leaving in a car. Her lawyer was present to receive her outside the prison 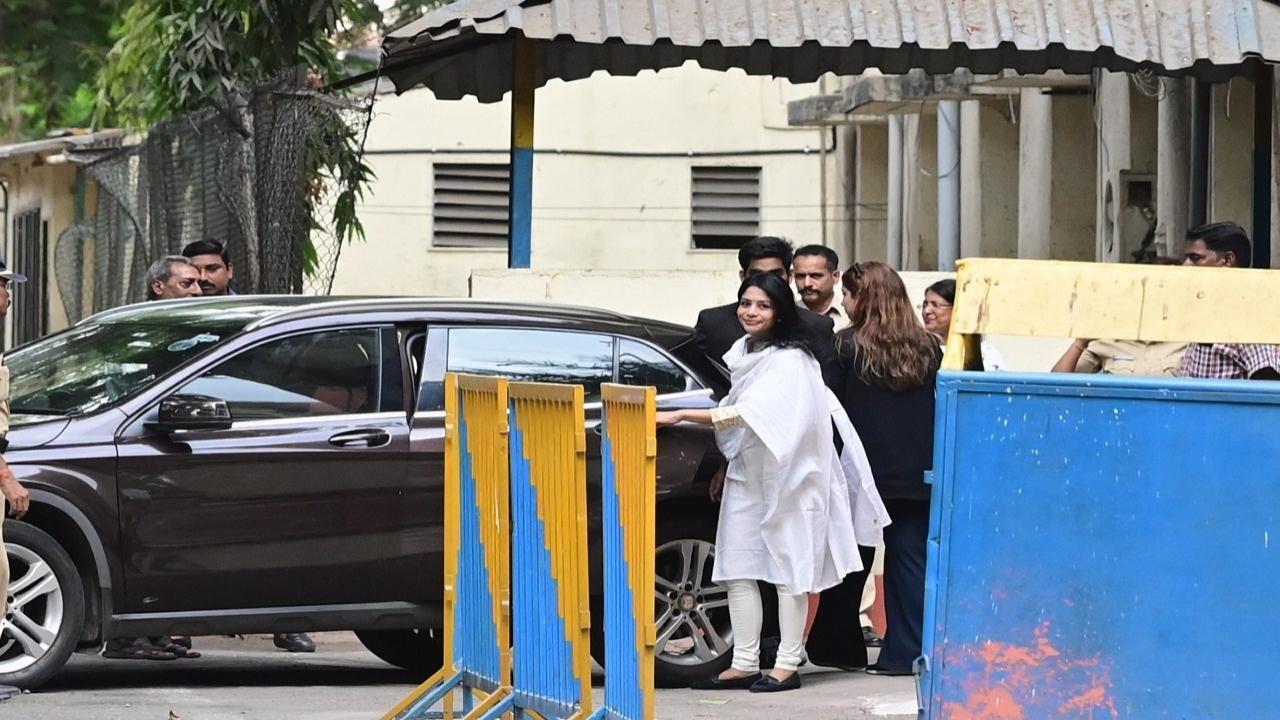 
Former media executive Indrani Mukerjea walked out of Mumbai's Byculla women's prison, over six years after she was arrested for allegedly murdering her daughter Sheena Bora. "I am so happy," a beaming Indrani (50) told waiting reporters.

As she stepped out of the jail, her changed appearance attracted notice. Gone was the grey hair seen during her court appearances. Instead, the hair was now dyed black and a little smile was playing on her lips as she faced reporters. ¿I learnt a lot in jail," she said. "I am going home. I have no plans. Just want to go home,¿ Indrani said. Asked if she blamed anyone for her incarceration, Indrani mentioned empathy and forgiveness.

#Mumbai: After walking out of #Byculla jail, #IndraniMukerjea along with her lawyers outside her residence, said, "I am overwhelmed at the moment. My faith in Indian judiciary has been restored. I thank my lawyers and will not talk about the case."

"I have forgiven all the people who have hurt me. That's all,¿ she said. Indrani stepped out of the jail around 5.30 pm, hugged her lawyer Sana Raees Shaikh, smiled and waved to waiting media. She then stepped into the lawyer's high-end car and drove to her Worli flat. ¿My faith in judiciary is restored. All should respect laws of the country. There may be delay but there is justice,¿ she told reporters outside her Worli house. "I am very happy. There are no other emotions now. I am feeling very free,¿ she said. Indrani said she is writing a book. It won't be about her jail stint, she added. "I have seen life through a different lens,¿ she said. Asked if she still believes Sheena Bora is alive, Indrani said, ¿I won't talk about it now. Whatever I have to say, I will say in court."

"When I came home this evening, I found it decorated," she said. Supreme Court granted Indrani bail in the case on Wednesday. Sheena Bora (24) was killed sometime in April 2012 if the investigators are to be believed, but the crime came to light three years later with the arrest of Shyamvar Rai, Indrani's former driver, for illegal possession of weapon on August 21, 2015. During the interrogation, Rai told the police that he knew of a murder that had taken place in April 2012. Rai claimed that Indrani, then wife of media baron Peter Mukerjea, had strangulated her daughter Sheena in a car with the help of her former husband Sanjeev Khanna. Four days later, the police arrested Indrani. They also arrested Khanna, her former husband. Indrani maintained that she was being falsely implicated in the case.

Mumbai Police claimed that Bora, her daughter from an earlier relationship, was killed by Indrani and Khanna in a car which Rai was driving, and the body was buried in a forest in neighbouring Raigad district the next day. The body had been found in a decomposed state a month after the murder but remained unidentified for three years till Rai's alleged disclosure, the police said. The case was transferred to the Central Bureau of Investigation (CBI) in September 2015. In November 2015, the CBI arrested Peter Mukerjea for allegedly being part of the conspiracy.