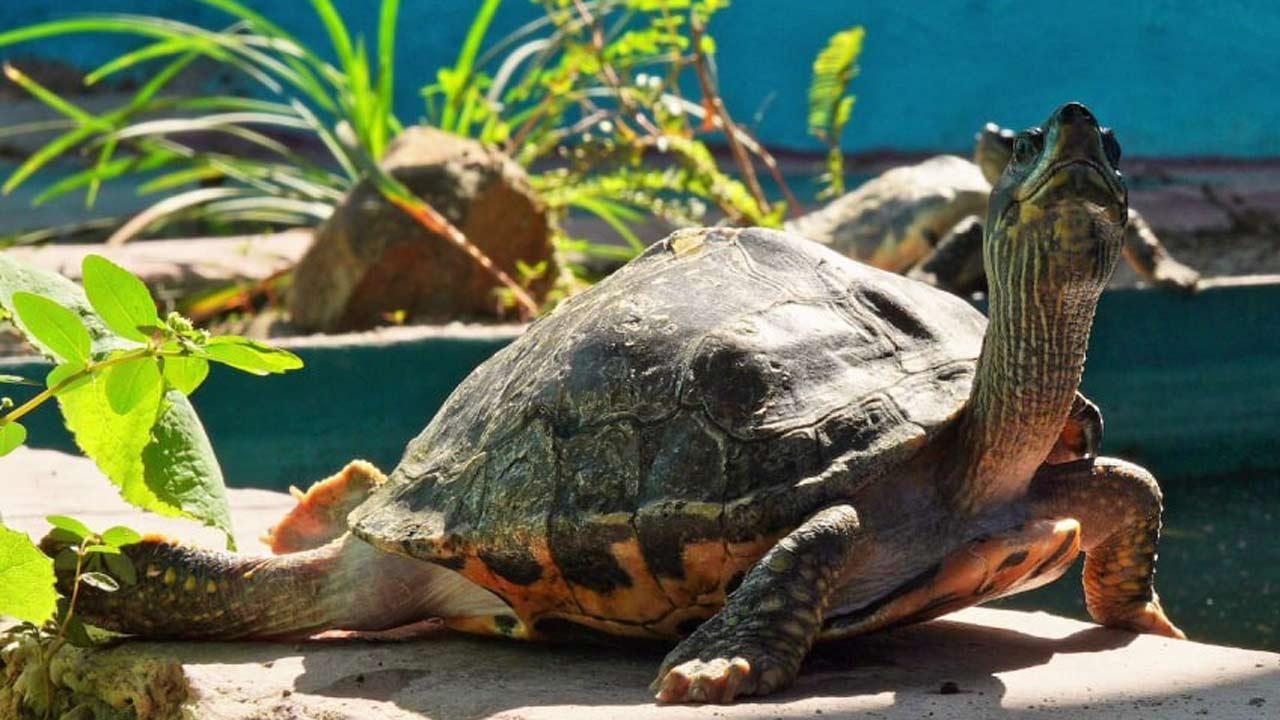 These turtles were rescued by the Maharashtra Forest Department and multiple organisations from Thane, Pune and Nashik over the last few years. In 2021, in a state-wide collective drive, these turtles were collected at the Reptile Transit Unit in RESQ Wildlife TTC, Pune. They were put through quarantine and screened for infections. They were grouped based on species and placed in suitable housing conditions where they slowly transitioned off their captive diets. They were exposed to different types of weather conditions and the ones who survived it all, were deemed fit for repatriation. 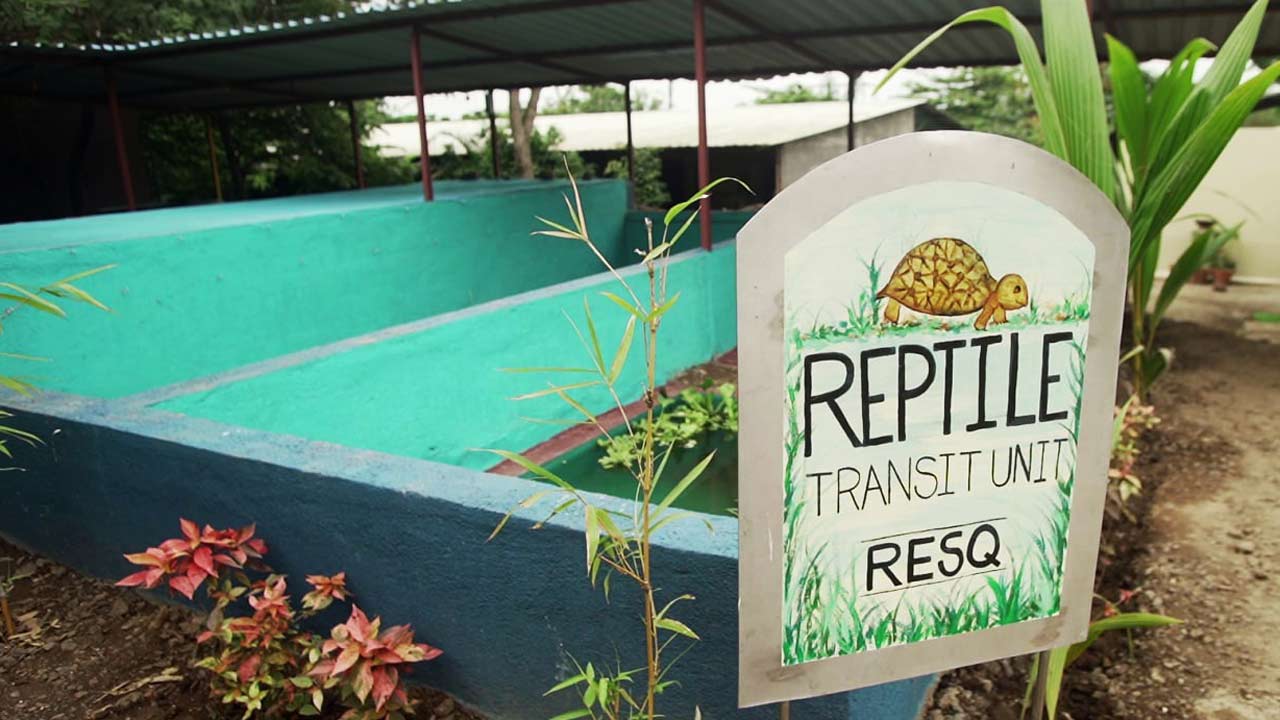 The 85 turtles comprised of Black Spotted Pond Turtle (Geoclemys hamiltonii), Indian Roof Turtle (Pangshura tecta), Tricarinate Hill Turtle (Melanochelys tricarinata), Indian Tent Turtle (Pangshura tentoria) all of whom are considered endangered species per the IUCN (International Union for Conservation of Nature) except the Indian Tent Turtle. All of the species are protected under Schedule 1 of the Wildlife Protection Act, 1972. These turtles have their distribution in the Ganga River Basin and hence it was necessary to quarantine, rehabilitate and stabilise them before they could be reintroduced to their natural habitat.

At the Gharial Rehabilitation Centre, Lucknow the Turtle Survival Alliance Team led by Dr Shailendra Singh and Arunima Singh along with the Uttar Pradesh Forest Department is enabling the process of reintroducing them to their natural habitat. “Find

ing suitable habitats in protected areas are one of the biggest challenges of reintroduction. With our observations over the years, we can say that about 60% of the turtles survive in the wild.”, says Dr Shailendra Singh, Director of Turtle Survival Alliance, India.

“I feel it is better to give them all a second shot at the wild, the fittest will survive compared to 100% of them spending their lifetimes in captivity. We put in a lot of effort at the RESQ to ensure they stand the possible chances and thanks to the incredible support from Maharashtra and UP Forest departments as well as all the other organizations involved in the rescue and final release of these animals, this is a possibility today. In the past year, we have rehabilitated over 200+ turtles and continue doing so.” says Neha Panchamia, Founder and President of RESQ CT, Pune. 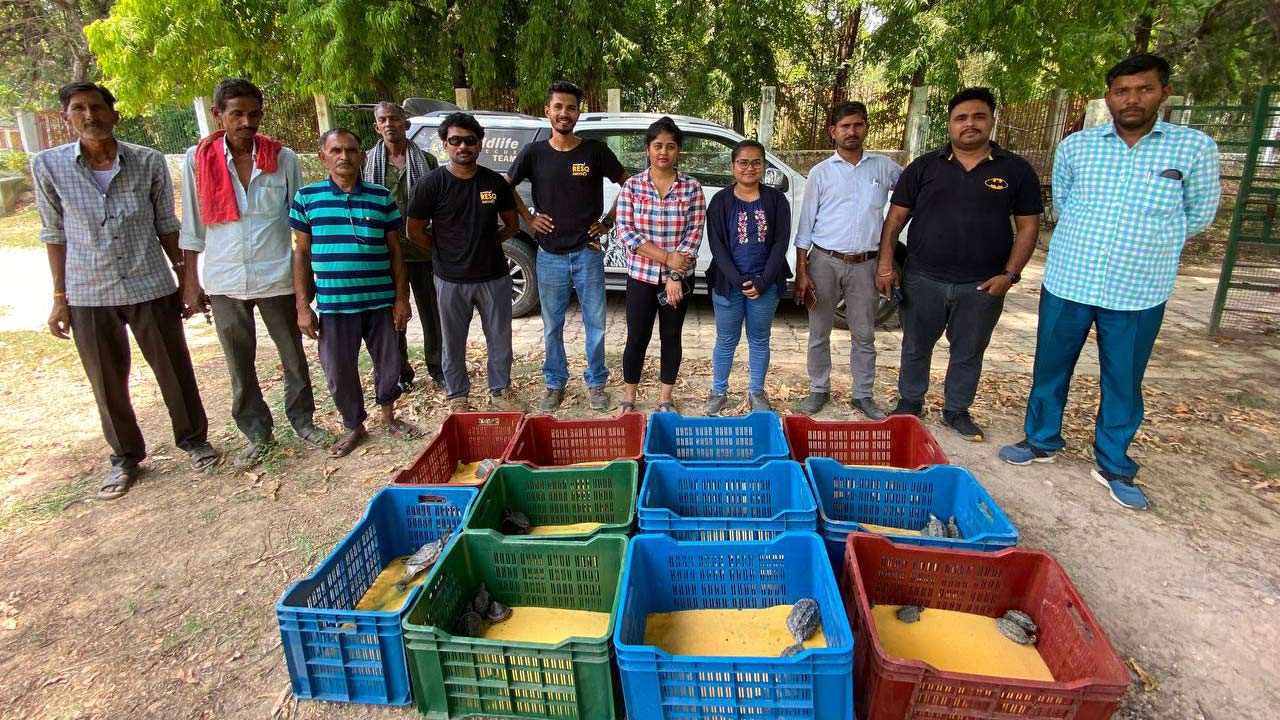 “India has the highest number of chelonian species found on any continent, making it one of the most vulnerable groups for illegal trade which is fuelled by the demand of keeping turtles and tortoises as pets. In Maharashtra, several batches have been seized by our officers while being trafficked. The initiative to start the Reptile Transit Unit in Pune was done with the goal to send these animals back to their natural habitat eventually. With so much effort being put into this by Neha Panchamia and the entire RESQ team for their collection, rehabilitation and transport, Maharashtra Forest Department liaised with Uttar Pradesh Forest Department who were very supportive in accepting them for release there.” Sunil Limaye, Chief Wildlife Warden and PCCF (WL) Maharashtra.