Over 1,300 travellers had no water in the toilets on the train for more than two days 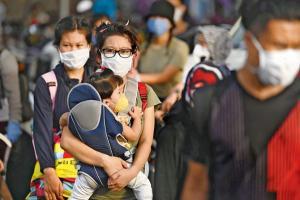 Migrants from Manipur outside CSMT on day their train departed. Pic/Bipin Kokate


Over three days after their train departed from Mumbai, around 1,300 passengers finally reached Jiribam railway station in Manipur late on Monday afternoon, 21 hours after the scheduled arrival. After this harrowing experience, all passengers will have to go through 14 days of quarantine before they can meet their family members.

Kajal Thangjam, an MBA student from Wellingkar Institute, said that while they were given food and water at regular intervals, there was no water in the toilets for two days during the journey. "We couldn't take a bath for almost four days and the toilets were stinking because there was no water supply. We complained and it was finally fixed on Sunday night after we reached Assam. The journey was never-ending but we're glad to have finally reached Manipur," she said. 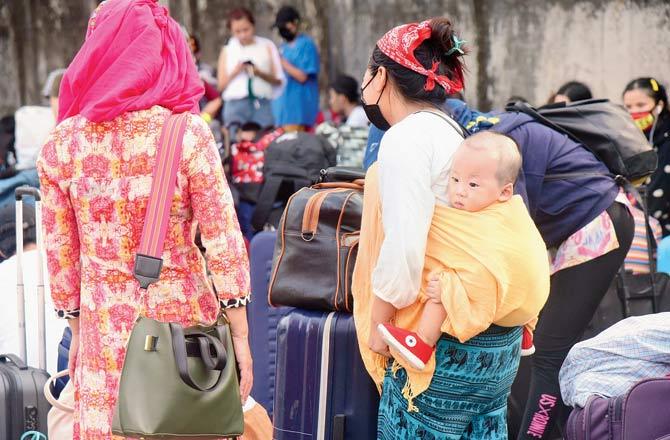 While the relief was obvious in Rebita Devi Kongbrailatpam's voice, she had another leg of the journey to complete. Kongbrailatpam, 29, a body-builder from Manipur, who was stuck in Mumbai since February due to the lockdown, lives in Imphal which is another 12-hour bus journey. "I informed my sister that I have reached but I still have to complete 14 days of quarantine before I can meet her. But I was away from home for so long that I am really happy to be back in my state," she said.

Another passenger, Angom Baleshwor Singh, a student, immediately called home as soon as the train arrived at Jiribam. "My family was worried the whole time. They are happy to hear that I have reached Manipur. I can't wait to meet them," said Singh. The Manipur government has decided to quarantine all passengers arriving in the state on trains and domestic flights for 14 days at centres in their respective hometowns. Kongbrailatpam added that the work she had visited Mumbai for is still incomplete and she looks forward to returning later. 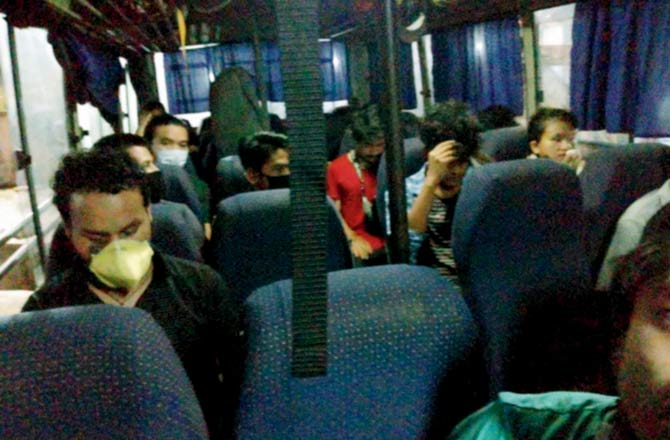 After the train left Mumbai on May 21, for nearly 24 hours, none of the passengers was given any food or water. After complaints were raised by the passengers, Central Railway officials made the arrangements. For the remainder of the journey, Thangjam said they faced no issues with food and water, adding that children were given milk as well.

The Central Railway spokesperson said, "The delay was caused due to some network congestion in the Western Railway and North Eastern Railway zones and some trains were diverted via Nagpur. It was a planned diversion to streamline the traffic movement. Complaints raised by the passengers were addressed." 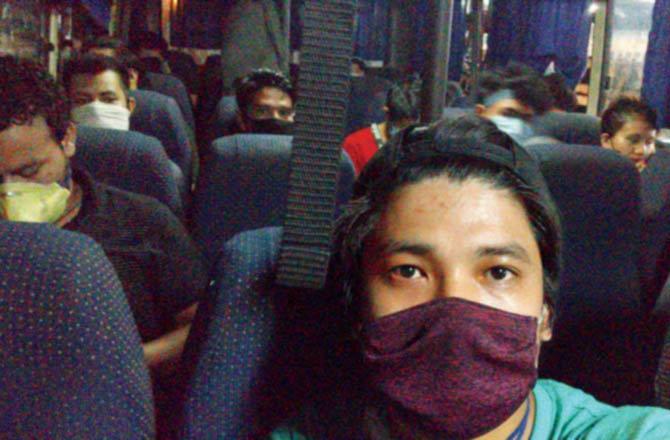 21 May
Day the train left from Mumbai

Next Story : After multiple tweets by Goyal, state govt gives list of 46 trains