COVID-19 in Mumbai: Now, get a lung scan at a van outside your building

The portable machines will be set up outside residential societies in coordination with KEM hospital, where the reports will be generated 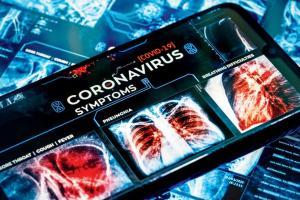 The scans will also help in distinguishing between the COVID-19 infection and other kinds of respiratory ailments, civic authorities said. Representation pic


As part of its efforts to curb the growing number of COVID-19 cases in residential buildings, starting this week the civic body will use portable X-ray machines to conduct lung scans of residents. Senior civic officials said that the machines would be used in coordination with KEM hospital's Radiology Department, which would generate the reports on a daily basis.

Additional municipal commissioner, Suresh Kakani said that the civic body had ordered 10 such X-ray machines, which were delivered last week. "These machines will be set up in vans, which will be sent to residential buildings and radiologists will read the scans. We have given the responsibility of deployment of the machines to the deputy municipal commissioners of seven zones," he said. The machines will help identify patients even if they are asymptomatic. The scans will also help in distinguishing between the COVID-19 infection and other kinds of respiratory ailments. 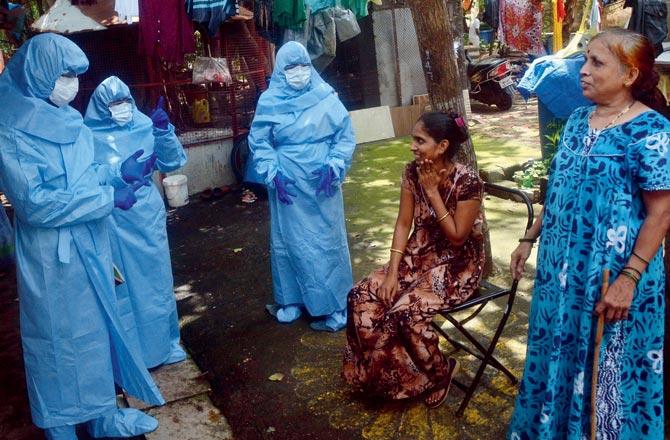 BMC health workers spread awareness on the use of facemasks at Ghatkopar East on Monday. Pic/Sayyed Sameer Abedi

Daily reports
Among the administrative wards, the average growth rate of cases is high in areas like Kandivli, Goregaon and Malad. Deputy municipal commissioner, Ranjit Dhakane for zone IV (which includes P South and P North wards) said that since the number of cases in slums had dropped, residential societies were now the focus. "We have prepared a date-wise plan for use of the X-ray machines. The focus will be mainly on people who are at a higher risk of contracting the virus and have co-morbidities. The machines will be connected to KEM's Radiology Department. As and when the residents undergo scans, the hospital's radiologists will examine them and generate reports on a daily basis," he said.

'Will start this week'
While Kakani had earlier said that the machines would be deployed from Monday onwards, deputy municipal commissioner, Vishwas Shankarwar, who is overseeing R Central, R North and R South wards, said that the equipment had reached KEM and they would get them soon.

"We have been allotted one machine, which will be used as part of the mission zero camp. The process will start this week and the machine will be sent to buildings where there are multiple active cases," he added.

As the use of technology has played a crucial role in the screening process, the civic body recently started using thermal helmets to check the temperature of multiple people simultaneously.

In May, digital X-ray machines were installed at COVID care facilities for early detection of cases.

10
No. of portable X-ray machines BMC has purchased

Next Story : Mumbai: BMC to shut down empty COVID centres