The chairman of Tata Trusts said that though his presence online is limited, he hopes that it will evolve into a place of empathy and support for everyone, rather than hate and bullying 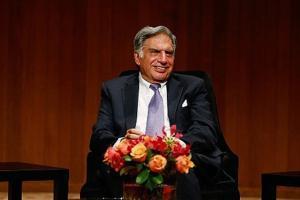 In his post, Ratan Tata said that the year has been full of challenges for everyone,. Picture/Instagram Ratan Tata


Amid rising number of incidents of cyber bullying and online hatred, business tycoon Ratan Tata on Sunday took to Instagram to pen a hard-hitting note that is winning hearts online. In the post, the 82-year-old industrialist said, "This year has been full of challenges for everyone, on some level of the other."

In March, Tata Trusts had committed Rs 1,500 crore towards India’s fight against coronavirus, which has affected over 4 lakh people and 14,000 have succumbed to the virus in the country.

In the post, Ratan Tata said, "I believe this year especially calls for us to be unified and helpful and is not the time to pull each other down. More of sensitivity towards each other, more of kindness and more of understanding and patience than one sees today."

A collage of the comments section of the post

Mr. Tata's moving post left many impressed, including actor Sonam Kapoor, who commented "Amen" along with a love emoticon.

The post has garnered over 4 lakh likes and hundreds of comments. One user said, "Phenomenal message thank you sir for sharing", while another commented, "You are inspiration of India." One of the followers said, "The world will be a much better place if it had more people like you", while another user lauded the businessman and called him the true golden gem of India.

Seeking justice for the animal, Ratan Tata said that such criminal acts against innocent animals are no different than acts of meditated murder against other humans. "Justice needs to prevail," he wrote while concluding his post.

Next Story : Mumbai Rains: IMD predicts moderate to heavy rains for next 48 hours