Man who jumped off plane at Mumbai airport wanted to ape Akshay Kumar!

After his arrest, Akash Jain told the police that he had opened the emergency door of the aircraft and jumped off because he wanted to perform a stunt like Akshay Kumar, whom he idolised 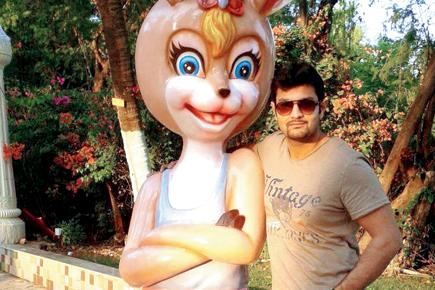 
Akash Jain’s 15-foot jump, it turns out, was prompted by more than mere impatience — he wanted to be a hero, albeit the filmy kind. 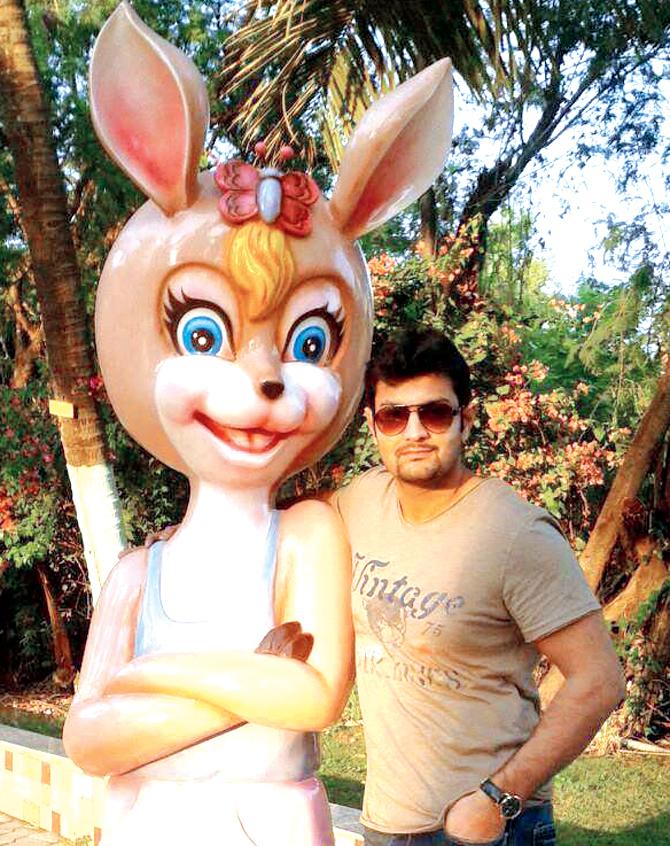 Donnie Darko? Akash Jain also told the police that the fact that passengers are repeatedly told to open the emergency doors only in case of an actual emergency made him want to open it more

“I wanted to perform a stunt like Akshay Kumar, because I am his fan, and hence I jumped off the aircraft,” admitted the 30-year-old, who was arrested by the Airport Police Station on Saturday night. Jain, who will remain in judicial custody till April 4, is a medical representative and was headed to Goa when he performed the stunt that led to his arrest. 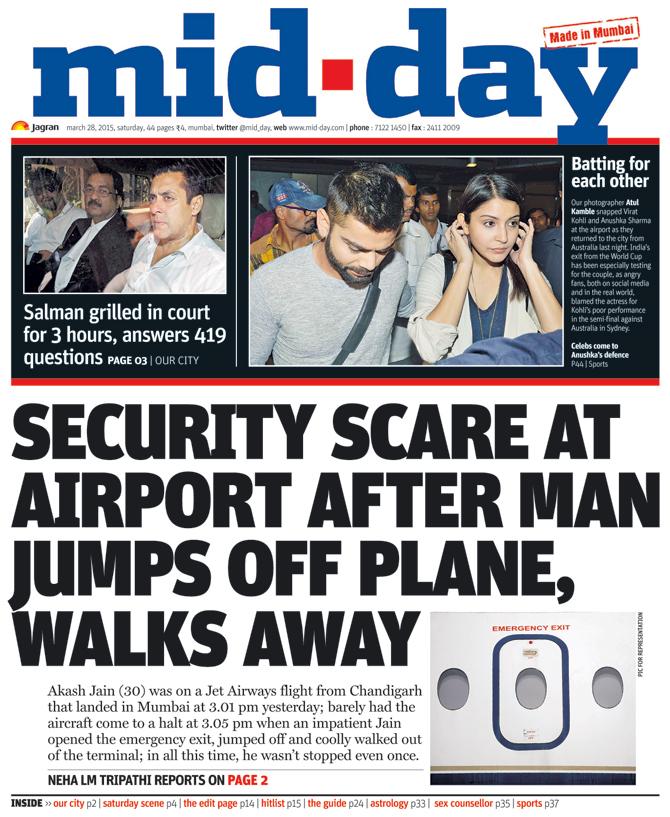 Jumping Jack: Jain was caught on CCTV exiting the airport, as reported in mid-day on Saturday

mid-day had reported how Jain had opened an emergency door and jumped off Jet Airways’ Chandigarh-Mumbai flight 9W 469 just as it had come to a standstill on Friday afternoon, causing a security scare at the city airport (see box).

Arrest
Jain was slated to take a connecting Jet Airways flight (9W 426) that takes off from terminal 1B (domestic terminal) at 5.10 pm and reaches Goa around 6.25 pm. Having exited the airport at 3.16 pm after his stunt, however, he decided to head to Goa by road. Jain first travelled to Bandra, then Dadar, and then mistakenly took a bus to Belgaum from there. Having realised the error, he got off the bus in Nerul and then took a private cab to Pune Station. 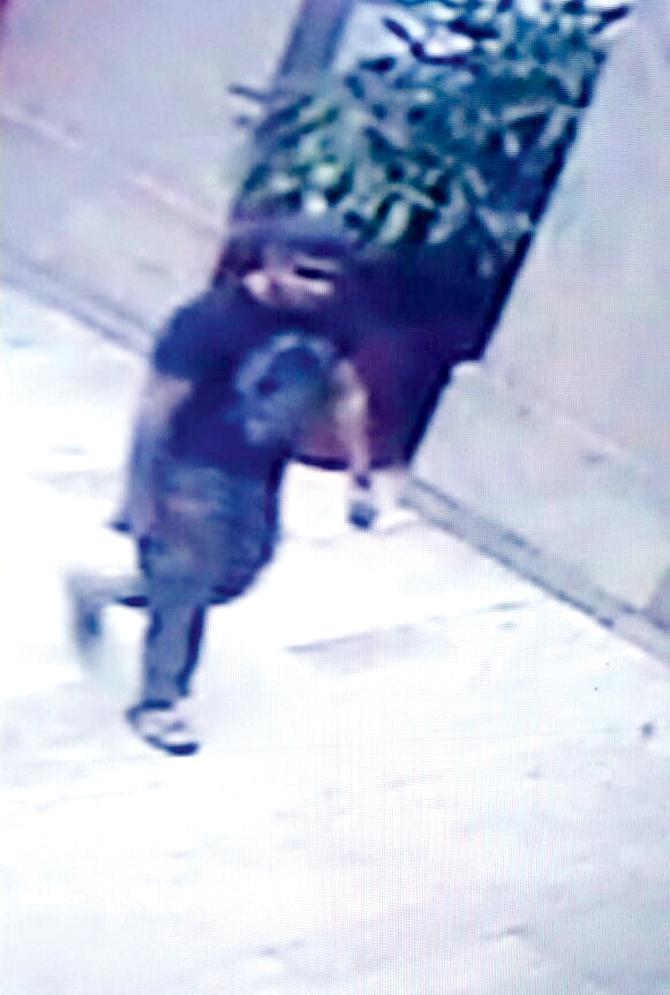 Before proceeding to Goa from there, he called up his parents. His mother informed him that his father wasn’t keeping well, and so he decided to return home to Jalandhar. He then took a Neeta Travels Volvo bus back to Mumbai and was arrested near Kherwadi signal in Bandra (East) on Saturday night.

“Since we had a CCTV grab of Jain from the arrivals hall area, we had circulated his image. On receiving specific information, we were aware that he was on his way back to Mumbai in the bus and caught him near Kherwadi around 9.30 pm on Saturday,” said an official close to the developments.

An FIR had been filed against Jain under Section 336 of the IPC and Section 29 of the Indian Aircraft Act, 1937.

“He told us that he had seen Akshay Kumar performing stunts in the movies and wanted to perform one himself. He added that the fact that passengers are repeatedly told to open the emergency doors only in case of an emergency made him want to open it more,” the Airport Police official added.

Jain stays in Rasta Mohalla in Jalandhar with his parents, two sisters and a brother. His elder sister lives in Goa and Jain was apparently on his way to meet her, said another Airport Police official.

Copspeak
Assistant Commissioner of Police (Airport Division) Madhukar Sankhe said, “We had called his parents and they reached the city in the afternoon today (Sunday). After his judicial custody ends on April 4, the magistrate will decide whether to release him on bail or take further action against him. We had specific information about his arrival in the Volvo bus and hence we caught him. It wasn’t a random nakabandi.”

Next Story : MAH-CET: Students claim they got fewer marks because of percentile system