Five people were injured, after a speeding, out-of-control Mercedes rammed into some cars, parked near the spot where they were sleeping under the JJ flyover, near Crawford Market 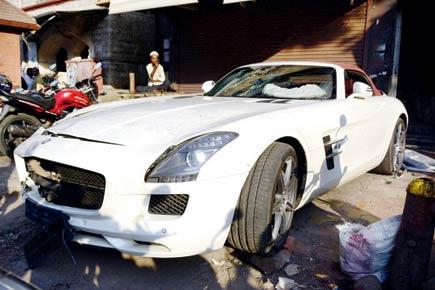 Five people were injured, after a speeding, out-of-control Mercedes rammed into some cars, parked near the spot where they were sleeping under the JJ flyover, near Crawford Market early on Friday.

The injured include four women and a child. While four of them were discharged after being treated on OPD basis, 25-year-old Munira Sheikh was admitted at JJ Hospital for multiple fractures. Haji Amin Khan (46) was driving the Mercedes, which belongs to his friend, and was arrested by Pydhonie police. He was released on a bail bond of Rs 15,000 on Friday morning. 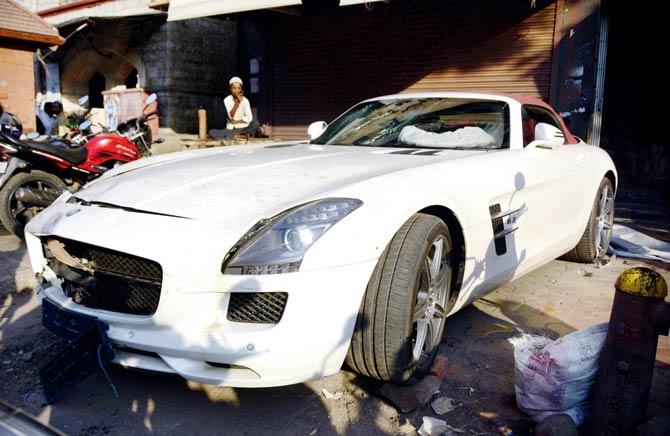 Police said the car, allegedly being driven at 120km/h, rammed into the vehicles parked under the bridge at 12.15 am, which then injured those sleeping next to them. Those injured include Ayesha Sheikh (40), Munira Sheikh (25), Alisa Sheikh (40), Rashida Sheikh (25), and Rahil Sheikh (4). Except for Munira, all others sustained minor bruises and scratches. 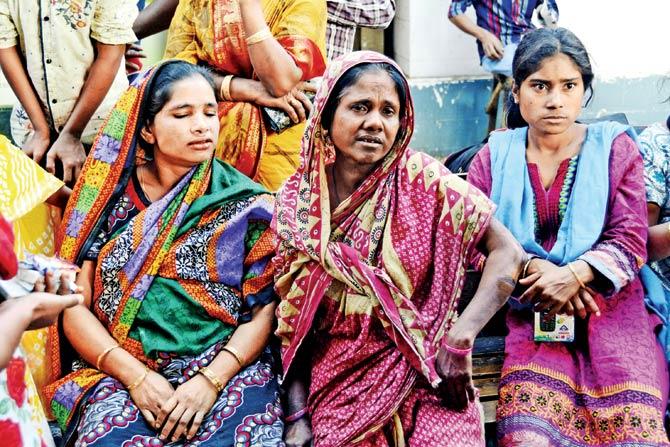 Ayesha, one of the victims, said she woke up due to the impact. "I woke up in pain to see that I was under a car. A few people dragged me out. My left leg was bleeding. They rushed me to JJ Hospital for treatment," said Ayesha, who works as a maid in the same area. Her leg was severely injured and she said she was discharged from the hospital even though she was in pain. 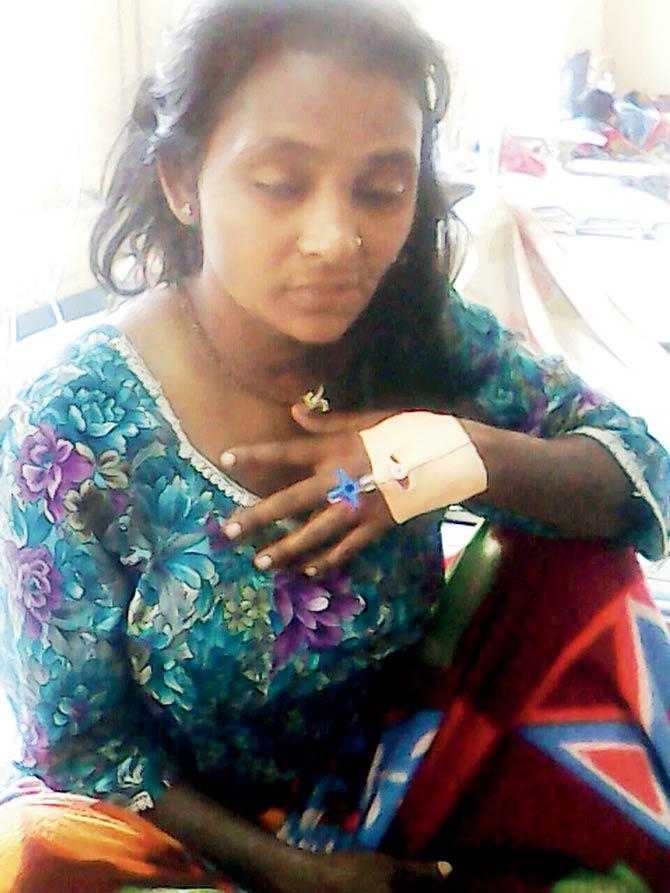 Munira Sheikh broke her collar bone and sustained other fractures

Zainab Sheikh, sister-in-law of Munira, said they have been sleeping at the spot since childhood and never thought such an incident could take place. "The four women work as maids. Their husbands have abandoned them and they are on their own with their kids. There is no one to help us. At the hospital, we ourselves bought medicines and spent R300 for the sling belts for the fractured limbs," said Zainab.

However, sources said two unidentified men met the victims and told them they would take care of the medication and hospital charges. One of them said his name was Amjad Khan and he belongs to a local trust working for the underprivileged. "We have a masjid here and run a trust for the betterment of the underprivileged," said Khan. Sources, however, said that the men were related to the accused, and have been approaching the victims since the accident, at the hospital and also at the spot of the incident.

Police speak
Police officials said they arrested Amin from the spot after he tried to flee and charged him under Sections 279 (rash driving), 337 (causing hurt by endangering life), 338 (causing grievous hurt) of IPC and 134 of Motor Vehicle Act. Amin was produced in court on Friday morning and later released on bail. Investigating officers said Amin, who had taken his friend’s car for a ride, failed to control the vehicle and caused the accident. It is learnt that Amin belongs to an affluent family and his father is associated with BMC clean up contracts. “His friend and the owner of the car had warned him about the acceleration and he eventually couldn’t control it and caused the accident. We are investigating the matter,” said a police official. Police did not disclose the identity of Amin’s friend.

RTO officials said the car is worth Rs 3 crore and is registered in Jharkhand. It was being transferred to Aurangabad RTO. The owner of the car has already paid around R6 lakh and remaining amount is pending, after which the RTO transfer will be completed.

Next Story : Panchnama not done, even after two days post waiter's death at Mumbai restaurant