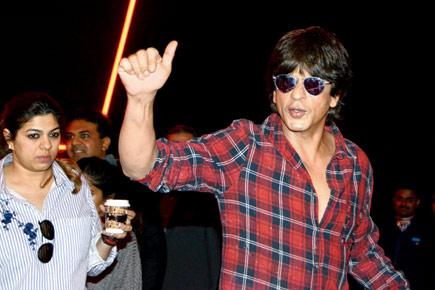 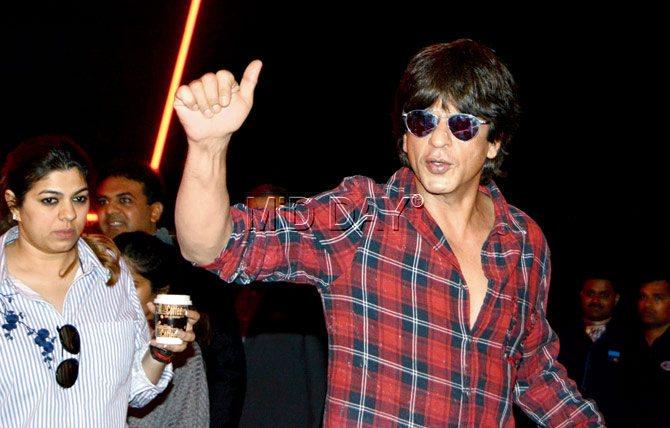 Need a pick-me-up SRK?
Actor Shah Rukh Khan needs his coffee fix, it seems, with someone following him around with a cuppa, at the launch of a Ghatkopar multiplex yesterday. 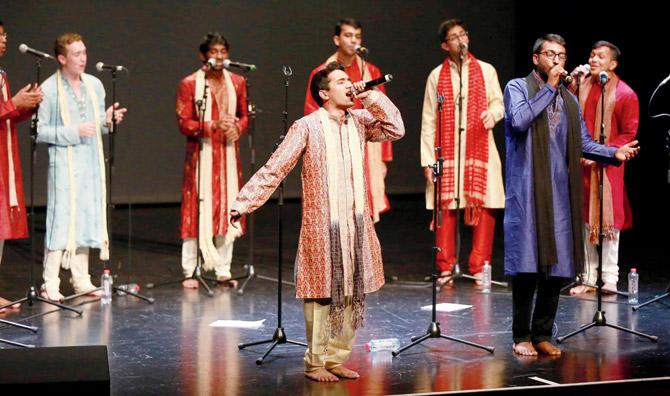 Mixed masala in A Capella
What started out as an idea to represent South Asian heritage in the form of music, by students at the University of Pennsylvania, grew into a cult outfit in a few years. Penn Masala, the world's first South Asian A Capella group formed in 1996, are still going great guns. They recently released their eleventh studio album titled Yuva, which features interesting mash-ups like Sooraj Dooba Hain (Arijit Singh)/Sugar (Maroon 5) and Baar Baar Dekho (Mohammed Rafi) and Haal Kaisa Hai (Kishore Kumar). The band is currently on a tour, and will be performing in Mumbai next weekend. We certainly hope this year's gig is better than their last one, which was a damp squib. 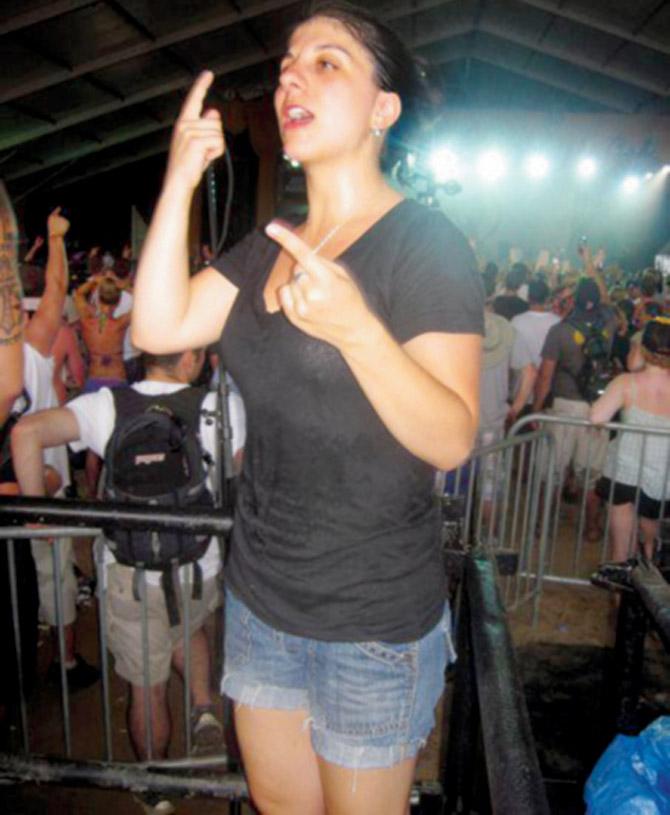 A good sign of the times
A video of a Jazz fest event in New Orleans featuring Snoop Dogg is going viral because it shows an interpreter on stage having the time of her life while using sign language to intepret the song. Going by the crowd's reaction, it's obvious that Holly Maniatty, the translator, had upstaged the music superstar. Her cousin commented on the video saying, "The interpreter is Holly Maniatty...she puts her all into studying each artist, not just the lyrics but the body language and gestures. It's all or nothing; go big or go home! So proud of her." 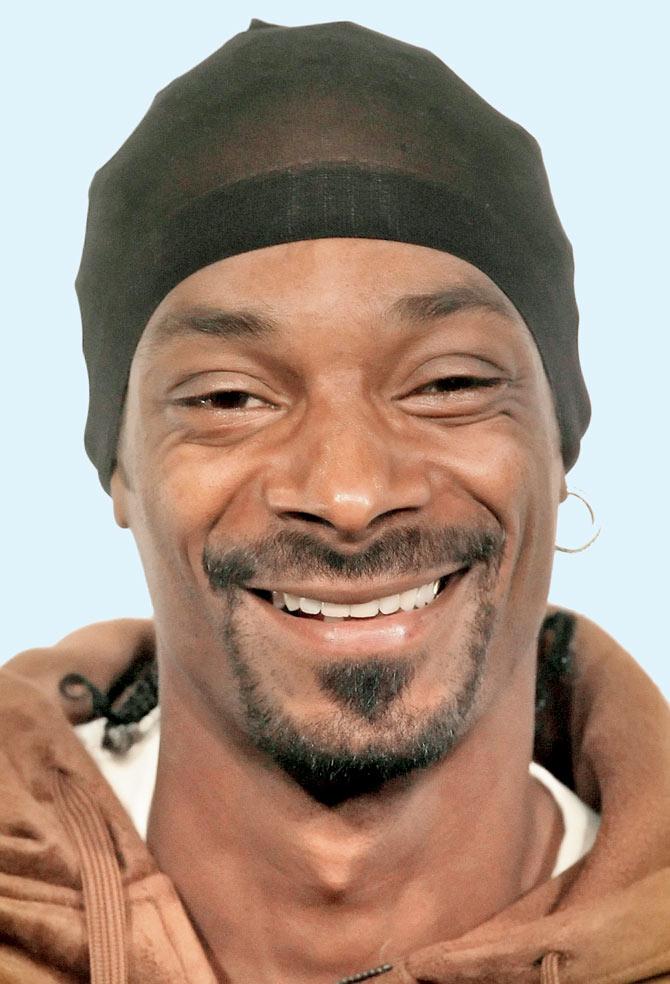 Maniatty, we soon found out, has previously interpreted at a Public Enemy concert in 2015, and killed it at Wu-Tang Clan show at Bonnaroo in 2013. The diarist was in splits imagining how the talented Ms Maniatty would interpret our masaledar Bollywood anthems. 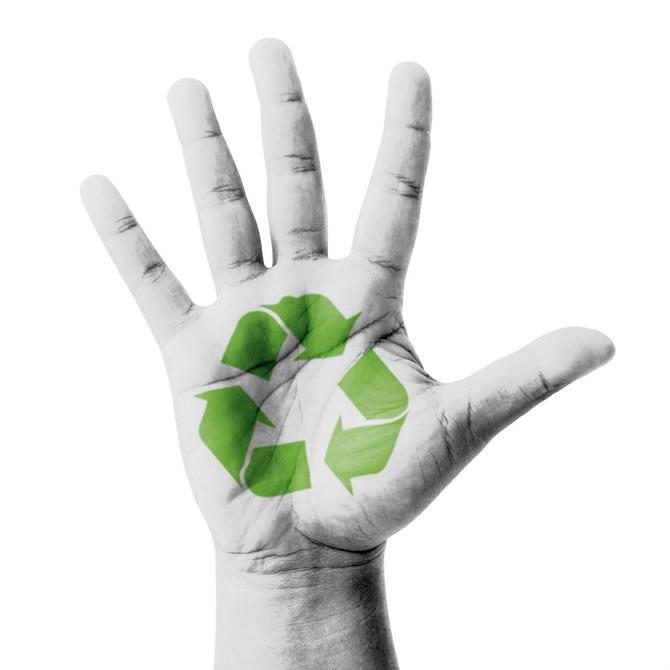 Padding for the future
We love the work Feminism in India is doing in highlighting issues that affect women. They've recently started a campaign, #ThePadEffect, through which they seek to revalue and rethink menstruation, with a focus on menstrual waste and sustainable menstruation. Did you know, rough estimates suggests that if India has 355 million women of reproductive age. If a woman typically uses about 120 sanitary napkins a year, it accounts for a staggering amount of sanitary waste for a country that has inadequate solid waste disposal options. The platform is inviting readers to share experiences about using alternative menstrual products - menstrual cups, cloth pads and biodegradable pads. We keep our ears peeled for more ideas and innovations from women about working towards a more sustainable environment. 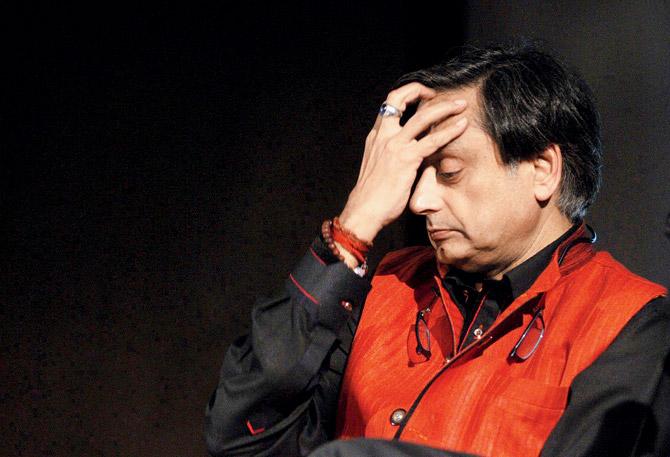 Are you a debauched mummer?
It's no secret that Shashi Tharoor's range and command over English is particularly exhaustive. But little would he have imagined that an outrage-filled tweet of his would go viral for being too erudite. Days later, the tweet is still in the news. Now, musician and techie Krish Ashok has created a fun Outraged Tharoor Tweet Generator for the next time the MP and author loses his cool. Sample this: mischievous olio, misrelations and out-and-out taradiddles being propagated by an unethical diva masquerading as a journalist. Other gems he has used include knavish farceur, cutthroat finagler and debauched mummer. Who would have thought insults could sound
so intellectual? 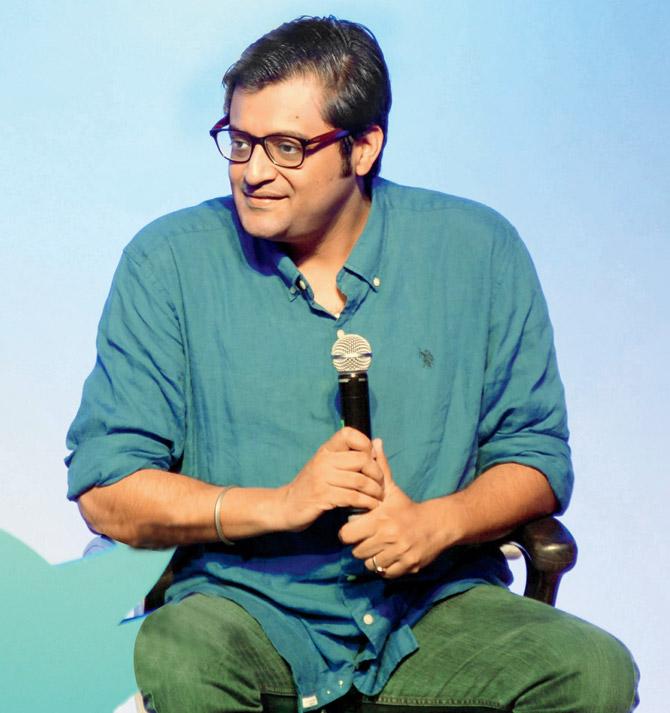 A very filmy republic, this
In the last few days, a melee of memes and jokes have been flooding social media for the man who has resurfaced in our living rooms - Arnab Goswami. One that we found amusing was a not so tongue-in-cheek video made by an independent media critique portal, welcoming the TV news anchor. It uses the footage from Goswami's welcome address on his news channel with clever inserts of dialogues and songs of Hindi movies. Just when he begins to talk, the frame cuts to Helen singing the classic hit, Dekho… Dekho Woh Aa Gaya, and the hook of Shah Rukh Khan's iconic number, I'm the Best, is used to hilarious effect. It ends with a scene from A Fish Called Wanda where Jamie Lee Curtis states, 'To call you stupid would be an insult to stupid people'. Ouch.

Next Story : Mumbai: Versova landmark Kino Cottage in lost to a blaze