Mumbai: Is a vaccine even needed for COVID, Citizens group question 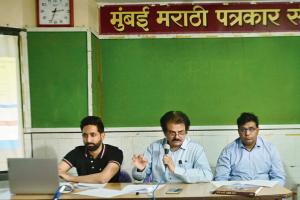 
Even as the nation waits for a COVID-19 vaccine with bated breath, the recently formed citizens' movement group, Awaken India, put forward a question - Is a vaccine even required for COVID-19? - at a press meet held at the Marathi Patrakar in CSMT on Friday afternoon. Various speakers, including students, activists and lawyers spoke on the topic and highlighted aspects like faulty RT-PCR tests, herd immunity, legal accountability and after effects of vaccine trials. 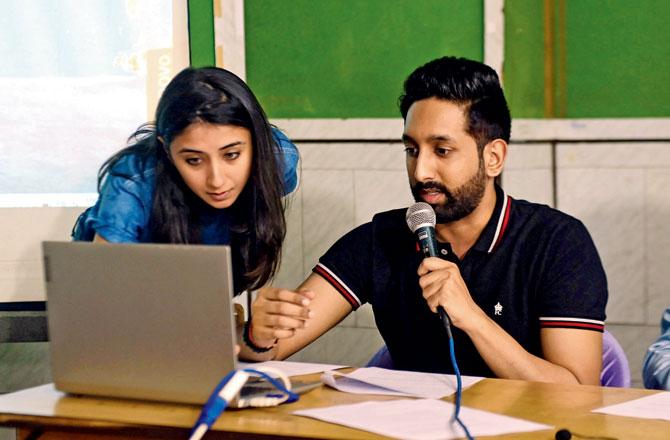 Questions unanswered
The group has been carrying out an anti-mask campaign for the past several months and also believes that the vaccine should not be made compulsory for people. "Questionable data, faulty tests and media hype have led to people across the world waiting desperately for a COVID-19 vaccine," said the group. "Amid the desperation and pharma company proclamations, many key questions remain unanswered," it added. Speakers at the event included noted activist Feroze Mithiborwala, Namman Bhasin, Ambar Koiri and Bhavya Dhawan, who are members of Awaken India.

Speaking to mid-day, Mithiborwala said, "On one hand we are saying that the COVID-19 numbers are dropping but on the other we are still rolling out vaccines whose side-effects are not yet fully known. Even if it (the vaccine) has to be rolled out, why make it mandatory? I believe it will do more harm than good." He added, "This was never a pandemic. A sense of fear psychosis has been created over the past eight to nine months by saying that cases have been constantly rising. The RT-PCR tests are fraudulent and can be easily manipulated."

"Public health and safety require utmost caution and informed consent of citizens. I don't understand why we're talking about every single person being coerced into taking an experimental vaccine that has been produced in just a couple of months. If the vaccines being produced do not guarantee that people won't get COVID or its spread can be stopped, then what is the point of taking it?' said Bhasin.

Herd immunity
The discussion also focused on herd immunity, lack of legal liability and accountability of pharma companies with regards to vaccines and previous vaccine scandals in India. "Nationwide Serological Surveys show that 50 per cent of the population has developed antibodies. Hence, as a nation, we have already achieved herd immunity," said the group in its press statement.

A PowerPoint presentation spoke about how pharma companies own many doctors, researchers, academic institutions and how many so-called reports or evidence that are relied upon are written and reinforced by individuals who have financial ties with the firms. According to the group, media and social networks also played a vital role in ensuring that the above-mentioned information was constantly suppressed, discredited or hidden from the public eye. The group added, "We live in information bubbles and cannot easily see what is happening in other countries. People should go through this with an open mind."

Next Story : Another railway corridor, more forest to be diversified in Maharashtra