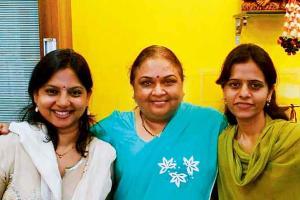 Neela Satyanarayana with her daughter Anuradha (left) and Nirmiti Salunke


The state's first woman election commissioner, Neela Satyanarayana, who died at 71 of COVID-19 on Thursday at a civic hospital in Mumbai, was a bureaucrat with nerves of steel. She played multiple roles of a caring mother to a special child, poetess and novelist, film music composer and a friend, philosopher and guide to many.

She was a saviour for Shivaji Salunke, who served 14 years in jail on the charge of murdering his wife. Without letting him know, the officer had arranged for his daughter Nirmiti, then staying with her aged grandparents, to go to a better place for her education. Satyanarayana supported the girl and found her a hostel and school in Pune. Nirmiti became a lawyer and also earned a degree in journalism before getting married to an engineer in Pune in 2011. The couple has a two-year-old daughter.

A distraught Salunke recalled his madam's greatness while talking to mid-day from Pune. "This is unbelievable. Tears don't stop. I don't know what to do. I couldn't even say goodbye to her," he said. "When everything seemed to have been lost, I started writing poetry in prison. That was the only way I could express myself. I also helped the inmates' theatre group that staged variety shows – Bandi Rajani – at various jails. My poetry collection was published in 2004 and had won many prestigious literary awards," he added, also recalling this reporter's interaction with him at Paithan open jail, near Aurangabad, after the awards were announced.

"Neela madam was then home secretary. She met me at Nagpur prison where I had gone with my theatre group to perform. She knew me by name, called me backstage and told me she had read about my daughter and me. I then wrote her a letter from Paithan and she responded to it. We became almost like pen pals. My letters always talked about my deep concern for my daughter," said Salunke. 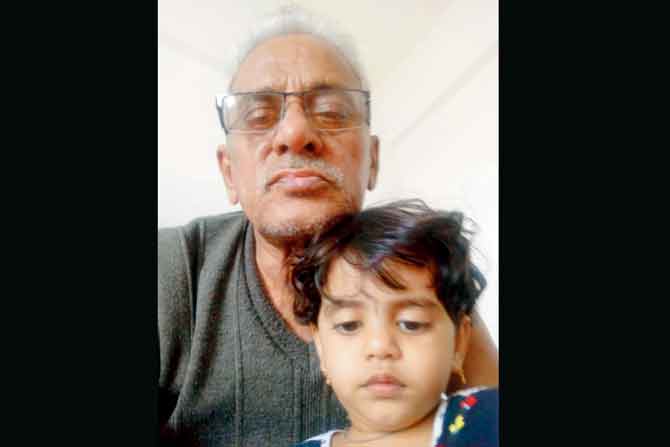 It was time to tell Salunke, with whom this reporter has been in touch since the first interaction, that Satyanarayana had requested anonymity, saying, "I'm a mother too. It was my personal decision to help the child whose mother was dead and father would have to stay in jail for many more years. Please don't write or talk to anyone about this." "Yes, she would also tell me not to speak about her gesture. She ensured that Nirmiti was raised to be a strong woman. Whatever I have today is because of Neela madam," said Salunke, 65, who has been doing different jobs after completing his sentence a decade ago.

"I'm tired now. I want to work for a social organisation so that I can help people the way Neela madam did all her life. Let the lockdown get over, I will find some job," he said. Overwrought with emotions, Nirmiti didn't wish to speak.

'I know her songs by heart'

Satyanarayana's niece and the late Dr Nitu Mandke's daughter, Charuta Mandke, paid a glowing tribute to her illustrious aunt. "A fond memory of her is when she presented her own songs at my father's eighth death anniversary programme – Alya Barasat Dhara. We listen to them so often that now we know them by heart," read her Facebook post. "I remember her saying to me once – 'don't be afraid of people who try to bring you down. There are many. Remember who you are, go ahead and do what you set your heart on. No one can stop you'," she said.

The bureaucratic circles still recall a kind of revolt by women bureaucrats 15-17 years ago when they had demanded to know from the then CM why they were given insignificant postings. Later, they sought justice for a young officer who had accused her husband of domestic violence. Satyanarayana was also among the rebels who ensured in the following years that the work profile of women officers changed even though nobody among them has been made chief secretary yet.