speaking during a webinar, Pardeshi roots for the idea of at least 50 buses per lakh population 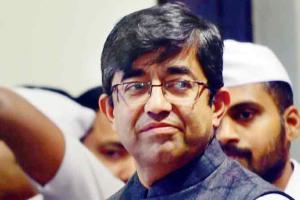 
Supporting the campaign to have more public transport buses, Maharashtra additional chief secretary for urban development, Praveen Pardeshi said that there was a need to improve the availability of buses for which one needed to increase their demand and not just quantity of buses.

Speaking at a webinar organised titled 'Take the Bus: A Path to Sustainable Future for Maharashtra' by Pune-based organisation Parisar for Sustainable Urban Mobility Network (SUM Net), Pardeshi said he had put in efforts to improve the bus system in Mumbai. "In Mumbai, we reduced the bus fare and improved the predictability of expected time of arrival and reaching the destination," he said.

The SUM Net India campaign, Lakh ko Pachaas emphasizes on the basic requirement of at least 50 buses per lakh of population. "An efficient, responsive city-based public transport can help citizens. However, not a single city in Maharashtra has an adequate public transport system. Out of 29 municipal corporations, less than half have city bus services," said expert Ranjit Gadgil, who anchored the conversation.

Next Story : SSC results: Student from cyclone-hit village tops with 99.4 per cent