Ghanshayam Singh, the distribution head of the channel, did not appear before the CIU citing a petition filed in the Supreme Court in connection with the TRP scam. But, the officers traced him to a resort in Daman 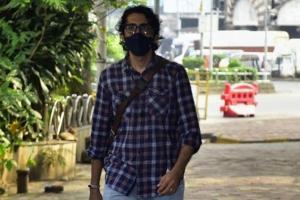 Ghanshayam Singh, the distribution head of the channel, did not appear before the CIU citing a petition filed in the Supreme Court in connection with the TRP scam. But, the officers traced him to a resort in Daman.

"We recorded his statement along with the Daman police. We have asked him to appear on Monday with the details related to DTH distribution," said an officer. "Notice has also been issued to all three executives to produce documents related to TV advertisements and modes of revenue generation."

The Republic TV chief financial officer told the CB he will appear for questioning after October 14, citing personal reasons related to COVID-19, an officer said. Meanwhile, one CB team has gone to Rajasthan to search for another accused in the case.

The police on Sunday recovered a diary from Vishal Bhandari, the former employee of Hansa Research Private Limited, after conducting a search at his house. "We are going through the diary. But so far, we have found that it contains some confidential information and details of payment made to households for watching specific TV channels. The diary contains names of Fakt Marathi, Box Cinema, Republic TV and two more channels," said an officer. The CB has received details from Airtel DTH of one household, Tejal Solanki, who told Hansa during their internal probe that she was being paid to watch India Today . But, the details show that she had never subscribed to India Today.

Next Story : Mumbai: On track for 2021 - Snarl-free junction at Kalanagar