The rights and Cong of the party

Despite a spate of resignations and talk of a sinking ship, Congress allies keep the faith 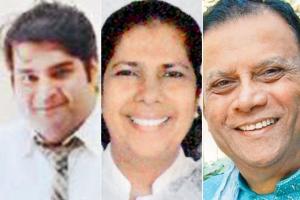 
One Navjot Singh 'Sidhu-ism' (phrases the cricketer-commentator is famous for) went like this: commentating at a match, Sidhu had said, "The way Indian wickets are falling, it reminds one of the cycle stand at Rajendra Talkies in Patiala... one falls and everything else falls." Replace 'Indian wickets' with Congress politicians today and Sidhu could ironically be very well talking about himself and the Congress party.

With the MLA drama showing no signs of petering out and Sidhu adding to the storm by sending his official resignation on Monday, the Congress crisis is in escalation mode. B A Desai, former Congress minister, said, "The Congress party has to save itself. It has to convince people that they do not speak about appeasement but stopping discrimination.

They also have to work towards opposition unity and finally, they have to educate the cadre about the basic teachings of Mahatma Gandhi, Jawaharlal Nehru, Sardar Vallabhbhai Patel and Maulana Abdul Kalam Azad. Unless the Congress announces its ideological thrust and motivates cadre with the above mentioned ideology, no amount of name changing [this leader or that] will help."

Speaking about the MLAs and others leaving Congress, Anita Shekhar-Castellino, an advocate who is a part of the legal cell of the Mahila Congress, said, "This is a part of politics. There are some people who are going to desert a sinking ship, though I do not think this ship [Congress] is sinking."

For Shekhar-Castellino, it is just a matter of time, "...before people see through the rosy picture painted by the BJP. The price rise and unemployment figures prove it. There are people who argue that we have gained respect and are known internationally, but this is because Prime Minister Narendra Modi keeps travelling to lesser-known places."
Shekhar-Castellino, who is the daughter of Annie Shekhar, former MLA and senior member of the Indian National Congress, added, "The [Karnataka] MLA episode is horse trading.

People have elected representatives not only because of who they are, but also because they belong to a certain party and the voters are aligned with the ideology represented by that party."

The ship analogy was also used by Herbert D Barretto, former secretary of the Mumbai Regional Congress Committee (MRCC), who too compared the Congress of today to, "A ship without a rudder." Blaming the 'paid media' in large part for the election defeat, Barretto said it is important to fight back and, "...rise again. Indira Gandhi faced a downfall in 1978 and people said that the Congress party is finished. [She] did not give up. She came back to power like a phoenix."

Commenting on Sidhu's resignation, Karan Adik, chief of the Mumbai Congress's legal cell, said, "The Congress has done very well in Punjab and the leadership of the current Chief Minister, Capt. Amarinder Singh, is unquestionable. I do not see Sidhu's resignation as any kind of crisis in that sense."

The Prabhadevi resident added that the Karnataka situation, "...is a setback for the government. A weak coalition partner and CM means things have intensified. Having said that, there are a couple of indicators, like the Congress moving to keep its flock together and the Speaker taking his time on the issue, that show this may die out in a couple of days. Though prophecies of doom exist, I see hope for the Congress party and I am confident about the direction the party is taking towards the upcoming Assembly elections."