Activist booked in rare case of assault on French woman 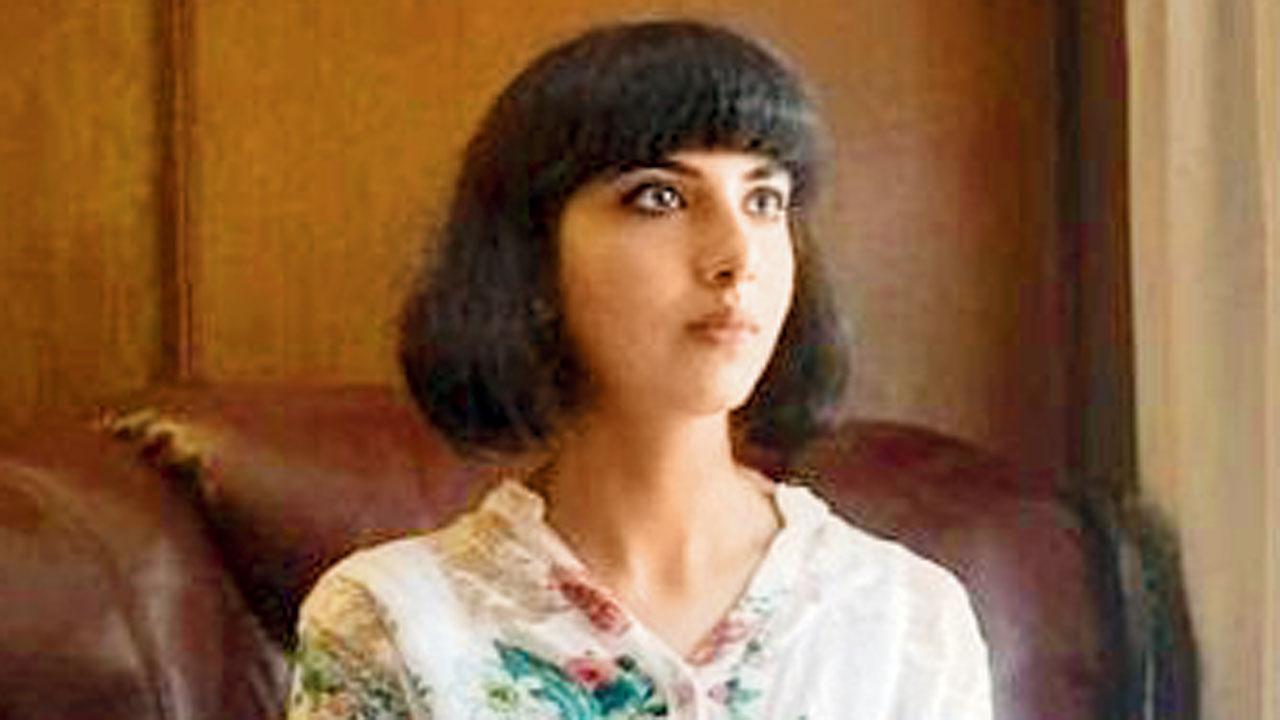 
Well-known activist, mental health advocate and frequent TED Talks speaker Divya Dureja has been accused of abducting, drugging, assaulting and sexually molesting a 26-year-old French woman at a hotel in Pernem, Goa. The complainant alleged that Dureja told her that she was performing a “shamanic ritual”. The accused is currently out on bail. The investigating officer said the alleged same-sex sexual assault involving two women was a rare case in India. 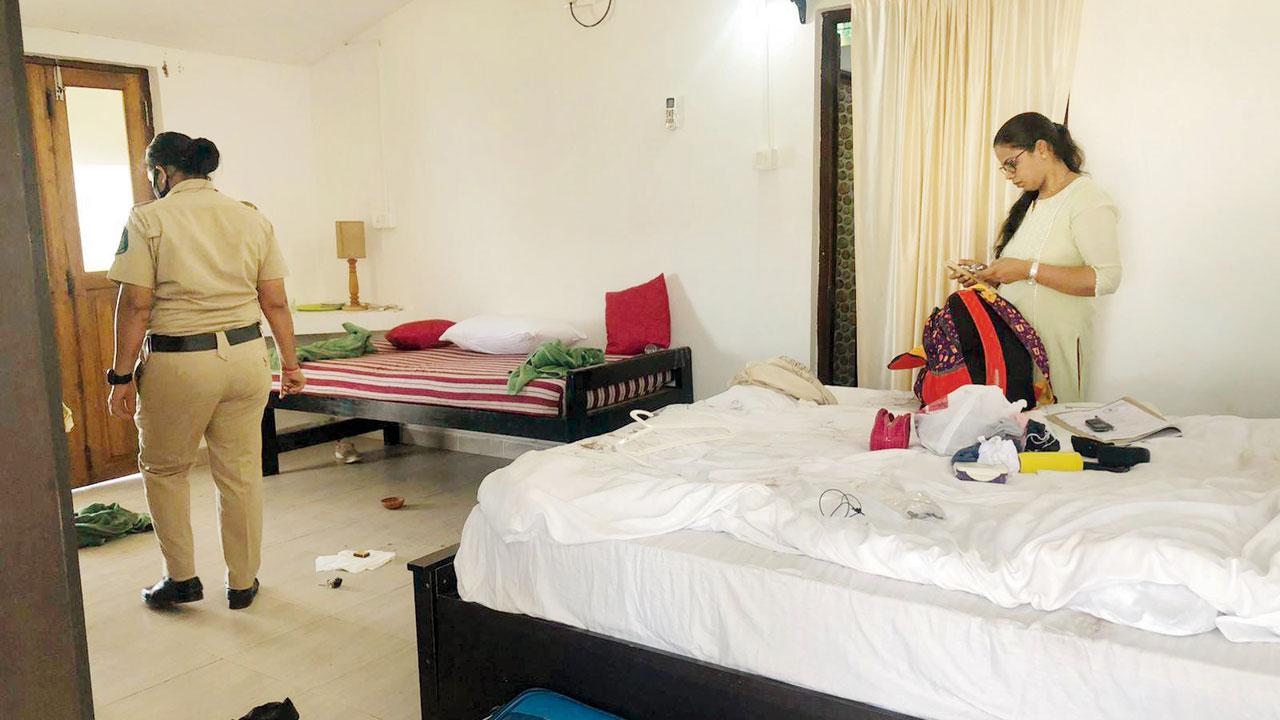 Pernem cops inspect the hotel room at Sea View resort, Ashvem, where the woman was allegedly held against her will

The survivor, in a statement to the media, said she had come to Goa on January 17 on a Business Visa and had been staying in Arambol. Divya connected with the survivor after following her on Instagram on February 22. Later, the woman introduced Divya to her friend in Goa. The trio then decided to meet on February 23 afternoon.

The woman went to Sea View Resort at Ashvem to meet Divya, and they were later supposed to meet the friend. At the resort, Divya took her to her room saying she wanted to fix her hair. She said Divya drugged her under the pretext of giving her a medicine for back pain. The activist locked her up in the room for nearly five hours, during which “she molested me and inserted her hand in my vagina, insinuating she was planting a tree”, the survivor said. She added that Divya also bit her.

Released on bail
The woman had filed a complaint at Pernem police station soon after escaping. Police booked Divya under Sections 342 (punishment for wrongful confinement) and 354 (assault or criminal force to woman with intent to outrage her modesty) of the IPC, and arrested her on February 24 morning. She was later released on bail.

Sub Inspector Reecha Maheshwar Bhonsle, the investigating officer in the case, told mid-day she was thinking about the sections that could be invoked as the case was a rare one. “Basically, ‘a man’ needs to be involved in such a case. The section (IPC 354) that we have used says ‘anyone’ instead of ‘a man’. It says ‘anyone’ or ‘whoever’,” she said. 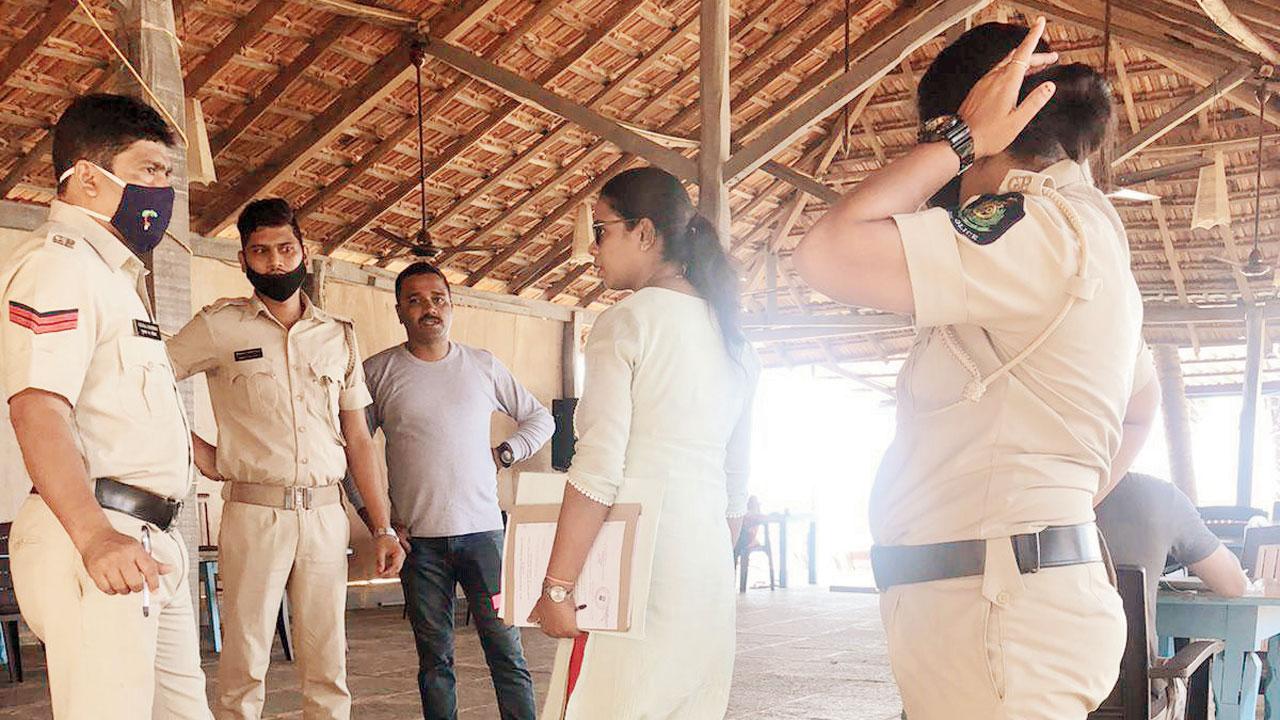 Cops at the hotel where the alleged incident happened

Explaining the legal ambiguity that in such cases, Senior Advocate Mihir Desai said, “Section 375 of the IPC defines rape, but it clearly defines rape in the form of a man committing rape on a woman. Section 377, on the other hand, talks about carnal intercourse but not in terms of a man or a woman; it is not specific to a man doing something to a woman.” He added when it comes to sexual assault and/or rape between a two women, Section 377 is the one that “can be interpreted” since it doesn’t specifically make any reference to a man or a woman.

“Prime facie, something has happened. I am saying this based on medical reports. But when we asked the manager and the hotel staff, they said they didn’t hear any noise or screams from the room,” Bhonsle added.

Bhonsle said a medical examination of both the women has been conducted and we are in the process of sending the reports to the forensics lab for further clarification and authentication. “The complainant’s medical report shows that she has injuries on her back. The doctors say these are fresh injuries…and seem to be from the same incident. The rest like blood samples, etc, are being sent to the laboratory now.” However, Divya’s medical reports “have nothing of this sort.”

‘Found leaves in room’
Divya denied the allegations, and was not “mentally stable” to say much, Bhonsle said. “But whatever the victim said about leaves, etc, when we went to the room, we found those things. I asked her (Divya) what happened in the hotel room but all she said was ‘we were chit-chatting’,” she added.

The survivor’s friend, also a French national who doesn’t want to be named, said it was important to understand that the woman “did not go out on a date with Divya... and that they wanted to meet because they were all “feminists and share similar political views.”

In her statement, the survivor had said that in the room, Divya’s “voice was [kept] changing, it felt like there were five or six different people in the room. She was screaming things like ‘this is just my human body, kill me, your body is just a human body... During the entire ‘process’, she called herself ‘The Lord Man’ and referred to me as ‘The Queen of the Jungle’, apologising for her past mistakes that led us, in our past lives, to be separated.” After hours, at the end, Divya “finally screamed ‘the spirit allows me to let you go’ and let me leave the room, in shock and devastation.”

‘Couldn’t recognise mom’
Divya’s sister Jayati Dureja told mid-day the former had gone to Goa a little over a week ago.

On Tuesday, Jayati couldn’t get in touch with Divya so she called up the hotel and the manager informed us that she had been taken away by the police, Jayati said. “When a family friend went to meet her at the police station, Divya had a swollen ankle and looked like she was in shock.”

Divya’s mother reached Goa from Delhi on Thursday, and went to meet her. But Divya didn’t recognise her, Jayati said. “She wasn’t letting anyone near her. She kept asking ‘can I trust you?’ A psychiatrist said this is an acute PTSD sort of thing or she might have been drugged. Usually, drug tests are to be done within 24 hours, but that window has closed.”

Divya is currently admitted at a psychiatric facility in Delhi. “The psychiatrist says she will not be able to recall anything for the next two to three weeks.” said Jayati.

Divya’s legal counsel, Goa-based advocate Caroline Collaso, said, “There is no defence right now because Divya is unwell... The drug angle, etc, are all allegations made by the complainant. Ultimately, she has to prove her allegations.”

Feb 23
Day the alleged incident took place in the hotel

24
Day, in February, Divya Dureja was arrested in Pernem

Next Story : Mumbai power outage: Centre denies there was any cyberattack