Residents of Govandi, Deonar and Mankhurd find that waste-to-energy facility being built in locality will have an incinerator and are worried about ill effects caused by the smoke from it 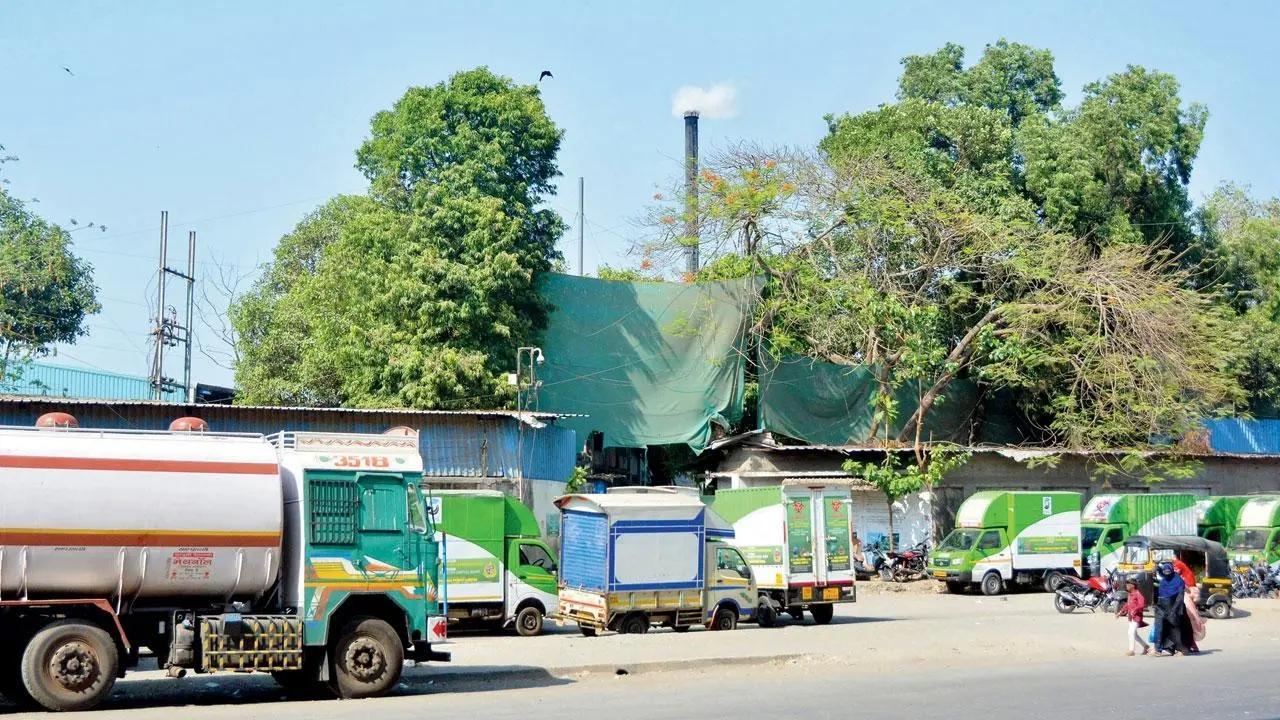 
After years of petitions and protests to get the biomedical waste treatment plant moved from their backyard to avoid health hazards, residents of Govandi, Deonar and Mankhurd feel they are back to square one. They have learnt that the Deonar waste-to-energy (WTE) facility being built in their neighbourhood will have an incinerator, which they fear will emit smoke.

Before this, the locals claim, they had little idea of what the WTE plant would be like. The residents' group Govandi New Sangam Welfare Society has been writing to Maharashtra Pollution Control Board (MPCB) about it.

The locals, who have been fighting for the shifting of SMS Envoclean, the city's sole biomedical waste treatment plant in Deonar, got documents pertaining to the plans, various approvals and environment clearance granted to the WTE. They are now questioning authorities if the smoke emitted from the plant will spread pollution and pose health hazards.

"They are talking about air pollution control measures, etc. Can't they give us in writing that this will not affect our health, or pollute the air? They said the same things about SMS Envoclean. We have lived with thick black smoke emitting from the SMS envoclean during and after the COVID-19 pandemic, deteriorating the health of many in the area," said Fayyaz Shaikh, a local and president of Govandi New Sangam Welfare Society.

The WTE model has had little or no success in other regions of the country, according to the residents. Citing this, locals in their letter MPCB have urged that the model should not be replicated in Mumbai.

"We came across many articles that mention the Centre for Science and Environment (CSE) report of 2018, according to which, the first such plant was established in Timarpur in Delhi in the year 1987, but later shut down. Further, we found that across Europe and even China, WTE plants are being proactively shut down because they are said to emit carcinogenic dioxins and furans," said Shaikh.

The Deonar dumping ground, established in 1927, spans 120 hectares. Deonar receives around 600 metric tonnes (mt) of around 7,000 metric tonnes of waste generated every day in Mumbai.

The Deonar WTE will have a capacity of 600 mt per day, on 12.19 hectares of land for R504 crore, at the city's oldest dumping ground. The plant will generate 4 MW of electricity in addition to incineration of waste.

The Maharashtra State Environment Impact Assessment Authority (SEIAA) has approved BMC proposal subject to certain conditions, including the use of fly ash generated by the plant for brick manufacturing and road construction, air pollution control measures, and separate funds to implement the environmental management plan. It has directed the BMC to establish an exclusive Environment Management Cell (EMC), as well as a groundwater level monitoring system and measures to prevent groundwater pollution.

Shaikh added, "The BMC knows well that M east ward is the tuberculosis hotspot of Mumbai, still, we are exposed to such polluted air."

Besides locals, activists and environmentalists have been opposing the project, citing concerns. As required by the 2006 Environment Impact Assessment Notification, which involves public input for draft impact assessments, a public hearing for the project was held on April 27, 2021.

'BMC did not inform'

Bilal Khan, a social activist of Ghar Bachao Ghar Banao Andolan, said, "Less than 100 people were in attendance at the hearing, in fact, only one resident from Deonar was in attendance. This was because of the pandemic and because the civic body did not inform people properly. Asked what the BMC did to inform locals about the hearing, its officials told me a notice about the hearing was published in newspapers. The majority of locals do not know anything about this project. It is the government's responsibility to inform them and make them aware about every process involved."

MPCB Member Secretary Ashok Shingare said, "It is the responsibility of the BMC to ensure the safety of the people there. It is difficult for me to comment on the details of the project as I have not seen the plan or report. However, if residents have issues pertaining to pollution and have written to us we will look into the matter."

Nimesh Pimple, BMC official and in charge of the WTE plant  said, “There will be screening and segregation first of wet and dry waste. Wet waste estimated to be around 300 to 350 mt will be composted while dry waste like plastic, paper, etc. will be incinerated. The emission levels of the incinerator will be checked online as per global standards as well as norms stipulated by the pollution control board. When this project came up, there were public hearings conducted at the collector's office. After receiving environmental clearance we followed all the protocols  and suggestions, and objections from stakeholders were sought. We received nearly 200 to 250 suggestions and objections following which the collector gave the go ahead."

He added, "There is a big difference between biomedical waste and regular dry waste. So it is not logical to oppose this project comparing it with the biomedical waste plant. We are putting all efforts to resolve this issue at our level as these projects are for the people. The Deonar dumping ground has been there for almost a century now and we are taking all possible efforts to repel the stench. Nobody can claim that the people living around it are not inconvenienced by it. Once the WTE plant comes up, the current garbage dumping will stop and problems faced by people will be resolved gradually. There is a 30 acre long green belt coming up in the area. So it will be beneficial for the residents.”

with Inputs from Sameer Surve