Ahead of their rallies, both factions have used the late founder Bal Thackeray’s archival pictures and videos in which he is seen taking jibes at the then opposition parties and strongly advocating his brand of Hindutva that has become a plank to impress upon the people that ‘we are the real Shiv Sena’ 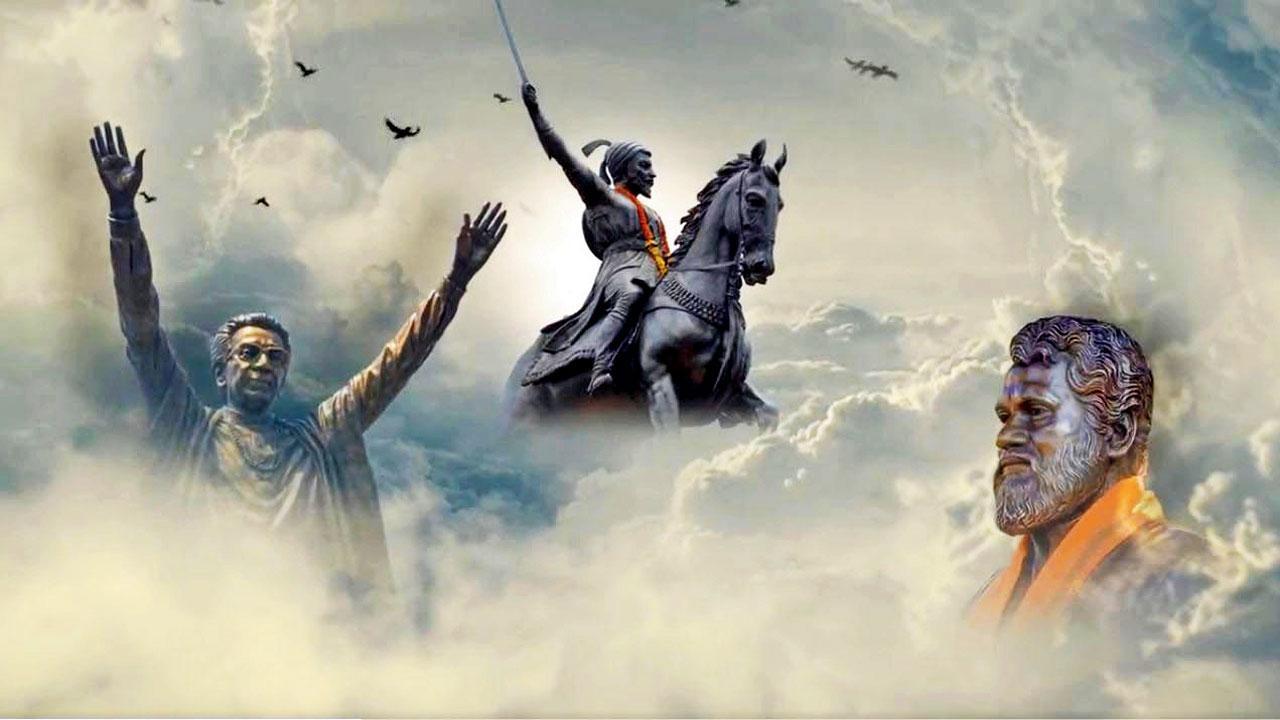 A still from the Shinde camp’s 20-second visual


In what could be the signs of a gathering political storm on the auspicious Day of Dussehra on October 5, the warring Shiv Sena factions have gone all out to tease each other on digital platforms. The teasers have a common thread—the late Bal Thackeray, who founded the party over six decades ago and led its fireworks with his statements at the iconic Shivaji Park every Dussehra evening. It was here that he handed over the baton to his son Uddhav Thackeray, now negotiating the biggest ever vertical split in the party.

In their run-up-to-the-rally campaigns, both factions have used the late founder’s archival pictures and videos in which he is seen taking jibes at the then opposition parties and strongly advocating his brand of Hindutva that has become a plank to impress upon the people that ‘we are the real Shiv Sena’. The Uddhav group is pitching for loyalty against betrayal, saying that countless loyal Sainiks will throng Shivaji Park. It says the Sena will take its saffron flag beyond Attock, bringing back the memories of a historic win of the Maratha army against the invaders. It has used the founder’s famous opening lines—“My dear Hindu brothers and sisters who have gathered here…” 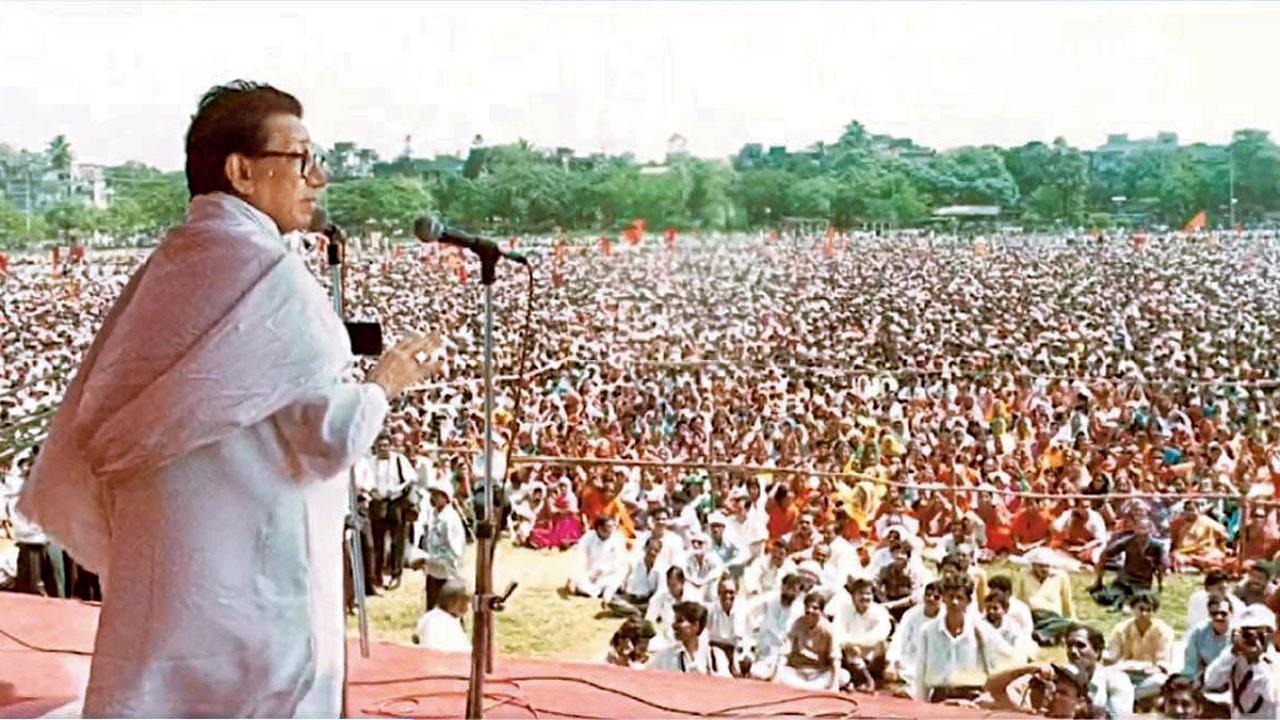 A screengrab from the teaser released by the Uddhav camp

For its rally at BKC, the Eknath Shinde faction harps on pledging loyalty to the late Thackeray’s ideology instead of lachari (dependency). The splinter group of 40 MLAs has been accusing Uddhav Thackeray of abandoning his father’s ideology for forging an alliance with the Congress and Nationalist Congress Party. In one teaser, the late founder says the Sena must end the corruption of the Congress and there have been efforts to create bad blood between the Sena and the BJP (the then alliance partners), telling the Congress to piece together its torn fabric instead of interfering in his affairs. The purpose is to show senior Thackeray’s contempt for the Congress. The campaign began with the release of posters. And while the teasers are out, memes cannot be far behind.

Who gets more crowd

There have been speculations over the measures the two groups have been taking to pull in more people to attend their respective rallies. All types of vehicles will be used to carry the supporters from across the state. Some said the Shinde group attempted its clout to book as many as 3,000 state corporation buses to ferry the party workers, but insiders said if so many buses were to be pulled out from the regular routes, commuters will be inconvenienced during the festival. Yet, sources said a significant number of state and private buses, four wheelers have been booked and the MLAs spread across the state have been given the targets and provided with adequate transport.

The Thackeray faction’s major strength will come from Mumbai and its metropolitan region. In addition, a large number of party workers are expected to travel from elsewhere, said a senior leader, adding that it was a matter of contesting against the rivals. Meanwhile, the BJP took a plunge in the competition, asking the Thackeray Sena whether it has sought the support of the MVA partners to fill in the Shivaji Park. Party MLA Ram Kadam tweeted on Friday in this regard, taking a jibe at the Sena.

Next Story : Train travel from Mumbai to Hyderabad got faster by 2 hours