"Aurangabad has its history and no one can erase it," he said and alleged that MVA leaders had used the name of Chhatrapati Sambhaji Maharaj for reaping political dividends 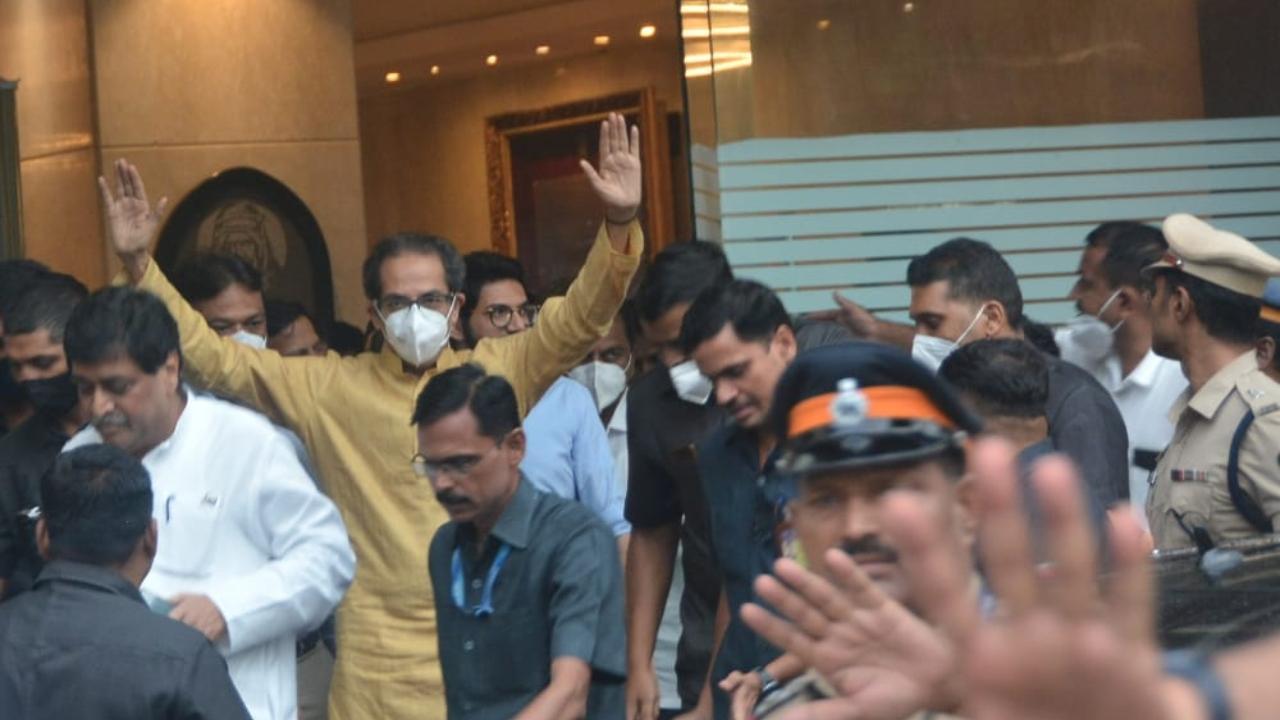 
AIMIM leader Imtiyaz Jaleel on Wednesday criticised the Maharashtra government's decision to rename Aurangabad city as Sambhajinagar and Osmanabad as Dharashiv, and indicated that his party workers will take to the streets.

"Aurangabad has its history and no one can erase it," he said and alleged that MVA leaders had used the name of Chhatrapati Sambhaji Maharaj for reaping political dividends.

"The ball is now in the court of the Central government. We will explore all options against this decision and we may take to the streets also," he told reporters in the evening.

"It is time to spit on the leaders of Congress and NCP. We respected the chief minister but he would have gone (from the government) in a better manner. A few days back, the CM had said the government would develop Aurangabad before renaming it. Is the development done?" Jaleel asked.

Chatrapati Sambhaji, the son of Chhatrapati Shivaji Maharaj, was tortured to death on the orders of Mughal emperor Aurangzeb.

Aurangzeb's tomb is located in Aurangabad.

Alleging that the name of Chhatrapati Sambhaji is being used for political gains, Jaleel questioned the approval to the proposal to rename Aurangabad on the day when the MVA government is about to lose the power.

He was apparently referring to the floor test directed by the Maharashtra Governor on Thursday.

The Supreme Court is hearing a petition challenging the floor test order.

In a dig, Jaleel said former Aurangabad MP Chandrakant Khaire, "who played politics over renaming of Aurangabad for many years, "should become a professional dancer because there is no work left for him".

MLC Ambadas Danve said the Centre should approve the proposal without delay.

Danve alleged that the erstwhile BJP-led government had failed to rename Aurangabad.

"Let's see how fast the Centre approves the renaming of Aurangabad. The chief minister has fulfilled the dream of his father and Sena founder late Bal Thackeray," he said.

Local leaders of BJP and MNS also welcomed the renaming of Aurangabad city.

"We welcome the move to rename Aurangabad as Sambhajinagar. The CM should have taken this decision earlier instead of on the eve of the floor test of the MVA government," BJP's state general secretary Atul Save told PTI.