Anatomy of torture: For the first time ever, CBI nails Mumbai police's lies

According to Dharavi police, Rafiq Kamu Shaikh died in the lock-up on December 2, 2012, due to meningitis. A high court-appointed CBI probe now clearly says more than 20 injuries caused the death 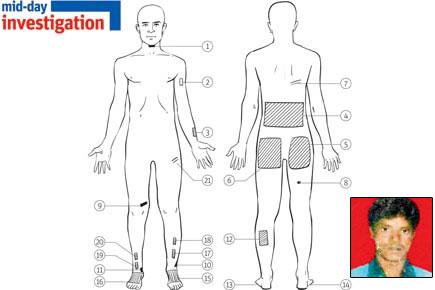 The Central Bureau of Investigation has booked two Dharavi policemen for culpable homicide after finding that a suspect who the police claimed died of meningitis in 2012 actually died due to 22 grievous injuries, including a skull fracture, multiple lacerations and contusions. 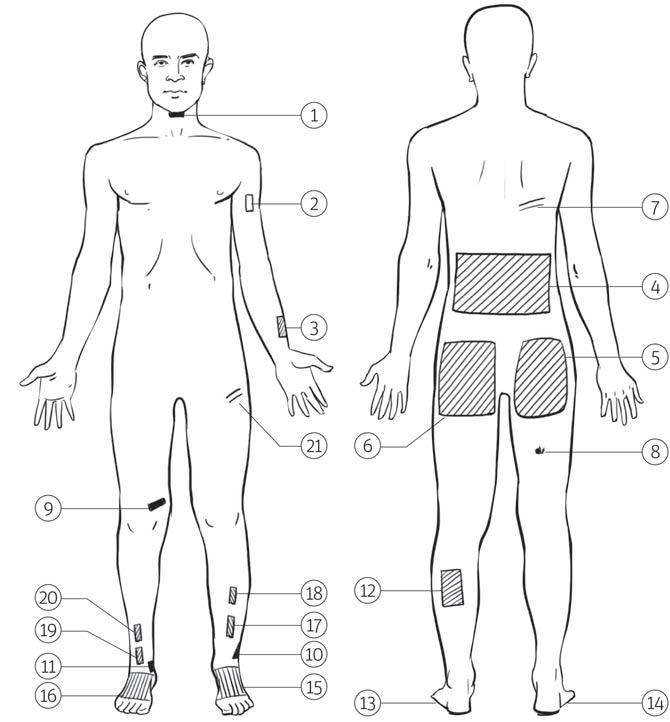 This is a rare instance where it has been forensically opined that a suspect in custody has died of neurogenic shock due to physical abuse. Neurogenic shocks occur if the spinal cord is severed or the central nervous system is subjected to immense trauma. It can also happen due to intense pain. Julfar’s brother Menzel and son Noorhasan at the spot where Julfar was picked up by the police. Pic/Rane Ashish

The CBI got the clinching opinion from the Chandigarh Medical Board comprising experts from the Post-Graduate Institute of Medical Education and Research (PGIMER). The CBI is investigating the case on the direct orders of the Bombay High Court, which had in June 2014 pulled up the Mumbai Crime Branch for not completing the investigation and handed it over to the central agency. 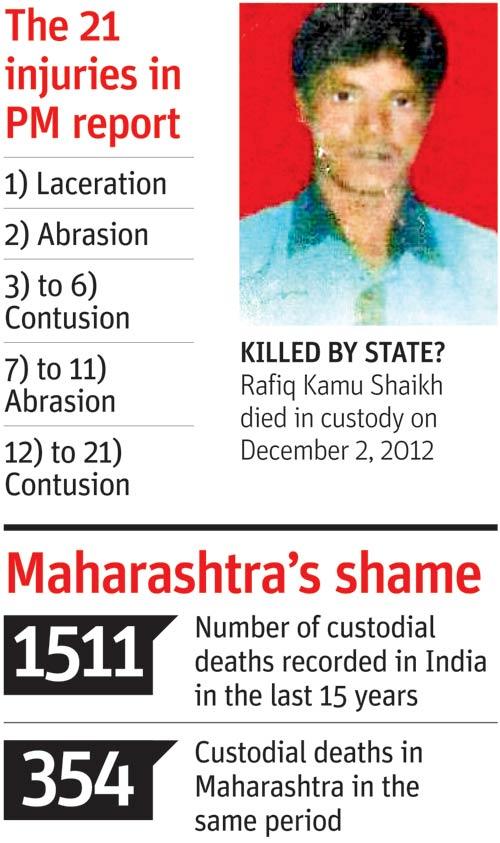 Besides nailing the Mumbai police’s lies, the revelation has also raised questions about senior JJ Hospital doctors, who had certified that the suspect had died of meningitis.

The case dates back to November 29, 2012, when the Dharavi police picked up Rafiq Kamu Shaikh alias Julfar (40) in connection with a fake currency case. After three days in custody, Julfar died on December 2, 2012. 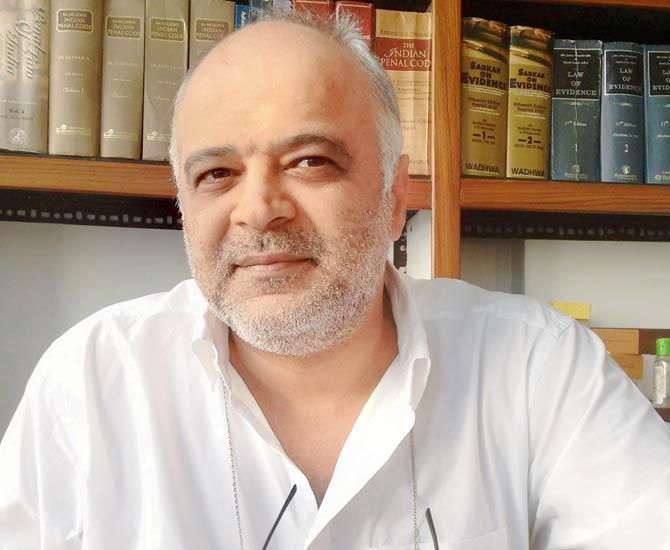 The Mumbai Crime Branch had earlier booked the two officers, attached to the station’s detection branch, only under Sections 330 (voluntarily causing hurt to extort confession) and Section 34 (act done by several persons in furtherance of common intention) and had filed the charge sheet on May 21, 2013.

The two were only suspended and never arrested. National Crime Records Bureau data shows that not a single police officer accused in a custodial death case has ever been convicted in Maharashtra in the last 15 years. (see table on P11).

Beaten with mill belts
The supplementary charge sheet says the two officers beat Julfar with their bare hands as well as a transmission belt used in local flour mills “with the intention and knowledge that their actions would cause hurt to
Julfar and it can be said that they voluntarily caused hurt.”

The CBI further said the post-mortem report, the medical board’s opinion and the statements of witnesses taken together establish that 22 injuries found on Julfar’s body caused his death and that the two accused officials caused those injuries.

Advocate Yug Chaudhry, who is fighting the case, told mid-day that the Mumbai Crime Branch, which initially probed the case, never took into custody the flour-mill belt or the hook to which Julfar was allegedly tied to
and tortured.

While the findings included the 21 external injuries and subarachnoid (internal) haemorrhage in the skull, the team concluded, surprisingly, that the cause of death was “meningitis and subarachnoid haemorrhage with
chronic venous congestion of lungs and liver and oesophageal candidiasis (natural)”.

Directing that the case be handed over to the CBI, a Bombay High Court bench of Justice VM Kanade and Justice PD Kode on June 30, 2014, slammed the prosecution for this.

The bench said in its order: “It is an admitted position that post-mortem report indicates that deceased suffered more than 22 grievous injuries and also had a subarachnoid hemorrhage on the head. Though the court had given a direction to the respondents (State of Maharashtra and Others) to reinvestigate the crime and carry out a fresh investigation, more than 9 months have passed, but no action has been taken. We have no other option but to transfer this case to the CBI to carry out fresh investigation and submit a fresh report.” 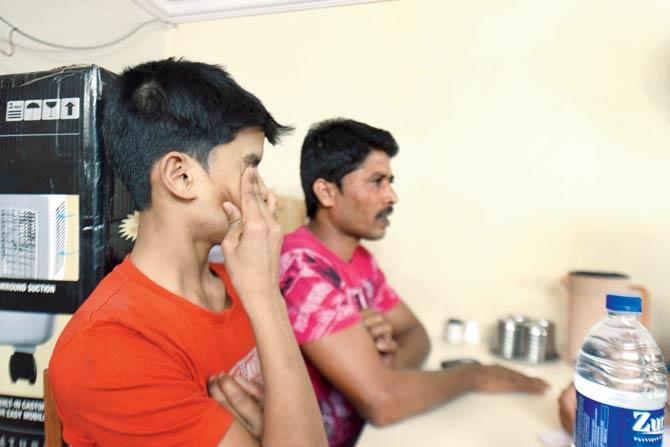 Even after it began its probe, the CBI first requested the state to constitute a Board of Forensic Medicine Experts from Government Medical Colleges. On October 28, 2014, the state constituted a Medical Board with Dr S B Punpale as the Chairman of the Forensic Expert Committee, and two other junior doctors from Pune.

Stunningly, in a report dated November 12, 2014, this Board also concluded that Julfar’s death was due to “meningitis associated with subarachnoid haemorrhage.” In a damning indictment of the state, an exasperated CBI was left with no option but to seek opinion from an expert committee outside the state.

Significantly, both the JJ PM report, and this board’s report said the neuropathology and histopathology departments of Grant Medical College had cited meningitis as the cause of death.

But, answering a specific question raised by CBI, the Chandigarh Board clearly stated that the GMC pathology reports do not suggest any evidence of meningitis.

Also the family member of deceased, including brother Menzel has told the police that Julfar had no health issues and rather he had met him on the evening of November 28, 2012 at 5 pm before he was detained by Dharavi police.

“Because of the seriousness of this case, and it being investigated by us as per the order of Bombay High Court, we decided to get one more opinion from a Medical Board outside Maharashtra,” said a senior CBI
officer privy to the investigation.

On December 30, 2014, a Board of forensic experts from PGIMER, Chandigarh, was formed under the chairmanship of Prof Dalbir Singh, Head of the Department of Forensic Medicine.

The seven-member team comprised experts from Forensic Medicine, Department of Neurology and Staff Clinic. After going through the postmortem reports and autopsy videotapes, including the final report made by
the JJ forensic team and the second Board of experts report, this team concluded that the cause of death may be due to neurogenic shock as a result of the ante-mortem injuries.

It also ruled out subarachnoid haemorrhage as a cause of death. It also explicitly stated that trauma to the head was caused by a flour-mill belt.

The CBI on July 21, 2015 filed the supplementary charge sheet with the 37th Metropolitan Magistrate court. With additional charges of culpable homicide not amounting to murder being added, the case will likely be
transferred to the Sessions Court.

“I am yet to get a copy of the supplementary charge sheet,” said Chaudhry.

“I will move an application and ensure that the trial begins at the earliest. The officers responsible for the custodial death need to be punished.”