‘It was dangerous but we had nowhere to go’

Locals, survivors say adjacent structure was pulled down a week ago by SRA developer, damaging structure that fell 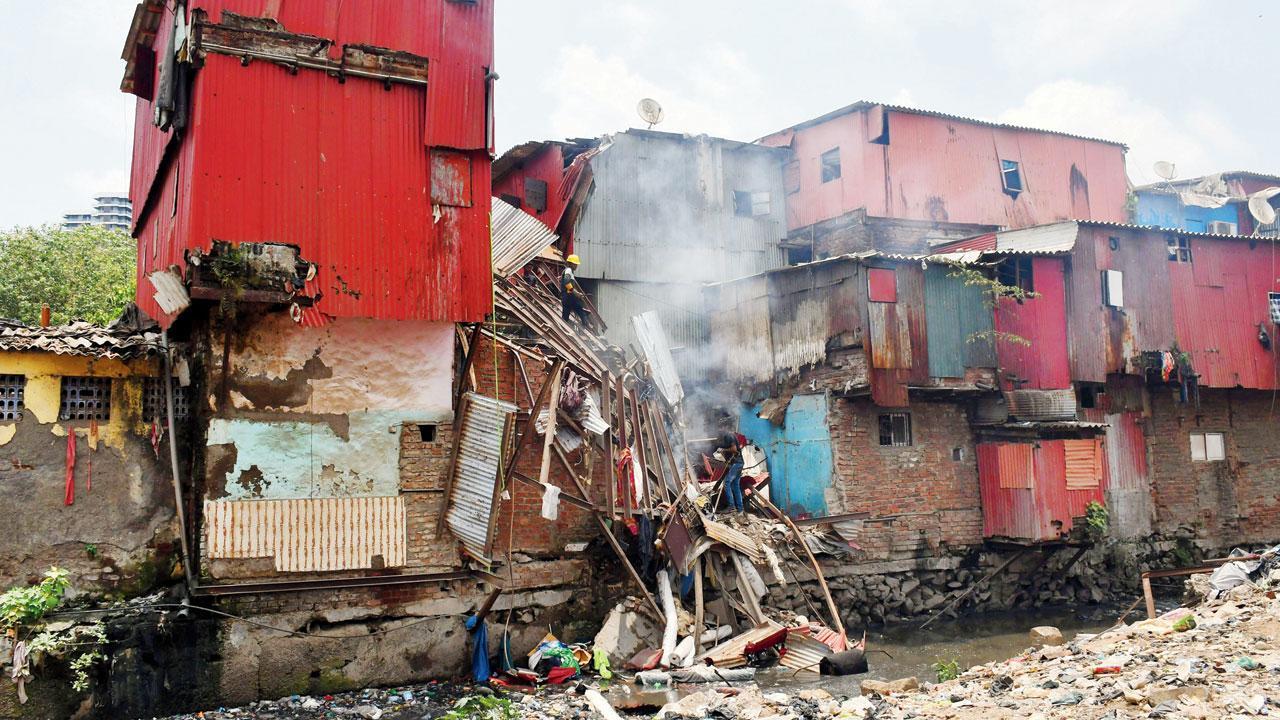 
The occupants of the two-storey structure that collapsed at midnight Wednesday, resulting in the death of one person and injuries to 18 others in Bandra, knew it was dangerous, but had no option, so did not move out. In fact, some of them, scared, were making a video of the cracks that had developed on the walls after the structure next to it was allegedly demolished, when it fell.

Witnesses and locals also claimed that the adjacent structure was pulled down a week ago by an SRA developer, damaging the structure that fell. The Bandra police have registered a case against the builder and contractors.

Shastri Nagar is adjacent to the west side of Bandra railway station. The congested slum of more than a few hundred two or three-storey structures has been under redevelopment for the past over 20 years. The SRA board mentions that the plan had been proposed in 1994. On Wednesday, around 12.15 am, one of the structures which is on the border of a clear land for SRA development, collapsed. 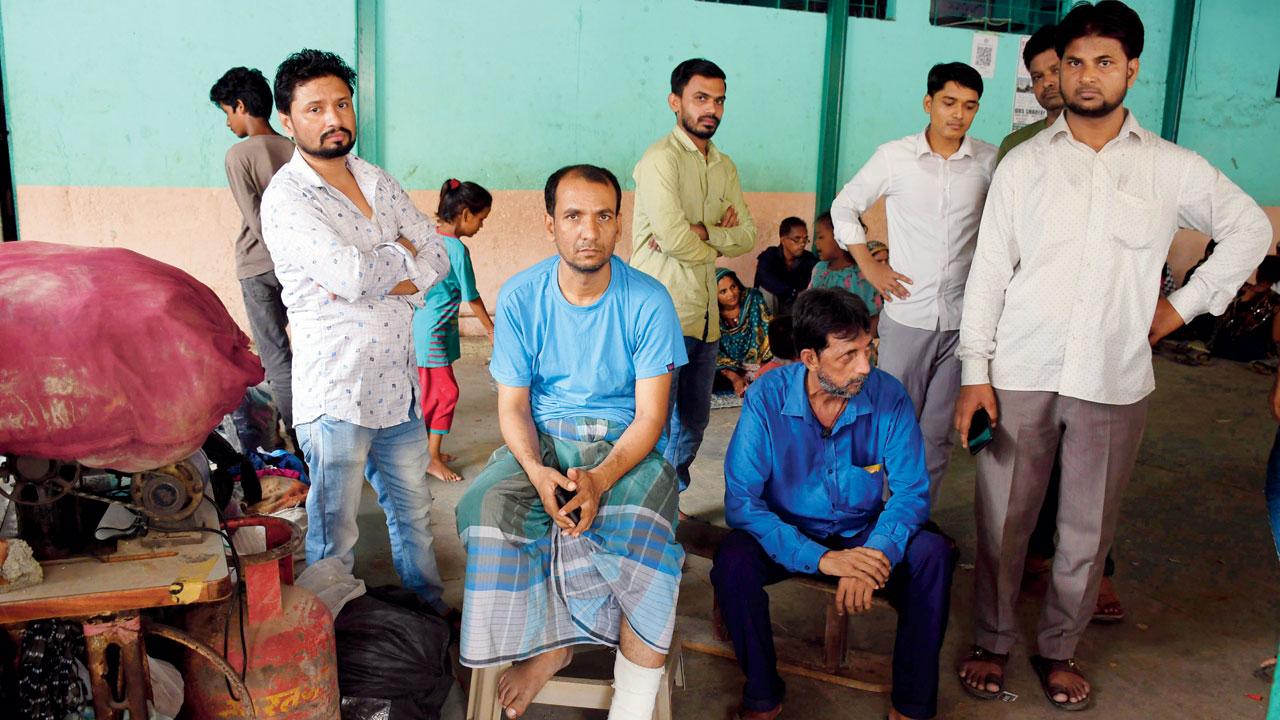 Sami Ahmad Shaikh, one of those injured

“We were sitting outside when we heard a loud noise and rushed to see the house collapse.  We quickly tried to pull those trapped and took them to Bhabha hospital,” said Mohammad Rashid Sheikh, a local who got injured while rescuing the occupants. He said all the people were on the first and second floors. In total, 19 people were injured. One of them, Shahnawaz Aalam, 55, was declared brought dead. Seventeen people were treated in the OPD. One person, Noor Alam Shiekh, 23, has been admitted and his condition is stable.

The police said there was a garments manufacturing unit on the ground floor and the first and second floors were occupied by labourers who had shifted from the adjacent huts a few days back, after they were demolished for the SRA project. The ground floor of the structure remained intact. The second storey collapsed on the first. A team from the Brihanmumbai Municipal Corporation (BMC) demolished the remaining part of the structure on Thursday. 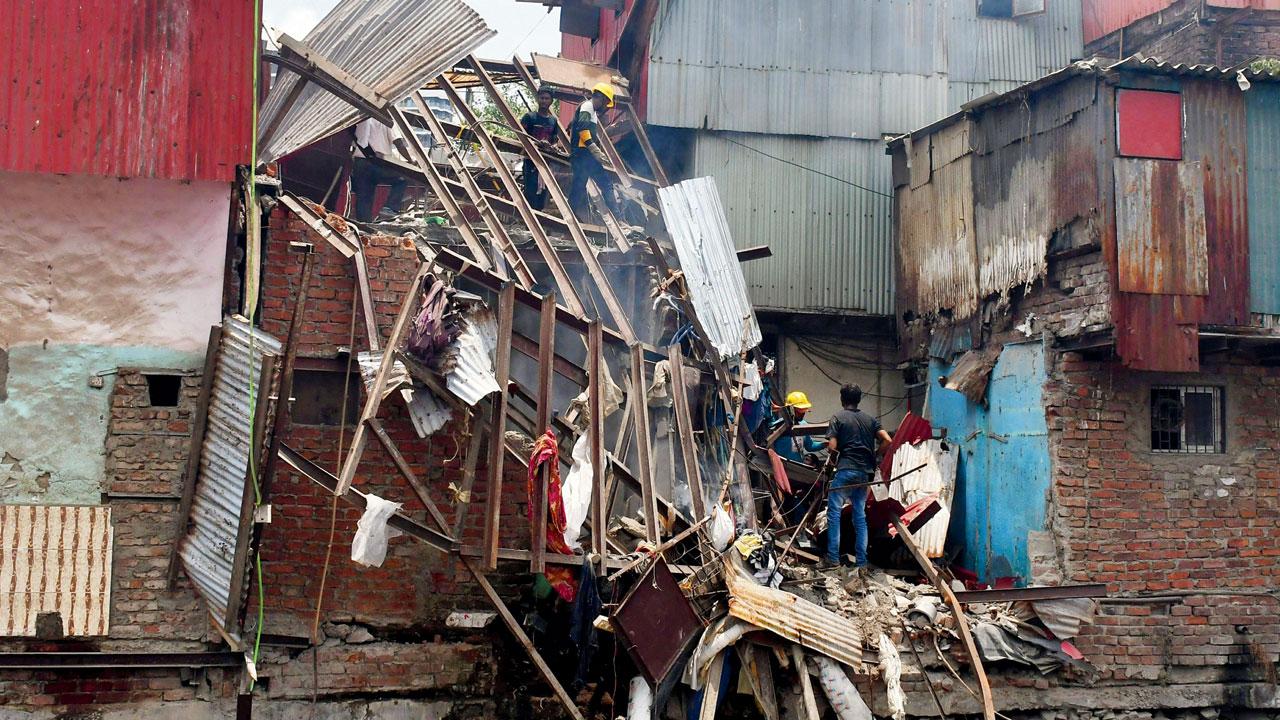 The ground floor of the structure was intact, but the second storey fell on the first storey

“On June 2, an adjacent structure at the back of the fallen house had been pulled down by the builder to clear the area. After that, the wall of the house slightly tilted to that side and on June 9, it fell,” said Sheikh. Sayyad Nazneen, who stays next to the collapsed structure, told mid-day, there was a common wall between the pulled down house and the collapsed structure. “The plaster on the wall came off and there were big cracks. And yesterday the whole structure fell. There was even a fire after a short circuit. Fortunately, it was quickly extinguished,” she said.

All the injured have been moved to a tent at Shastri Nagar SRA co-operative housing society. One of the injured, Mohammad Aalam said, “People rescued us and took us to the hospitals. In fact, we were making a video of the cracks that had developed on the walls after the other structure was demolished, when the house fell. We were going to send the video to the owner. We were scared of staying there. But there was no option.”

“”I am from Bihar and stayed here for the past 19 years. Even Shahnawaz Aalam was from Bihar and the body will be taken to his village today,” he added. A senior official from H west ward, said, “The land had been handed over to the SRA for redevelopment. The letter of intention was given and it is the builder’s responsibility to relocate the occupants safely.” 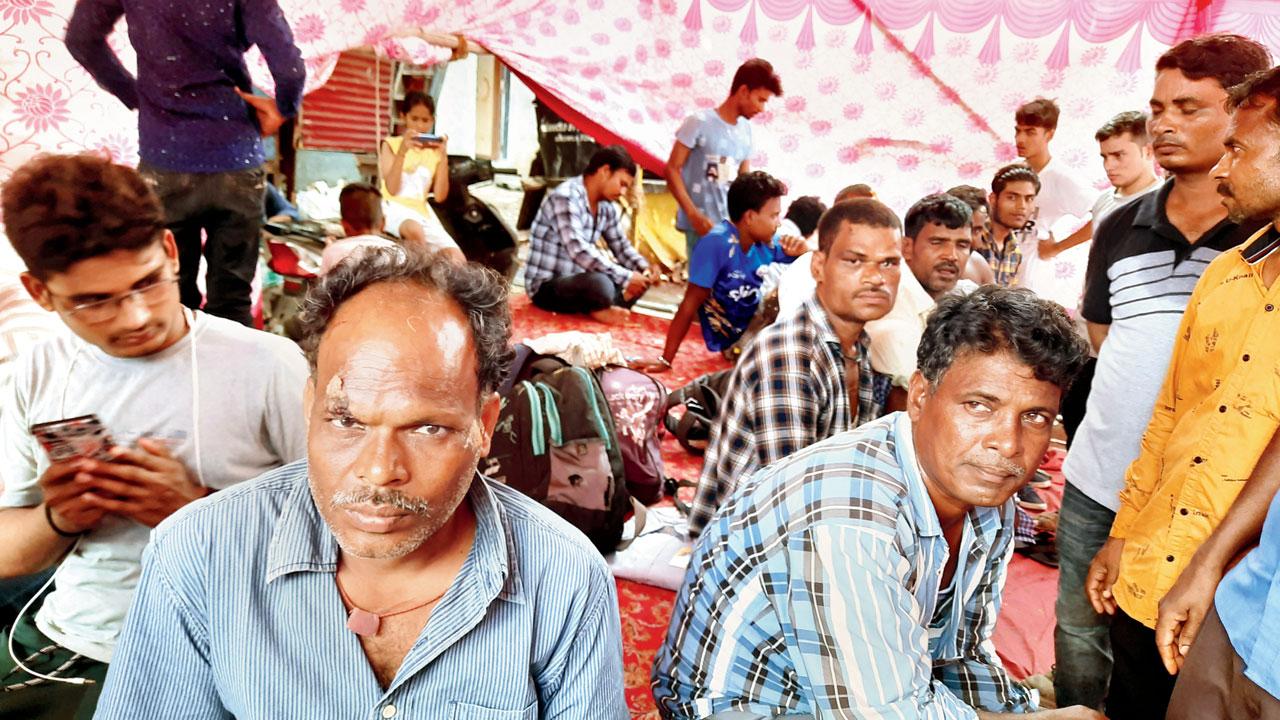 Affected residents at a makeshift camp after the mishap

Another official from the BMC, who was involved in the rescue operation, said that there might be a possibility that the structure was damaged when the adjacent structure was pulled down a few days ago. The stability of the structure might have been affected after it lost support.

FIR has been lodged

19
No. of occupants in the structure

Next Story : Mumbai: 3,431 fined on Day 1 of action against helmetless bikers and pillion riders