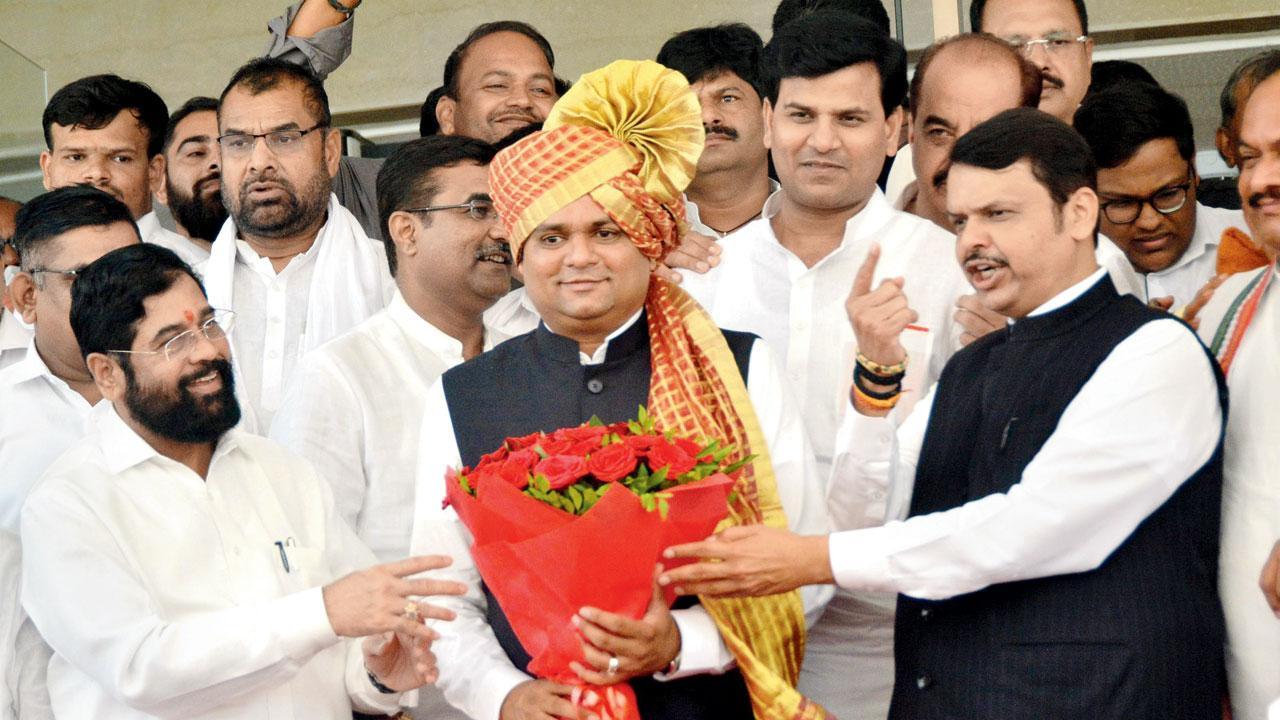 
As expected, the new state government nominee, Rahul Narwekar, won the Speaker’s post hands down, and took up a plea to act against the Uddhav Thackeray group’s 16 MLAs, who voted against Eknath Shinde faction’s directive in a special session of the Assembly on Sunday. In counter move, the deputy speaker, Narhari Zirwal, accepted the Uddhav Sena’s plea seeking action against the 39 colleagues from the Shinde camp, who had voted for Narwekar.

Zirwal is an NCP legislator, who had rejected a no-trust motion from the Shinde group after the rebellion broke out. The Supreme Court heard the matter and scheduled the next hearing for July 11. The court is likely to receive petitions in Monday’s developments as well.

Narwekar got 164 votes while MVA’s Rajan Salvi got 107. The house strength is 287 because of one vacancy. On Monday, a trust vote will come up. The 164 votes the government got in the Speaker’s post left nothing to guess. The Shinde Sena-BJP combine expects the same number in the trust vote on Monday. 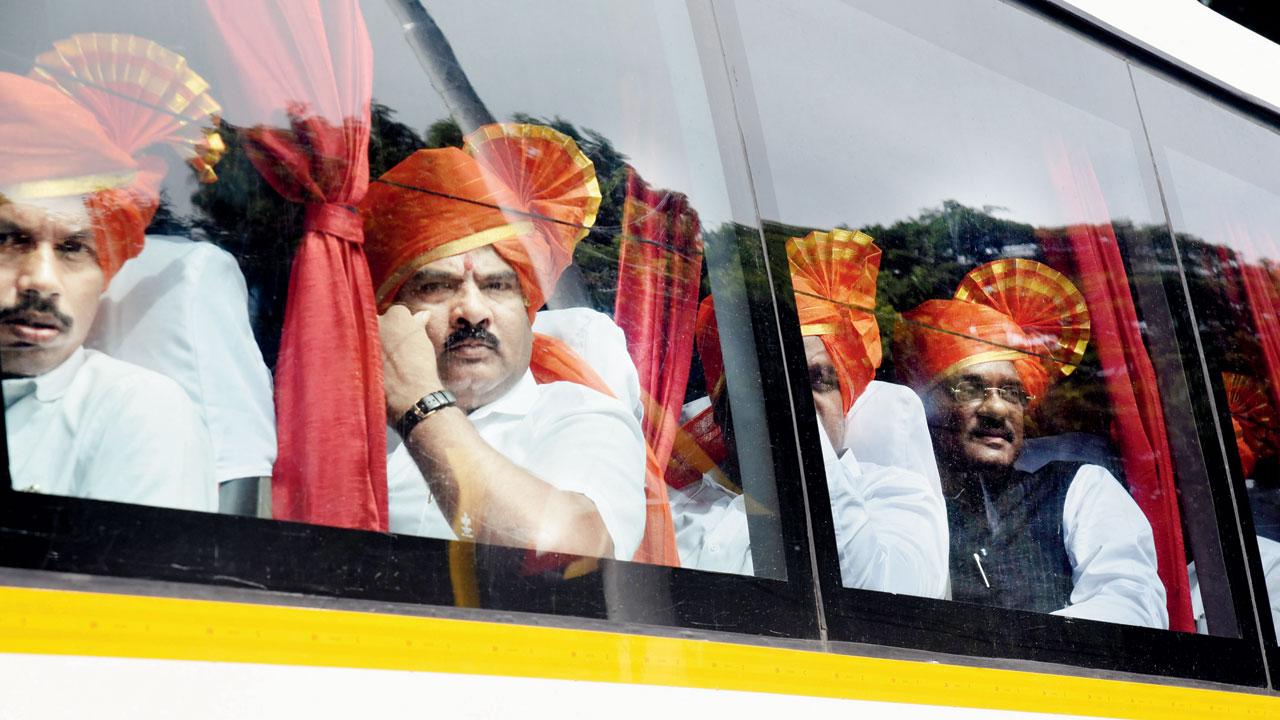 MLAs of the Eknath Shinde faction paid their respects at the statue of Balasaheb Thackeray at Colaba and then went to the Vidhan Bhavan on Sunday. Pics/Sameer Markande

In the Speaker polls, the NCP recorded the highest absence because its two MLAs are in custody, two couldn’t vote because of late entry, and three had taken leave of absence. One Congress MLA skipped because of his own wedding. The BJP’s two were absent because of illness. One of AIMIM’s two was present but remained neutral like the Samajwadi Party’s two MLAs.

Big thing for me: CM

Greeting the newly elected speaker,  Chief Minister Eknath Shinde came down heavily on the Sena, and said his emergence meant much more for a common worker like him who has followed the ideology of Balasaheb Thackeray and Anand Dighe. “This time the leaders of the government switched sides,” he said. He disputed Uddhav Sena’s claim that it was in touch with many rebel MLAs, but could never quantify or identify them. 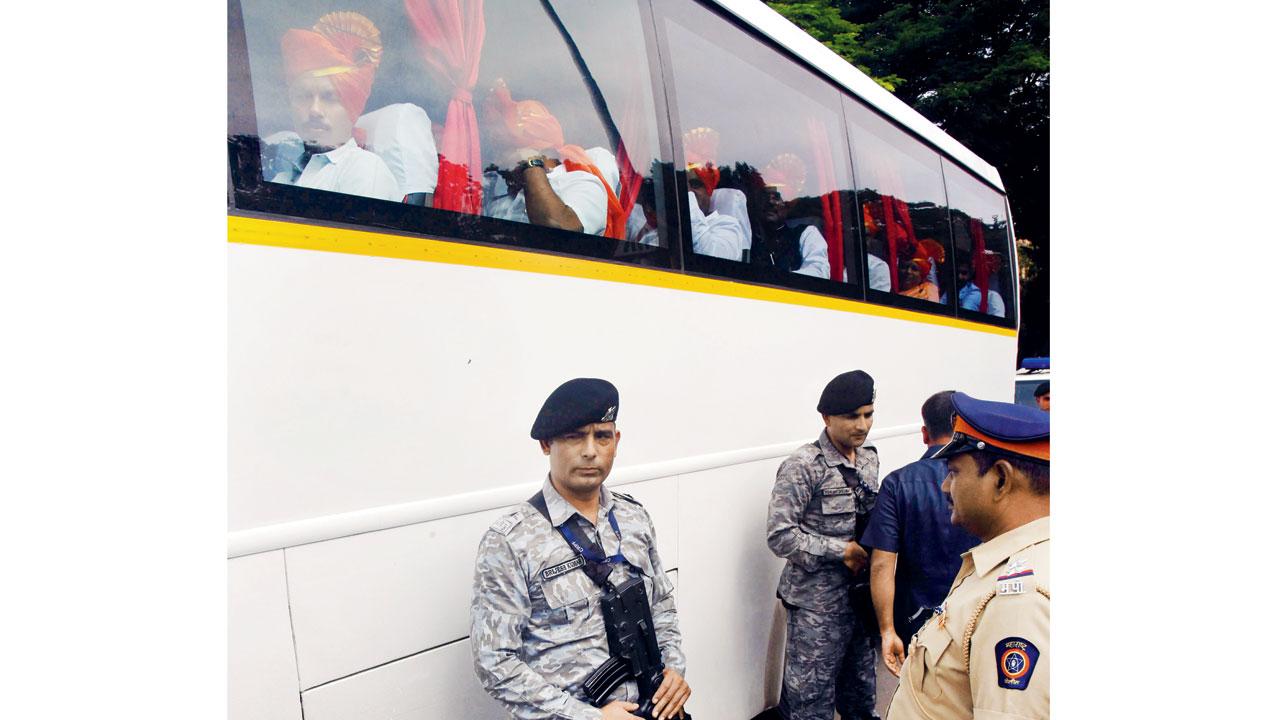 He thanked the BJP which has 115 MLAs for showing a large heart in making him the CM despite having only 50 MLAs on his side. Deputy Chief Minister Devendra Fadnavis assured that the government will work for the people of Maharashtra. “I congratulate the new speaker who is the youngest [45 years] in the country. I am confident that under his leadership the house will run smoothly and citizens will get justice.”

NCP leader Ajit Pawar turned out to be the most entertaining amid the tension and apparent rivalry. He took jibes at the BJP for accommodating so many frontline leaders from other parties. “I see many BJP seniors sitting in the back while the entire first row is from the NCP. Even the new speaker was with the NCP before he was in the Shiv Sena,” he said, adding that Narwekar knew how to influence the top leadership of the party. “He has left the original seniors of the BJP behind,” he said while the entire house broke into a loud laugh. 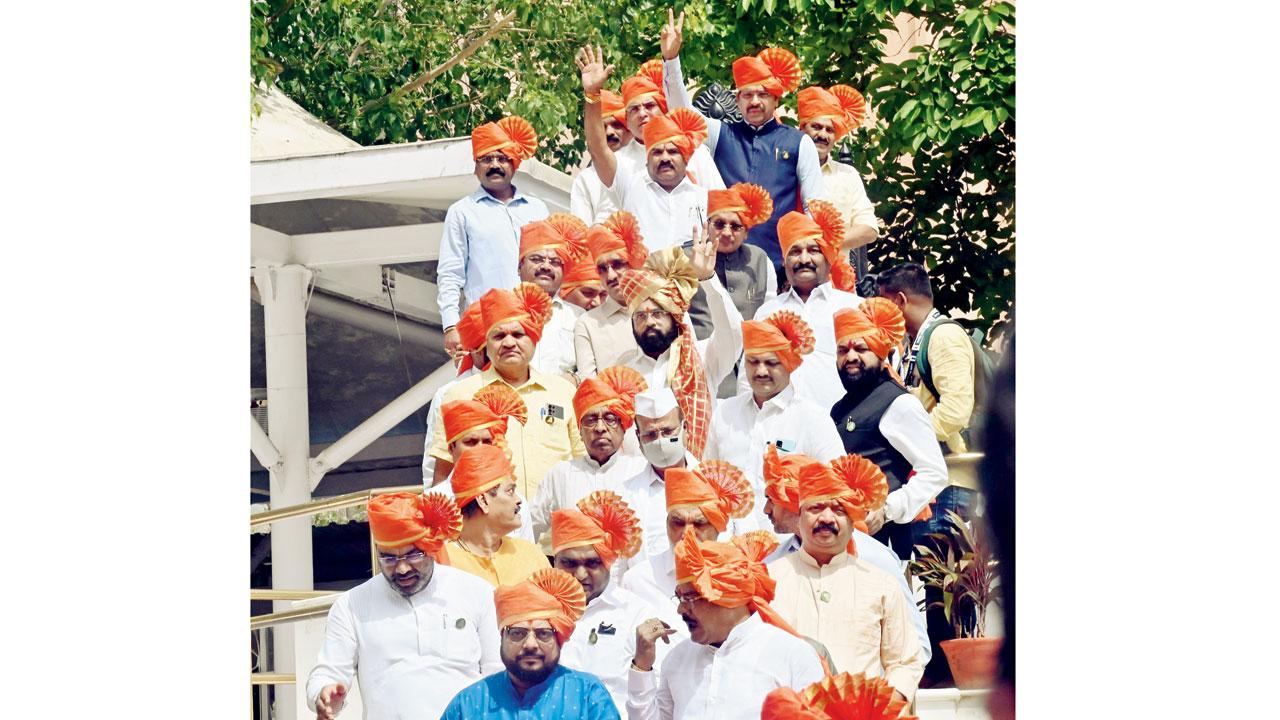 Chief Minister Eknath Shinde with MLAs of his faction at the Vidhan Bhavan on Sunday. Pic/Sayyed Sameer Abedi

Narwekar thanked the house profusely and assured unbiased handling. A lawyer, who represents Mumbai’s Colaba, he started his career as a city corporator. He has worked as Sena’s  spokesperson before shifting to the NCP which has his father-in-law Ramraje Naik Nimbalkar as the upper house chairman. Narwekar was also in his father-in-law’s house for one term. Later, he made the BJP his political home and won the 2019 Assembly election. Narwekar was seen seated behind the opposition leader and lawyer, Fadnavis, assisting with reference documents.

107
No. of votes that the MVA’s Rajan Salvi got