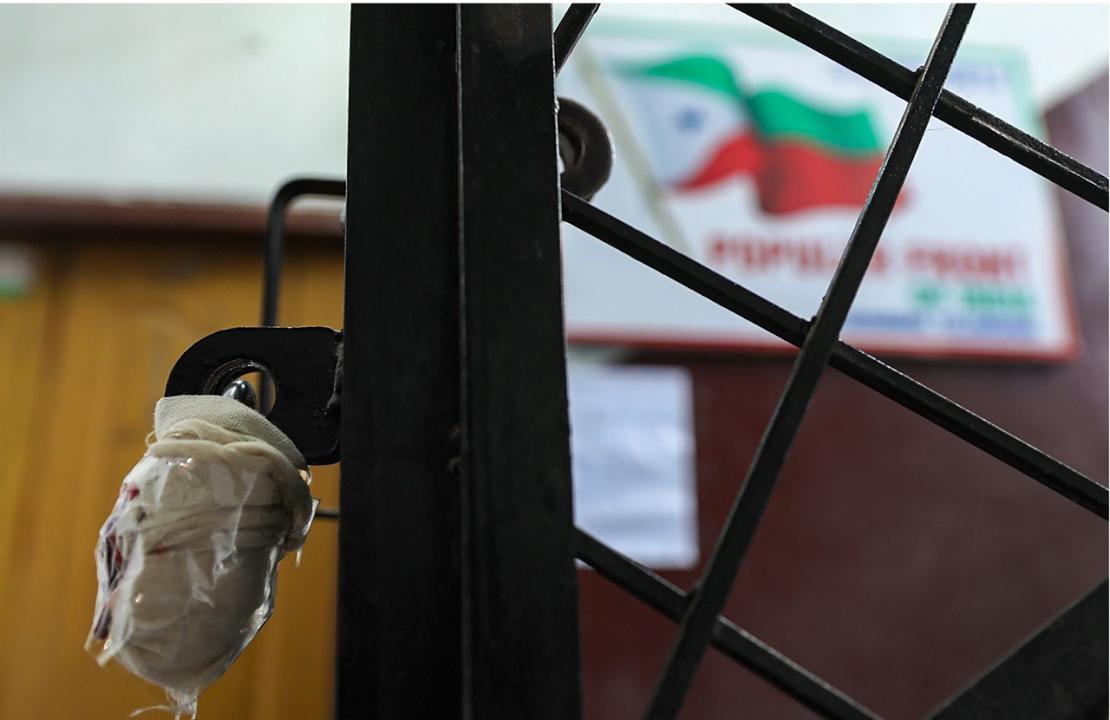 
After Centre banned Popular Front of India (PFI) for its alleged terror activities, the board of the banned radical Islamic outfit's office in Navi Mumbai was taken down on Wednesday by authorities amidst heavy security.

Officials told PTI that the office is located in sector 23 at Nerul.

Offices of PFI located in the Thane district are shut following the recent crackdown on its activists and the ban, reported PTI.

The police and crime branch officials arrested four activists of the banned organisation from Thane district- two from Mumbra and one each from Kalyan and Bhiwandi towns, on Tuesday during the state-wide swoop.

The Central government on Wednesday banned the PFI and several of its associates for five years under a stringent anti-terror law, accusing them of having "links" with global terror groups like ISIS.