Bus skipped a stop? Not any more, says MSRTC 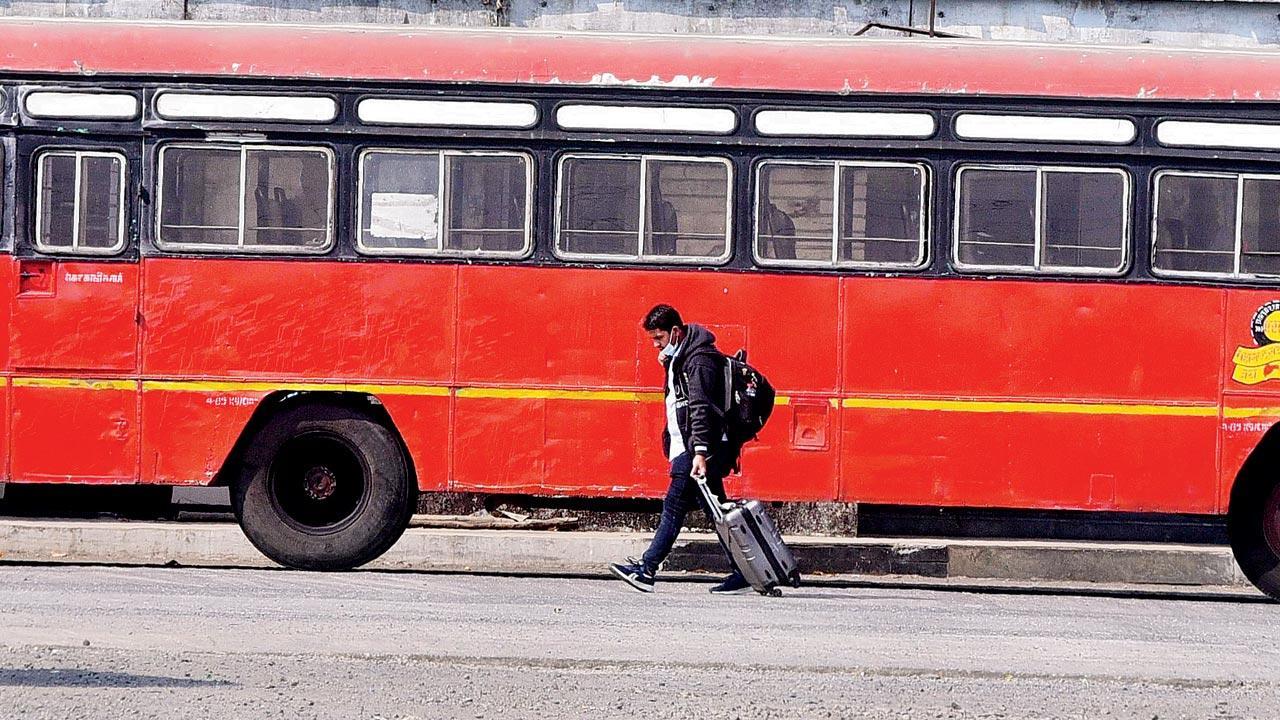 An MSRTC bus at its Kurla depot. File pic


The Maharashtra State Road Transport Corporation (MSRTC), which has one of the biggest public transport bus fleets in India, has now begun a crackdown on its bus drivers amid rising complaints from passengers about bus stop skips. The transport body has warned the drivers who do not halt buses at designated bus stops and use flyovers of action.

“Most of the MSRTC buses on highways do not halt at designated midway stops and just speed away. This leads to a lot of issues. Either remove the bus stop from the location or make provision for buses to halt there. One cannot have a bus stop and not make a bus halt there,” said Krishna Thengne, who was waiting at a bus stop on Eastern Express Highway.

Yet another passenger, Ravikant Pawar-Mane, said that many times, MSRTC drivers take the flyover and skip the stops below the flyover, leaving the passengers in the lurch.

Following persistent complaints, the MSRTC has issued a circular stating that ferrying the public should be considered as a top most priority and garnering revenue for the loss-making corporation.

“It has been noticed that despite repeated directives, instructions are not being followed by departments. Now, action would be initiated against drivers who do not follow this rule,” a notification from the MSRTC headquarters said.

“Inspections should be conducted along the routes and a list of ‘skip stops’ should be compiled from the software to verify if halts are being given or not, and appropriate action should be initiated,” the note added.