The two victims were heading to Mahad for a cricket tournament when an RMC truck driver took a sudden U-turn, crushing them under the rear tyre 
Two childhood friends died in a tragic accident on Jogeshwari-Vikhroli Link Road while heading from Goregaon to Mahad for a cricket tournament on Saturday morning. Parksite cops have arrested the driver of a ready-mix concrete (RMC) truck in the case for rash driving leading to the accident.

Anil Ghavali and Nilesh Sakpal were riding a bike when they came across a RMC truck which took a sudden U turn and rammed into them, killing both of them on the spot.

“The RMC truck driver had left from Mahul with cement mix and was rushing towards Powai. He took a left turn on JVLR and was approaching the flyover at Gandhi Nagar when he received a call asking him to return as the cement material was not up to standard. The driver found a gap in the divider and took an U turn, that’s when bikers came under the rear tyre of the truck,” a cop said. 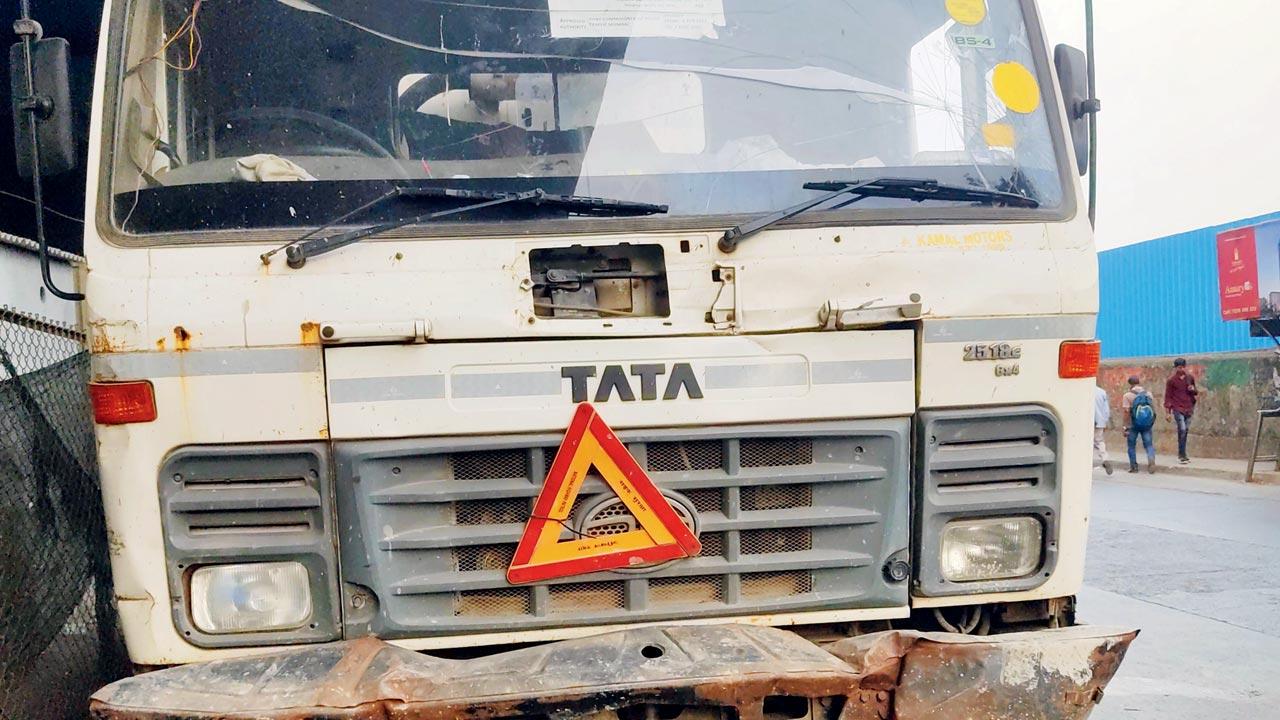 The RMC truck that led to the accident, killing them both

Archana Ghavali, wife of Anil Ghavali, said, “My husband and his friend left at 4 am and around 7 am a neighbour came over and said my husband and his friend met with an accident and were taken to Rajawadi Hospital in serious condition. Nilesh’s wife and I rushed to the hospital where we were told that both of them were declared dead at 6.15 am. The police officers informed us about the accident.”

Police checked the CCTV camera footage from the area and got the registration number of the RMC truck which had fled from the spot. The driver was arrested and booked under Sections 279 (rash driving), 304A (causing death by negligence), 338 (causing grievous hurt by act endangering life or personal safety of others) of the IPC and relevant Sections of the Motor Vehicles Act, 1988.

Anil and Nilesh were friends for more than 10 years. Nilesh would plan the tournament at his hometown every year and Anil would accompany him.

Archana told mid-day, “My husband and Nilesh were not close friends and used to go to Shivaji Park every Sunday to play cricket. Like every year, Nilesh told my husband that a cricket tournament was organised at his hometown in Mahad, so both decided to go on bike in the wee hours of Saturday.”

Ravindra Bhagat, their friend and social activist, said, “Nilesh had become a father just a week ago and held a naming ceremony on May 16. They had planned to go for the tournament on Saturday, and then return on Sunday evening.”

6.15am
Time when the duo was declared dead