"I got a call from the police a couple of days back. As soon as I got the notice, I appeared immediately," he said. Several attempts via calls and messages to Purvi Shah went unanswered 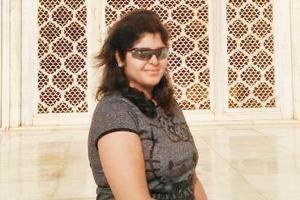 Purvi Shah had duped a Chinese nation of Rs 3.31 lakh


The Borivali metropolitan magistrate court on Thursday issued a bailable warrant against lawyer Purvi Shah for ignoring court summons issued to her for allegedly duping a Chinese national of Rs 3.31 lakh. Businessman Ranjeet Jha had cheated Han Shen, a financial adviser based in Shanghai, of R32 lakh on the pretext of marriage. Han had then hired Shah to help her file a case against Jha, but was duped by her as well. Several summons were issued to the duo but they never appeared before the court.

After mid-day's March 20 report on the unending cycle of court summons, the police summoned the two again. While the Malad police pasted a summons order on the door of Shah's office, the Kurar police called Jha and asked him to appear before the court on Thursday. The court directed Jha to be present at the next hearing and granted him bail on a bond of Rs 10,000. Jha lives in Malad East, whereas Shah is a resident of Malad West.

'Didn't know about the case'

"I have nothing to do in this matter, I am sandwiched in the fight between the two lawyers. Han's allegations are false. I came in contact with Han through one of our common friends who was working with her in Shanghai. I met her twice. I have already given back all the money she loaned me and I have said the same in my statement given to the Samata Nagar police four years back," said Jha. Jha claimed he did not know that there was a case against him and that the police informed him about the summons only a couple of days back. "I got a call from the police a couple of days back. As soon as I got the notice, I appeared immediately," he said. Several attempts via calls and messages to Shah went unanswered.

Next Story : Hunting season for bulls and bears