After their story went viral following mid-day's report on August 21, along with support on social media have come abusive messages, threatening them with dire consequences 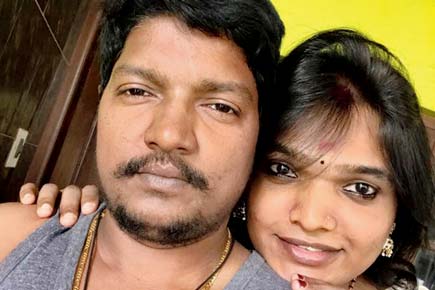 Not just in the movies, there are real-life villains as well, ready to threaten lovebirds. And that's what this Kerala trans-couple is facing - Aarav Appukuttan, who was born Bindu, and Sukanyeah Krishnan who was born Chandu. The two had met during their respective gender transformation treatment at Mumbai's Kokilaben Ambani hospital and fallen in love.

After their story went viral following mid-day's report on August 21, along with support on social media have come abusive messages, threatening them with dire consequences.

Talking to mid-day, Krishnan said, "Since our love story has gone viral on social media, we both have been getting death threats online from unknown users."

"So far, I have got seven death threats from unknown Facebook users. I replied to them, asking why don't they have the guts to post such abuse from their real accounts, instead of hiding behind fake accounts, but they didn't respond to that," she added.

A few days ago, someone even called on Krishnan's mobile phone and said 'Whatever you are doing is wrong. If you give an interview on TV or to any other media, we will see to it' and hung up.

Following the threats, the two had visited the Palace Road police station in Bengaluru on Saturday and submitted a complaint letter. The police have called the two on Tuesday to record their statement.

Appukuttan said, "There are many people who are against us. They don't like what we are doing, because of which we are receiving abusive messages on social media. They have attacked us in such deplorable language that I can't even repeat the words."

"There are others like us, who want to change their gender. Some people had been misguiding them. We started giving them the correct information and guiding them on the correct way to go about it. Hence, we started receiving threats. We lodged a complaint, after which officers transferred our case to the cyber crime cell, which is carrying out the investigations," he added.