The city witnessed one death in a span of 24 hours. According to the civic officials, a 47-year-old man suffering from another ailment lost his life after contracting COVID-19 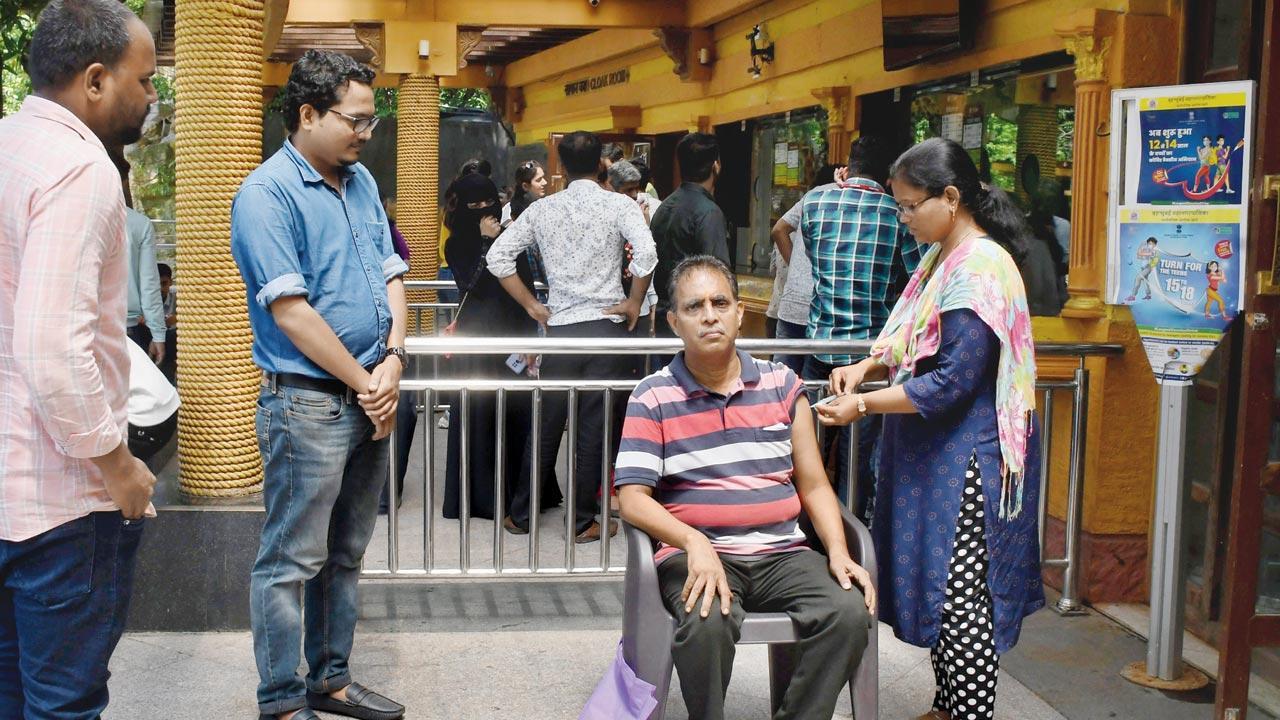 A Mumbaikar gets his COVID-19 booster dose at the Veermata Jijabai Bhosale Udyan. Pic/Ashish Raje


Mumbai registered a marginal rise in daily COVID-19 cases on Friday, at 290, according to the BMC’s updated data. On Thursday, 281 fresh infections were recorded in the city. A total of 9,202 samples were tested on Friday. The testing positivity rate stood at 3.15 per cent.

The city witnessed one death in a span of 24 hours. According to the civic officials, a 47-year-old man suffering from another ailment lost his life after contracting COVID-19.

Of the 290 patients who tested positive on Friday, 23 were hospitalised and five were put on oxygen support.

Currently, Mumbai has 1,797 active cases, and 178 patients are being treated in hospitals while 15 are on oxygen support.

Of the 1,997 cases in the state, 498 were reported in the Mumbai Metropolitan Region (MMR) and 640 from the Pune circle.

Six more people succumbed to the respiratory disease, according to the state health department’s report on Friday. Besides one death in Mumbai, Panvel, Sindhudurg and Kolhapur reported one fatality each, and Pune corporation reported two.

Next Story : Public toilet at Thane station now a store room for hawkers